What Are The Awards?

The “Oscars” of Management Thinking 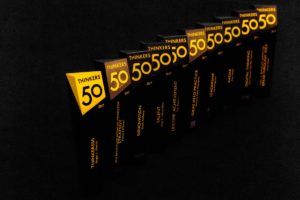 Thinkers50 — the first-ever global ranking of management thinkers — was created in 2001 by Stuart Crainer and Des Dearlove. A new ranking has been announced every two years since, and each is the culmination of an intensive Thinkers50 campaign to identify the very best management thinking in the world.

The Thinkers50 Distinguished Achievement Awards were introduced in 2011 as a way to recognize and celebrate business and management thinkers in a number of specific categories. The highly anticipated announcement of winners happens at our biennial Awards Gala.

The public is invited to participate in determining both the ranking and the awards finalists. In January of each odd-numbered year, nominations open and submissions are taken on our website. Awards nominations close in the summer, and those short-listed for each award are announced. Nominations for the ranking run from January to September. The ranking, and the names of award winners, are announced at our Awards Gala in November of odd-numbered years.

The Financial Times has dubbed the Thinkers50 Awards “the Oscars of Management Thinking.”

The T50 Breakthrough Idea Award celebrates a eureka moment in management thinking. It is given to a thinker whose radical ideas and insights have the potential to change the way we think about business forever. From Taylorism to The Fortune at the Bottom of the Pyramid, new ideas have challenged what we know about the business world. Where will the next management breakthrough come from?

Digital technology has transformed the world. It has also changed the way we work and even the way we understand ourselves as human beings. Which thinker’s research and insights shed the most original and valuable light on the new digital reality of business? The T50 Digital Thinking Award celebrates the thinker who has done the most to transform the digital revolution into useful management insights.

There is nothing so practical as a great idea. At Thinkers50 we value practical thinking that makes a valuable contribution in the real world. Equally, we admire organizations that are open to new ideas no matter what their source. The T50 Ideas into Practice Award celebrates the individual whose ideas have successfully led organizational change, putting new ideas to work.

If necessity is the mother of invention, then innovation is its nurturing father. The word innovate comes from the Latin to “make new.” The need for innovation has never been more pressing—in society as well as in organizations. The T50 Innovation Award recognizes the thinker who has contributed the most to our understanding of innovation in every sphere over the last two years.

Teams, corporations, and organizations of every kind demand and require leadership. Yet the nature of leadership and how we understand the role of the leader is constantly evolving and being reappraised. The T50 Leadership Award acknowledges thinkers who shed powerful and original new light onto this perennial and yet classic subject.

The Marshall Goldsmith Award for Coaching and Mentoring has been created to recognize positive differences and outstanding contributions being made by individuals in the field of executive coaching. This award is new for 2019.

The RADAR Award will identify the new thinker who has emerged over the last two years with the potential to change the world of theory and practice.

Where are you going and how do you intend to get there? This question lives at the heart of management and leadership. Strategy is arguably the intellectual and inspirational lifeblood of every organization. The T50 Strategy Award celebrates the very best of strategic thinking. If you were running a corporation, to whom would you turn for strategic advice?

In ancient Greece the talent was a unit of currency. Today, human talent has become the global currency, with organizations competing for the very best people from around the world. With changing attitudes toward work and new generations entering the workforce, the challenge now is to better understand how talented individuals work best and how they can be effectively trained, attracted, motivated and employed.  Research into talent has never been so globally urgent. The winner will have contributed original thinking or new practices.

The biennial Thinkers50 Rankings and Awards celebrate the best and brightest management thinkers in the world. The much-anticipated Awards Gala, held in November of odd-numbered years, is the culmination of a two-year Thinkers50 campaign to identify the very best new management thinking. The event brings thinkers and practitioners from across the globe, and features many of the world’s most exciting and insightful management ideas.