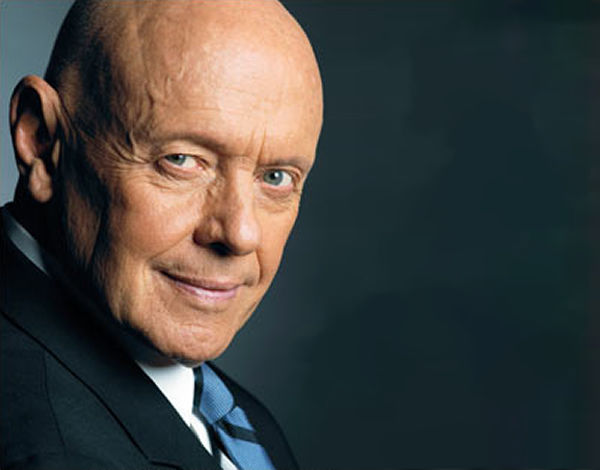 Stephen Covey is best known for his 1989 book The Seven Habits of Highly Effective People. The modern equivalent of Dale Carnegie’s How to Win Friends and Influence People, Covey’s book has sold over 15 million copies in 38 languages, and was on the New York Times bestseller lists for 250 weeks. Three of his other books – Principle-Centered Leadership; The Seven Habits of Highly Effective Families; and First Things First have all sold over a million, taking Covey’s total book sales above the 20 million mark.

Covey was recognized by Time magazine as being among the 25 most influential Americans. Covey’s “seven principles” are: “be proactive; begin with the end in mind; put first things first; think win/win; seek first to understand then to be understood; synergize; and sharpen the saw.” It is their very simplicity and accessibility that help explain Covey’s astonishing success.

In 2004, Covey published the 8th Habit: From Effectiveness to Greatness. And in 2008, he published The Leader in Me: How Schools and Parents Around the World are Inspiring Greatness, One Child at a Time