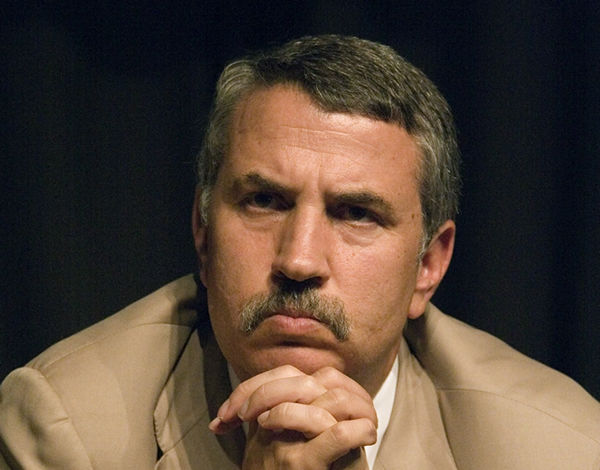 Triple Pulitzer Prize winner Thomas L. Friedman is best known for his work on globalization and as an op-ed columnist for the New York Times. Friedman sees globalization as an international system, which replaced the Cold War as a means of organizing the world. In his book The Lexus and the Olive Tree (1999) Friedman explored the phenomenon of globalization and the relationship between the quest for prosperity and development and the desire to maintain cultural identity and values.

In his follow-up book, The World is Flat (2006), he described a globalized world with decreasing economic and political barriers. Written after visits to India and China, Friedman wrote about the relentless march of globalization.

In Hot, Flat, and Crowded (2008) Friedman argues for a policy of “Geo-Greenism” in the face of climate change and increased energy competition. His most recent book, How America Fell Behind in the World It Invented and How We Can Come Back (2011) (with co-author Michael Mandelbaum), analyzes the state America is in today and identifies the challenges it must meet to prosper.