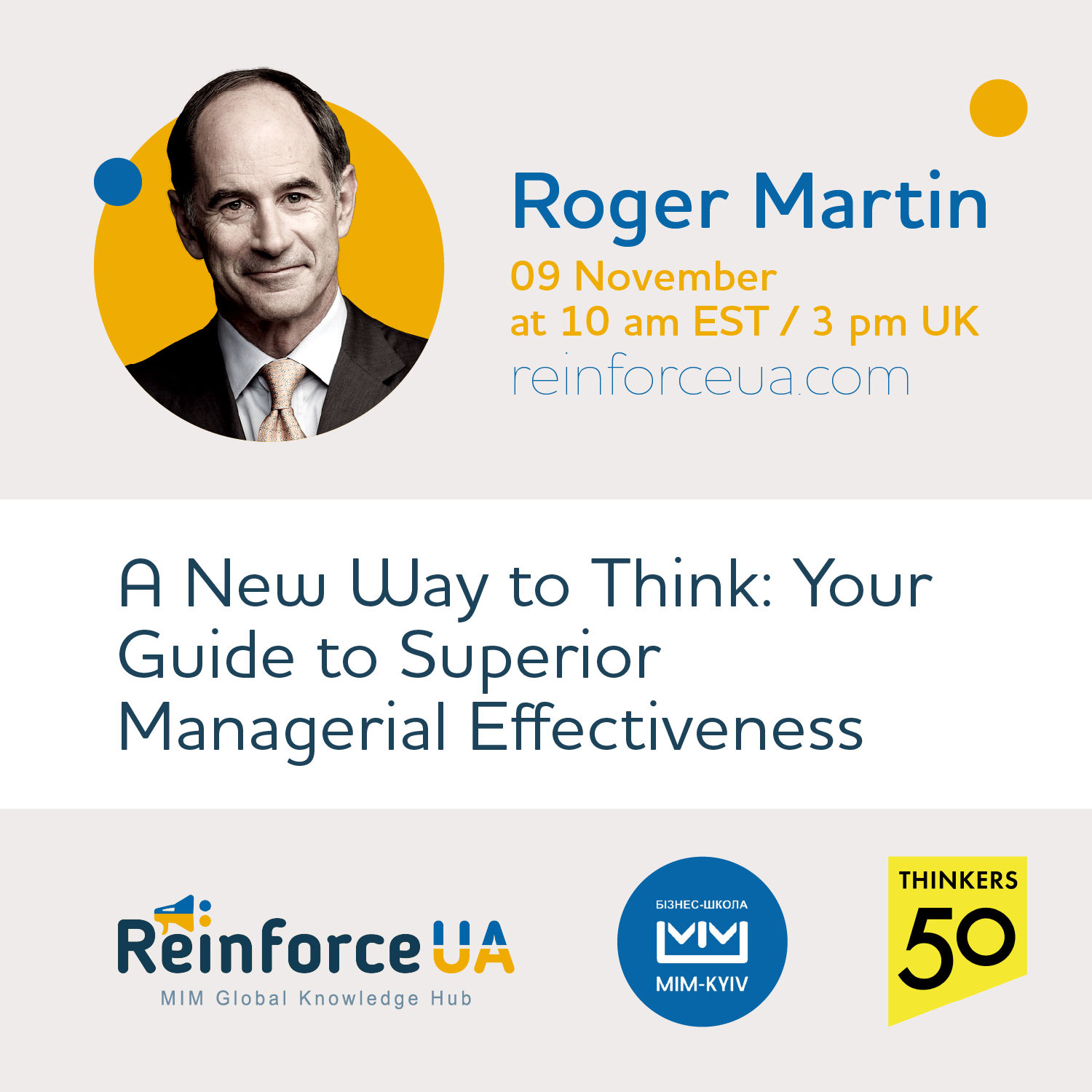 A New Way to Think: Your Guide to Superior Managerial Effectiveness

In 2017, Roger was named the world’s #1 management thinker by Thinkers50, a biannual ranking of the most influential global business thinkers.

Roger is a trusted strategy advisor to the CEOs of companies worldwide including Procter & Gamble, Lego and Ford.

Roger Martin is a Professor Emeritus at the Rotman School of Management at University of Toronto where he served as Dean from 1998-2013, Academic Director of the Michael Lee-Chin Family Institute for Corporate Citizenship from 2004-2019 and Institute Director of the Martin Prosperity Institute from 2013-2019. In 2013, he was named global Dean of the Year by the leading business school website, Poets & Quants.

Roger received his BA from Harvard College, with a concentration in Economics, in 1979 and his MBA from the Harvard Business School in 1981. He lives in South Florida with his wife, Marie-Louise Skafte.