Are You a Smart or Wise Innovator? 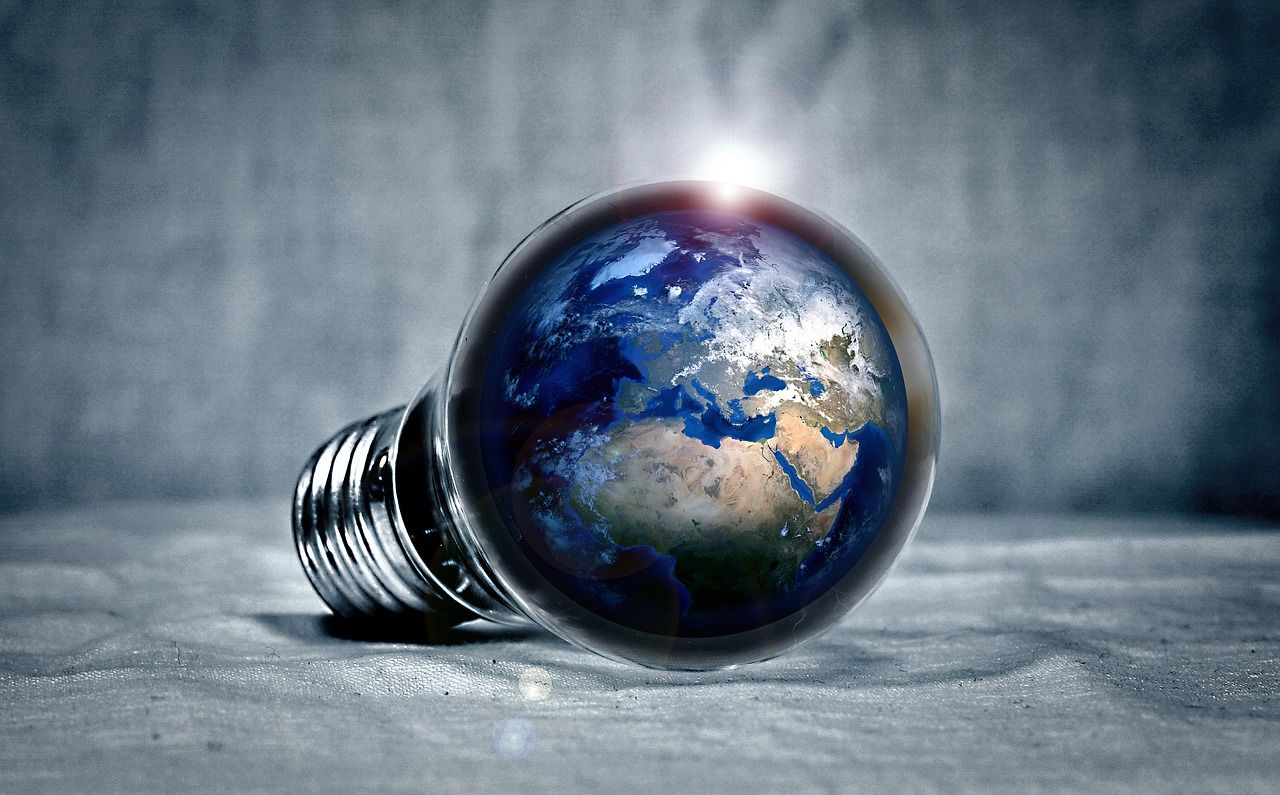 In September 2017, Juicero, a Silicon Valley startup, went belly up. Juicero had raised $120 million in VC money to develop a $400 Wi-Fi-enabled “smart” juice machine, that turned out to be as effective as squeezing a juice box with your own two hands! A month later, Teforia, the maker of a $1,000 Internet-connected “smart” tea infuser, shut down (don’t throw away your $20 kettle yet!). Gullible investors had pumped $17 million into Teforia.

In February 2018, Elon Musk’s company SpaceX successfully launched into space Falcon Heavy, the world’s most powerful rocket, with a Tesla Roadster on top of it, intending to put the $200,000 sportscar on Mars orbit. The car, carrying a mannequin named ‘Starman’, missed the Mars orbit and headed deeper into the solar system where it would slowly disintegrate. Musk claimed the “silly but fun” mission was a big success and would pave the way for future colonization of Mars.

As a Silicon Valley resident, I can’t help but shake my head in disbelief. Juicero and Teforia exemplify everything that is wrong with Silicon Valley: a bunch of super-smart entrepreneurs disconnected from reality who burn billions of R&D dollars to invent “smart” gadgets that nobody needs, or at best serve a tiny elite—when 70% of the people globally live on $10 or less per day. An aberration that led Sam Pitroda, former innovation advisor to the Indian Prime Minister, to note sardonically: “The best brains in the world are busy solving the problems of the rich, who really don’t have problems.”

It’s not just poor people in the so-called “third world” that need help. In the US, the richest country in the world, 63% of Americans don’t have enough savings to cover a $500 emergency. In a scathing blog, Umair Haque, a leading management thinker, questioned the wisdom of Musk’s Mars colonization plan by asking: “Does launching cars into space matter when life expectancy (in the US) is falling (and) the average American is dealing with no retirement, no decent healthcare, no stability, security?”

Here on Earth, humanity is grappling with not just one but 17 mega-issues, which the United Nations categorized as the Sustainable Development Goals (SDGs). These SDGs range from combatting climate change to achieving gender equality to ending poverty and hunger to providing everyone access to clean water and energy and affordable healthcare. The UN wants all nations to achieve SDGs by 2030 in order to build inclusive, healthy, and thriving societies. Sadly, the UN reckons today that most countries—especially the US—are falling way behind in meeting these SDGs.

I no longer believe the smart Silicon Valley entrepreneurs are going to save Earth. Why would they when they are more interested in colonizing Mars? If we want to build an inclusive, safe, healthy, and sustainable world we need a new breed of innovators. More specifically, we need a new innovation mindset. Einstein famously said: “We can’t solve problems by using the same kind of thinking we used when we created them”. We need creative problem-solvers who think, feel, and act very differently. What we need are wise innovators.

What is wisdom? Wisdom is the application of intelligence to serve a larger purpose. Wise innovators use their smartness not to enrich themselves—as Silicon Valley entrepreneurs do—but to uplift humanity. Specifically, wise innovators:

Lead with a business mind, social heart, and ecological soul: Wise innovators don’t live from the neck up (in their brain). They are in tune with their heart—the seat of compassion and generosity—and feel deeply connected to Nature, rather than being separate from it. They go well beyond mindfulness: they practice “wholefulness” and lead with their entire being. Take Eileen Fisher, the CEO of the eponymous clothing company. In a sector obsessed with speed, Fisher is pioneering “slow fashion” by introducing fewer but more durable clothes. Way back in 1997, Eileen Fisher (EF) set up a Department of Social Consciousness (a world first!) that raises awareness and supports women through social initiatives that enhance their well-being. It has created better working conditions for its contractors in developing world (EF pays them above industry average). With the aim to become the most sustainable apparel firm, EF is investing in organic materials, eliminating chemical dyes, reducing drastically use of water in production, and incentivizing clients to bring back their old clothing that it “up-cycles” using the talent of young designers.

Build platforms that amplify the talent of others. Rather than show off their smartness, wise innovators are what leadership expert Liz Wiseman calls “multipliers”: they amplify others’ intelligence and help realize their fullest potential. Eben Upton, the inventor of the Raspberry Pi, is a multiplier. Raspberry Pi is an open-source microprocessor that costs only $35 (a slimmed-down version sells for just $5). Initially intended to teach computer programming to kids, Rasberry Pi has sold over 15 million units to date! Scores of entrepreneurs worldwide are now using Raspberry Pi as a building block to develop solutions to address major socio-economic problems. The NGO Learning Equality uses it to deliver educational content in remote Indian and African schools without Internet connectivity. HeartFelt Technologies, has built a non-intrusive Raspberry-powered device that can monitor heart failure at home (heart failures cost the UK over £2 billion a year).

Co-create value with an ecosystem of partners. Wise innovators don’t view their interactions with others as a zero-sum game ruled by the formula “1+1=0”. Instead, they staunchly believe in the synergistic formula of 1+1=11. With great humility and an open mind, they engage with partners in public and non-profit sectors to co-build win-win solutions that serve a larger purpose. Emmanuel Faber, CEO of global food giant Danone, is a such a “synergizer”. Faber set up an open-ended investment fund, Danone.Communities, that finances and works closely with social entrepreneurs to co-build inclusive business solutions that alleviate poverty, give access to clean water, and improve nutrition in local communities. Today, Danone.Communities supports 10 social ventures in seven countries that reach 1 billion beneficiaries.

What kind of innovator are you?

Navi Radjou is an innovation and leadership advisor based in Silicon Valley. He won the Thinkers50 Innovation Award for 2013. He is coauthor of Jugaad Innovation, Frugal Innovation, and From Smart To Wise. 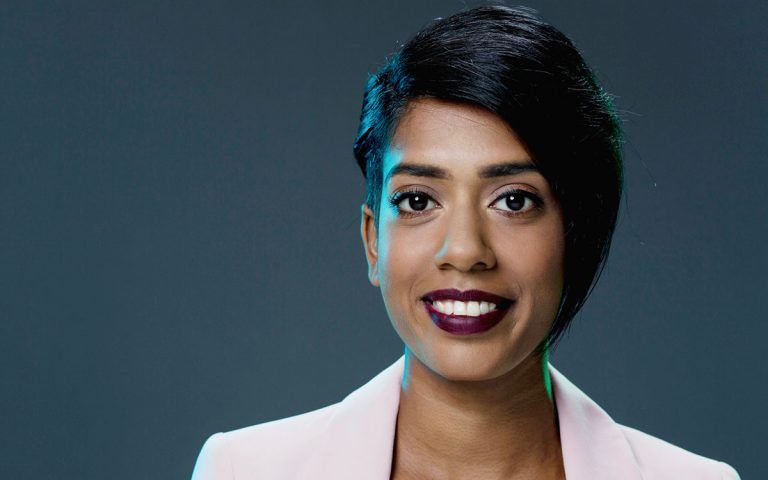 PrevPreparing for the Rise of the Robots
Hard RehnNext
PrevPrevious
NextNext
We use cookies to ensure you get the best experience on our website and continuing implies your consent - Read our full cookie policy Okay, don’t show me again
We Use Cookies...