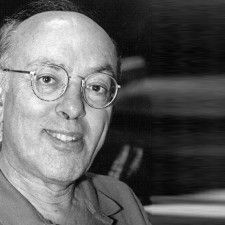 Henry Mintzberg was once labelled the enfant terrible of management thinking. His 1973 book, The Nature of Managerial Work, challenged the managerial status quo. Mintzberg examined what real managers actually spent their doing and concluded they weren’t as cerebral nor as scientific as others would have us believe. Over the last four decades, Mintzberg has continued to plough an idiosyncratic but compelling intellectual furrow. His latest book, Managing, brings together many of Mintzberg’s common themes as he seeks to establish what managers do and should be doing ? and the implications of this for organisations and educators. He talked to Stuart Crainer.

Your new book was quite a long time in the gestation.

They’re all about the same though it depends where you start counting! In terms of sequence all the books I am the main author of have taken around five years — Managers Not MBAs in 2004, before that it was Strategy Safari (1998), The Rise and Fall of Strategic Planning (1994), Mintzberg on Management (1989), Power In and Around Organizations (1983), The Structuring of Organizations (1979) and The Nature of Managerial Work in 1973.

It is amazing how few books are actually written about what managers actually do.

Mind-blowing, isn’t it? I could only find one person, a guy in Sweden, who was actually devoting much of his career to researching the practice of management. Then there is Rosemary Stuart in the UK. Why aren’t they doing it? It’s an interesting question. Perhaps managers are regarded as gods and you don’t dare approach them?

I think the problem is they’re not gods, as your book points out!

Yes, ordinary, flawed human beings like the rest of us. I think that researchers in business schools these days are being drawn to narrower and harder subjects they can be more ‘rigorous’ about. There’s nothing rigorous about most of this research, a lot of it’s nonsense, but in the sense of academic journals it is rigorous with fancy hypotheses, tested in all kinds of ways, which never, or rarely, bring any insight. They don’t look at things holistically and they don’t look at the big question, or they shoot their mouths off about leadership without really getting into any depth.

I suppose that leadership is seen as sexy and management is desperately mundane in contrast?

Yes, doctors and surgeons refer to scut-work. They turn to the nurse and say, ‘You close them up’, that’s scut-work. The narcissistic view of leadership has taken organisations off the rails.

Do you want to make management sexy or do you just want to redress the balance between management and leadership?

Neither. I certainly don’t want to make management sexy, I want it to be recognised as a basic, fundamental human activity, and I don’t want the focus to be on management versus leadership. I think that’s more of a corrective thing, to realise that leadership isn’t better than management. I want people to recognise one component of management is leadership but there are lots of other components — information, action, how you involve yourself, how you connect, and all sorts of things.

There’s a sense that the way leadership is portrayed is black and white, there’s good and there’s bad, and the reality of management is complicated and contextual; it’s shades of gray?

One of my favourite conundrums is how do you stay connected when the very fact of being a manager disconnects you from what you’re managing? In other words, yesterday you were an engineer, today you’re managing engineers so you’re no longer doing engineering, so how do you face that?

Given the time that has passed since your first book on managerial work, what has changed?

The content of managing changes all the time — what you’re dealing with, how your industry is structured — but the process I don’t think changes. The one, big thing that I do talk about is the internet and especially email, but I think that’s just reinforcing problematic behaviour. So I think it’s just making it worse but I don’t think it’s changing it fundamentally. One thing that I admit has changed is that management has been ignored in favour of leadership.

Hasn’t the change in communication really affected the job of management?

The ability to communicate through email has certainly changed some practices, but managers who rely on email to communicate with their people are in deep trouble. It is a narrow form of communication that’s wonderful for getting a lot of data moved around quickly, and for short things (that’s why Twitter is its most appropriate form), but it’s not the way to communicate fully, richly.

There’s a generational thing there as well though, isn’t there? For the younger generation of managers shallow and immediate is fine.

It’s whether that’s going to prove to be good management and that might be another factor behind the current crisis: people have been managing too superficially. The occupational hazard of managing is superficiality, and these things could make it worse.

All of this poses questions for business education. Are things changing in business schools for the good because you’ve been criticising them for a long time?

The short answer is, no. For the most part, especially in the US and less so in the UK, I think they just don’t get it, that you can’t create a manager in the classroom and that cases are learning from other people’s experience, which is fine but it’s so much more powerful to learn from your own experience as a manager.

I’m always optimistic because there’s always wonderful people and wonderful behaviours and great things going on. But I am pessimistic about a lot of the trends because I think people are losing it and they don’t realise that they’re losing track of things.

There is a sense with Managing that you’ve gone full circle back to 1973. Does it feel like a natural progression for your career?

It’s sort of closure in a way. I mean, I had a first shot at it, and managing hasn’t changed but I’ve changed, or at least my views of it. They haven’t changed in the sense that I would repudiate much of what is in that first book, but I think I see much more deeply into it, so it is a way of closing the circle, because I want to get into more, broader social issues.

I’ve been collecting material for 15 years or so, on getting past Adam Smith and Karl Marx towards a balanced society. That’s a major political polemic. I’m actually finishing something now, not so much a book more like a monograph called Managing the Myths of Healthcare.