Dancing with Gorillas in the Land of the Dragon 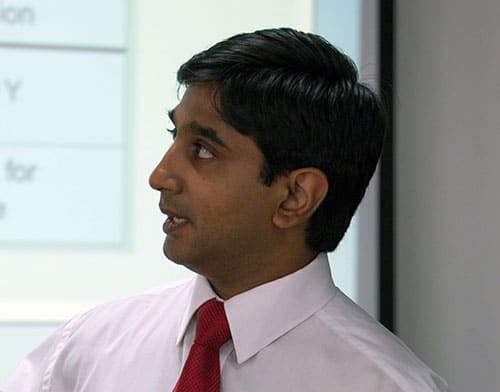 How Chinese Startups can Partner Effectively with Large Multinationals

Startups in emerging economies like China are increasingly ambitious in the scope and scale of the technological innovations they seek. However, realizing the dream of achieving genuine high-level innovation will not be easy for startups, because China, like most emerging markets, has significant limitations.

First, sophisticated entrepreneurial ecosystems have only begun to emerge recently – and even these are scarce. Despite growing access to venture capital funds in China and India, the competition is fierce, and it is not easy for ventures to stand out from the crowd.

Second, sophisticated technological expertise is not easily accessible locally. Even though China has some very strong domestic companies in e-commerce, these companies are usually successful because of major innovations in their business model rather than in their technology per se.

Who then can help Chinese startups to realize their ambitions of achieving higher levels of technological innovation by overcoming these obstacles? My research in China for the past four years, which builds on earlier work on what I call “dancing with gorillas” – startups partnering with largely multinationals –undertaken with Julian Birkinshaw and others, suggests that foreign multinational corporations constitute an important, but often overlooked, potential partner.

Why would multinationals want to partner with Chinese startups?

Of course, an obvious question is: why would large multinationals with a global reputation want to partner with startups in China? There are three important reasons.

The first applies to all markets: multinationals have come to realize that they cannot be self-sufficient in innovation – and that they often need to collaborate with other companies, especially startups, to access novel ideas and technology. To illustrate, Intel have introduced “Maker Labs” that support startups in many cities of China including Beijing, Hangzhou, Shanghai and Shenzen.

The third is specific to China: multinationals are constantly seeking to improve their performance in China. Many have been struggling in the face of growing competition from domestic companies. One of the ways in which multinationals may try to improve their reputation with local stakeholders is to align their strategies with the priorities of the Chinese government. Unsurprisingly, many multinational corporations like IBM and Microsoft have introduced their startup engagement programs in China.

How can multinationals help innovative Chinese startups to achieve their dreams?

Consistent with my research in other countries as well, foreign multinationals can have useful benefits for Chinese startups that help them tackle each of the obstacles identified above.

First, in terms of compensating for less sophisticated entrepreneurial ecosystems, partnering with a large multinational can be an important source of legitimacy that then allows a new venture to get the attention of potential funders more easily. Legitimacy is conferred on promising startups by targeted efforts by multinationals to showcase them to potential funders. Microsoft’s accelerator within their research facility in Zhongguancun (a district of Beijing dubbed the “Silicon Valley of China”) has graduated over 100 start-ups that have collectively raised funding of nearly $1 billion serving over 500 million customers and creating more than 10,000 jobs.

Second, in terms of accessing technological expertise, large multinationals represent an important source of learning for Chinese startups. Multinationals like Amazon, IBM, Microsoft, Qualcomm and SAP are all at the cutting edge of their respective technological areas. Many of these multinationals have research labs in China which innovative startups may be able to access for further refinement of their products.

Third, in terms of finding appropriate go-to-market strategies, the multinational’s distribution channels can be a potent source of trade leads which new ventures can pursue, especially when targeting enterprise customers in B2B markets. To illustrate, startups in IBM’s Global Entrepreneur Program gain valuable sales and marketing support from relevant IBM teams for solutions that complementary to the multinational’s technologies.

Based on my research in China for the past four years I have identified four important lessons that startups in China should pay attention to in order to succeed in partnering with large multinationals.

The choice of the partner needs to “fit” with the opportunity.

Even after starting a relationship with a multinational, one of the great challenges for startups is to get the attention of the key people within that company. In fact, startups are often competing with each other for multinational managers’ attention. To increasing their chances of attracting multinationals’ attention, startups should try to come up with a clear and tangible outcome – which is related to some priority of the multinational. In the early stages of its relationship with Microsoft, Gridsum developed an innovative application on Silverlight when Microsoft first introduced this technology. This was a clear, tangible outcome which Microsoft’s Silverlight sales team could promote heavily in China.

Lesson #4: Adjust your approach depending on your location.

In a vast country like China, not all new ventures are located in places like Zhongguancun that have a reputation for technology – which makes it easier to forge partnerships with large MNCs. New ventures in other locations should be alert to nonobvious opportunities. For instance, a few new ventures in Ningbo were able to leverage the city’s Smart City initiative – which isn’t obviously a platform for multinational-startup collaboration – to form partnerships with large MNCs such as IBM, which had established a local research facility to develop solutions for Ningbo’s smart logistics program. This created the opportunity to establish a new venture called Ningbo Smarter Logistics that worked closely with IBM. And more importantly, this entity could also act as a bridge between the multinational and other local start-ups.

As China makes purposeful strides in seeking genuine technological innovation, partnering with multinationals is one important strategy that could help ambitious startups up their game and fulfil their dreams in a manner that is a win-win, both for the startup and the “gorilla”.

Dr Shameen Prashantham is an Associate Professor of International Business & Strategy at CEIBS. He is the author, Born Globals, Networks and the Large Multinational Enterprise (Routledge, 2015) and The Internationalization of Small Firms (Routledge, 2008). A version of this blog was previously published in Harvard Business Review China.