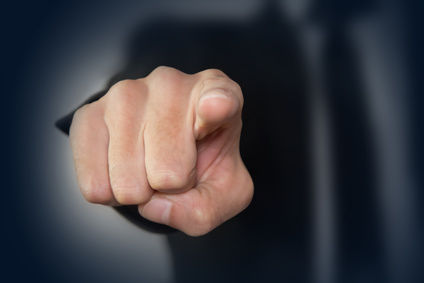 Leaders make decisions and enable others to make them. Easier said than done.

‘The essence of ultimate decision remains impenetrable to the observer – often indeed, to the decider himself … There will always be the dark and tangled stretches in the decision-making process – mysterious even to those who may be most intimately involved,’ said John F Kennedy.

There is an air of mystery which lies at the heart of decisions and decision making. An entire academic discipline, decision science, is devoted to understanding management decision making. Much of it is built on the foundations set down by early business thinkers who believed that under a given set of circumstances human behavior was logical and therefore predictable. The fundamental belief of the likes of computer pioneer Charles Babbage and Scientific Management founder Frederick Taylor was that the decision process (and many other things) could be rationalized and systematized. Based on this premise, models emerged to explain the workings of commerce which, it was thought, could be extended to the way in which decisions were made.

The belief in ‘Decision Theory’ persists. Indeed, most management books and ideas are inextricably linked to helping managers make better decisions. Strategic management, for example, was a model by which strategic decisions could be made. Unfortunately, it was a model which demanded vast amounts of data. As a result, enthusiastic managers turned themselves into data addicts rather than better decision makers. Decisions were perpetually delayed as more data was gathered in order to ensure the decision would be 100 percent certain to work. ‘Paralysis by analysis’ became commonplace.

There are now a profusion of models, software packages and analytical tools which seek to distill decision making into a formula. Decisionmaking models assume that the distilled mass of experience will enable people to make accurate decisions. They enable you to learn from other peoples’ experiences. Many promise the world. Feed in your particular circumstances and out will pop an answer. The danger is in concluding that the solution provided by a software package is the answer.

Whether in a software package or buried in a textbook, decision theorizing suggests that effective decision making involves a number of logical stages. This is referred to as the ‘rational model of decision making’ or the ‘synoptic model’. The latter involves a series of steps – identifying the problem; clarifying the problem; prioritizing goals; generating options; evaluating options (using appropriate analysis); comparing predicted outcomes of each option with the goals; and choosing the option which best matches the goals.

Such models rely on a number of assumptions about the way in which people will behave when confronted with a set of circumstances. These assumptions allow mathematicians to derive formulae based on probability theory. These decision-making tools include such things as cost/ benefit analysis, which aims to help managers evaluate different options.

Alluring though they are, the trouble with such theories is that reality is often more confused and messy than a neat model can allow for. Underpinning the mathematical approach are a number of flawed assumptions – such as that decision making is consistent; is based on accurate information; is free from emotion or prejudice; and is rational. Another obvious drawback to any decision-making model is that identifying what you need to make a decision about is often more important than the actual decision itself. If a decision seeks to solve a problem, it may be the right decision but the wrong problem.

The reality is that leaders make decisions based on a combination of intuition, experience and analysis. As intuition and experience are impossible to measure in any sensible way, the temptation is to focus on the analytical side of decision making, the science rather than the mysterious art. (The entire management consultancy industry is based on reaching decisions through analysis.) Of course, the leader in the real world does not care whether he or she is practicing an art or science. What they do care about is solving problems and reaching reliable, wellinformed decisions.

This does not mean that decision theory is redundant or that decision-making models should be cast to one side. Indeed, a number of factors mean that decision making is becoming ever more demanding. The growth in complexity means that organizations no longer encounter simple problems. And complex decisions are now not simply the preserve of the most senior leaders but the responsibility of many others in organizations. In addition, leaders are having to deal with a flood of information – a survey by Reuters of 1,200 managers worldwide found that 43 percent thought that important decisions were delayed and that their ability to make decisions was affected as a result of having too much information.

These factors suggest that anything which enables leaders to make more informed decisions more quickly will be in increasing demand. They know that decisions are the lubricant which enables the engine of leadership to function.

PrevHot Milk: The Longwarry Story
Innovative business models drive success in book printingNext
PrevPrevious
NextNext
We use cookies to ensure you get the best experience on our website. By clicking “Accept”, you consent to the use of ALL the cookies. Read More Settings Accept All Reject
We Use Cookies...