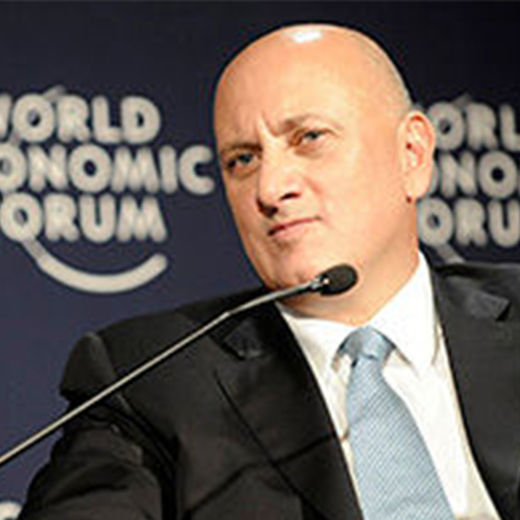 It is difficult sometimes to go into situations with your eyes wide open. You make judgments, leap to assumptions, remember old prejudices and snippets of probably incorrect information. And so it was when we went on a business trip to Istanbul.

Our previous visits to Turkey had been decades before. We remembered dusty streets, wonderful food and a country which the brightest and best people usually left in search of employment.

Our trip was to visit the Turkish communications company Turkcell. Turkey is the meeting point of continents, the fulcrum of civilizations and empires, a nation with trade and commerce in its bloodstream, so it came as a surprise when we were doing some background research that the country had a mixed record with technology. It was a late convert to the printing press, for instance – that technology took two hundred years to make the journey from Holland. Centuries later, there was a similar lack of enthusiasm for the telephone.

The phone line installed in 1881 between the old Post Office building and Yeni Cami Post Office in Soğukçeşme was the first telephone line in Turkey. Others followed, but development came to an abrupt halt when Sultan Abdul Hamid II made it clear that he did not much like the telephone. He saw its potential for fermenting whispered traitorous discussions. Phone lines were removed by order of the Sultan in 1886, and his veto remained in place until 1908.

Arrive today in Turkey and such laggardly embrace of technology feels like ancient history. Past experiences and preconceptions are quickly forgotten. This is one of the world’s fastest-growing economies. Turn on your mobile phone and there is the reassuring sight of five full bars. Reception is good. Using broadband, the full extent of the nation’s high-tech present quickly becomes clear. While other nations struggle with the infrastructure requirements of superfast broadband, the Turks enjoy some of the fastest broadband speeds in the world.

The internet speed in Diyarbakir in south-eastern Turkey is four times faster than in Paris and more than twice as fast as the London and Berlin speeds. According to the OECD, Turkey’s online speeds are only matched by those of Slovenia, Japan and Sweden.

In 1994, Turkcell started the country’s first GSM network, and signed a twenty-five-year GSM license with the Turkish government in 1998. By 2013, it had acquired 35.1 million subscribers in Turkey and had a domestic market share of 51.5 percent. Half of Turkey’s population are now Turkcell customers. But Turkcell’s success is more significant and impressive than simply having a captive home market. In fact, competition is fierce – from Vodafone and Turk Telekom among others – and genuine.

The speed with which Turkcell has grown is indicative of its technological and commercial intent. It also owes something to the fervor of its then CEO Sureyya Ciliv.

Tall, shaven-headed Sureyya Ciliv cut an eye-catching figure as he walked around Turkcell HQ in Istanbul. His story is a compelling one. As part of a pilot project funded by the Ford Foundation, the young Ciliv was one of a carefully selected group of ninety-six students who were chosen annually to be sent to a boarding school just outside of Ankara.

The focus of his education was on science. Students each had their own microscopes – an unheard of thing at that time. Each day they watched videos of leaders in their fields teaching. ‘The school didn’t care where pupils came from. You didn’t get in because of your parents knowing someone. The result was there was a huge mix of people – Kurds, Moslems, Jews. It gave me a respect for, interest in and love of knowledge and science.’

This educational melting pot gave Ciliv an interest in electronics and computers. He won a scholarship to the University of Michigan. ‘I studied and studied and studied,’ he recalls. ‘At times I had 25 cents left in my pocket, but I wouldn’t spend it because I didn’t want to be penniless.’ From there, he did an MBA at Harvard Business School and developed an interest in technology and entrepreneurship. ‘At Harvard 50 percent of the grade was related to class discussion. So, you needed a good story and to be able to tell it. I realized that someone who was good at arguing their case effectively could get their way and that marketing can be based on analysis. I improved my technical analysis, decision analysis and so on. I was a big fan of optimization; for me it was the meaning of life.’

He listened to Bill Gates and Steve Jobs speak at the school. When the chairman and CEO of IBM, Frank Carey, came to speak, Ciliv stood up and asked how he came to be the number one man at what was then the world’s number one company. Carey replied that he had always been ready. Sureyya Ciliv took this as his watchword.

He had eleven job offers on leaving Harvard, but took the one with the lowest salary – $29,000 joining a start-up rather than a six-figure salary as an investment banker. He then did his own start-up before joining Microsoft in Turkey. He credits Microsoft as a great education – ‘I’m really a student of Microsoft rather than Harvard Business School. I’m still learning, but Microsoft taught me about execution in the field. They took the message to people and then fine tuned it quickly.’

‘I was a bit different to the typical Microsoft employee,’ Ciliv recalls. ‘I defined my mission as using Microsoft’s resources to contribute to Turkey.’ He became head of sales for the Microsoft Office and was then approached by a headhunter working to fill the CEO position at Turkcell.

‘I wasn’t very interested initially,’ Ciliv admits. ‘The headhunter said that Turkcell was a star company in Turkey and was entering a new phase with intensifying competition. He said that the team needed a captain.’ Sureyya Ciliv returned home.

As we took our leave of Ciliv and Turkcell, what remained with us was a sense of entrepreneurial energy and vigor. The company’s success was not about the technology and broadband speeds – impressive though they are – but about the people and the leadership.