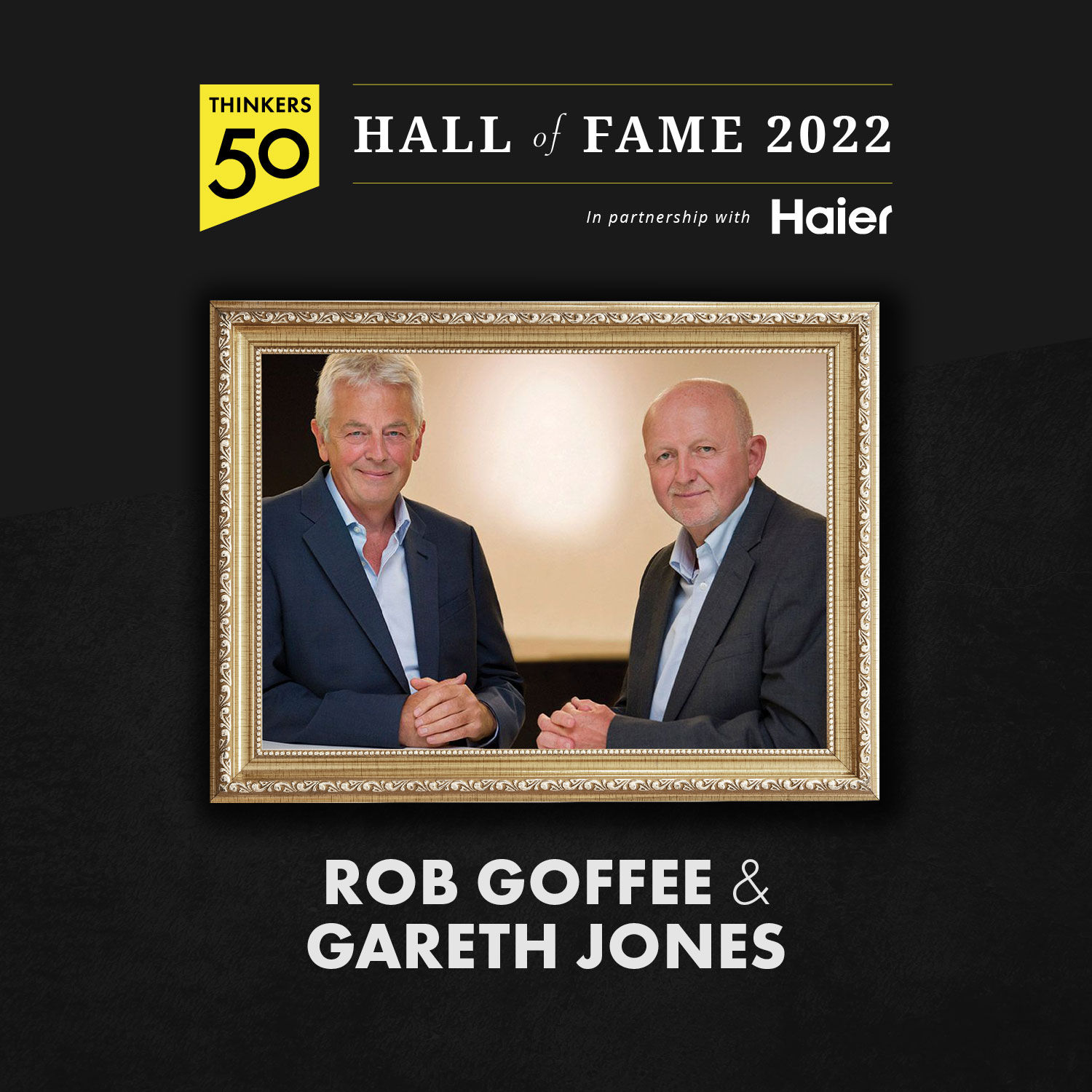 Rob Goffee and Gareth Jones have been inducted into the Thinkers50 Hall of Fame 2022. Learn more about their work.

The British duo of Rob Goffee and Gareth Jones are best known for their work on leadership. They are the authors of The Character of a Corporation, Why Should Anyone Be Led By You?, Clever: Leading Your Smartest and Most Creative People, and Why Should Anyone Work Here?.

They won the McKinsey Award for the best article in the Harvard Business Review for ‘Why Should Anyone Be Led by You?’. Their article  was also nominated for the McKinsey Prize.