What leaders do, really 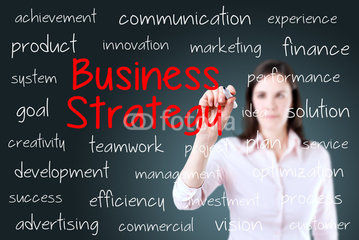 Mid-way through the Wimbledon Men’s Singles Final the television cameras scanned the crowd in the royal box. There were past winners, sporting greats, politicians and celebrities of various degrees of permanence. Among them was a single figure who appeared less intent on the irresistible rise of Novak Djokovic and more on the smart phone in his hand. He was Sir Martin Sorrell, the CEO of WPP.

For the modern leader there is no rest from the steady stream of emails, the demands on their time. There is no hiding place. Sixty percent of CEO time is taken up by meetings; CEOs spend 25 percent of their time on phone calls and at public events; only 15 percent of CEO time is spent working alone. It has been estimated in the California Management Review that managers can spend two to three hours each day reading, sending and responding to emails. And then there are mundane traditional tasks – more research suggests that, on average, paperwork and related tasks consume 11.6 hours per week or approximately 25 percent of a manager’s time, with senior managers both spending more time on these tasks and finding it more disruptive than middle managers.

At the very top, there appears a relish for such demands. Sir Martin famously promises to reply to anyone in WPP who emails him within twenty-four hours. He calculates that for anyone to bother the CEO it has to be something important. (We have emailed Sorrell and he is true to his word.)

Talking with one CEO, he summed up his modus operandi:

‘The reality is that every time I am on the move, I make a call; every time I have a break I call someone. I go through a mental list of who I haven’t spoken to for a while or someone who I know has a new piece of work on, or family news – they’ve just had a new baby or something.’

And yet, here was a man clearly happy in his work.

‘The life of a CEO is not for everyone,’ he told us. ‘It is a grueling, stressful and often lonely, existence. It is physically, mentally and emotionally demanding. And, of course, there is no guarantee of success or even survival in the post. So why do it? Because, on a good day, it is also the best job in the world.’

(We should note that for this individual the best job in the world was his for only a couple of years before an internal spat saw him ejected.)

Most jobs come with a job description, a lengthy list of the exact parameters of responsibility. But when you reach leadership roles, the job descriptions come to an end. You are left alone to make it up as you go along. The only sure thing is that you will be expected to deliver results.

The loneliness can be oppressive – and partly explains the rise of the executive coaching industry. Not knowing what it is you should do or when or with who, offers more freedom than most executives have usually experienced in the corporate cocoon. In their previous incarnations executives have often been purveyors of certainty; as leaders they find that uncertainty rules. It can bewilder even the best prepared.

Little coherent research has been done as to how leaders do and should manage their daily working lives. (‘Filling out a six-page academic survey is rarely high on a CEO’s daily to-do list,’ reflects London Business School’s Rajesh Chandy.) Indeed, the reality largely went unexplored until Henry Mintzberg’s The Nature of Managerial Work, published in 1973. Instead of accepting pat answers to perennial questions, Mintzberg went in search of executive reality. He simply observed what a number of managers actually did. The resulting book blew away the managerial mystique.

Rather than spending time contemplating the long term, Mintzberg found that managers were slaves to the moment, moving from task to task with every move dogged by another diversion, another call. The median time spent on any one issue was a mere nine minutes – remember this was nearly a quarter of a century before email. In The Nature of Managerial Work, Mintzberg identifies the characteristics of the manager at work. The manager:

This may sound familiar.
Over thirty years later in Managing, Mintzberg revisited the subject of the 1973 book. He argues that the nature of managerial work hasn’t actually changed. Says Mintzberg:

‘The content of managing changes all the time – what you’re dealing with, how your industry is structured – but the process hasn’t changed. The one big thing is the internet and especially email, but I think those forms of communications just reinforce problematic behavior. So I think they’re just making it worse, but I don’t think they’re changing management fundamentally. One thing that I admit has changed is that management has been ignored in favor of leadership.’

(The relationship between management and leadership is often discussed. We regard leadership as management on steroids, heightened and intense, but from the same essence.)

Mintzberg contends that though communication is a huge part of the job of management – managers spend 50 percent of their time, in some cases, on communication – this is nothing new. He cites a 1940s study of Swedish managing directors which found that they were inundated with reports and couldn’t keep up. The world has changed, but the essence and frustrations remain largely consistent. Leadership is a 24/7 job.

www.bnet.com/blog/business-research/study-how-ceos-really-spendtheir-time/1123
Henry Mintzberg was the recipient of the Lifetime Achievement Award at Thinkers50 2015. More of his sometimes trenchant, often entertaining and usually illuminating views can be found at www.henrymintzberg.com