What We Really Know About Leadership 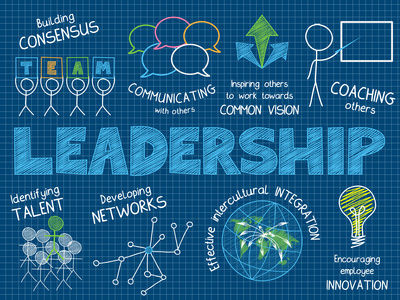 Leadership is universal and timeless. People have led and thought about leadership since the beginning of time – from Aristotle to Shakespeare, Sun Tzu to von Clausewitz, from Machiavelli to José Mourinho. And yet it was only in the 1980s that the study of leadership exploded into life. From a theoretical byway it became an intellectual heavy industry with hardly a day passing by without a new theory, treatise or celebration of a leader.

Most of the books and thinking on leadership have a familiar feel. They celebrate the leadership of Barack Obama, Nelson Mandela, Sheryl Sandberg or some other regularly lauded leader. There are useful lessons to be drawn from such remarkable lives, but leadership is about more than great men and women. So, too, must it be more than a predictable litany of largely unattainable competencies.

The reality is that leadership is not neat and tidy, an arena filled with heroic figures to whom we might one day aspire. Leadership is often messy and complicated.

‘[Leaders] lead by sharing power, by spreading initiative and responsibility. They resolve tensions and conflicts that paralyze organizations from realizing larger objectives. They create and identify resources that allow the group effort to be carried out. It is very difficult to describe. Leadership is a very complex social process. Inevitably any kind of discussion like this makes it seem more orderly than it really is,’says Harvard Business School’s Rakesh Khurana. ‘Leaders What we mean when we talk about leadership make decisions, they act on them, they realize that they are right or wrong. In some cases they revise them, in other cases they reverse them. Misunderstandings are frequent.’

Cut away the sheer messiness of leadership, the heroes and the hyperbole, not to mention the psychology, and what do we really understand about leadership in the second decade of the twenty-first century?

Leadership is not science

If management is prose, leadership is poetry. And, like the best poetry, it is resonant with meaning yet unwilling to be neatly explained or categorized. Those who profess to nail leadership down to four factors or five characteristics are liable to provide disappointment rather than enlightenment.

Leadership is about followers

Leaders are defined by their followers. The subject of followership has only recently attracted attention from researchers, but it lies at the heart of leadership. ‘We haven’t paid enough attention to leading as something that the leader does on behalf of others. We have looked much more at one side of the leadership relationship, which is from the leader to the follower, and we’ve neglected the other side, from the follower to the leader,’ INSEAD’s Gianpiero Petriglieri told us.

Leadership is a team game

Increasingly, leadership is practiced as part of a team. A board is a leadership team – or should be. Likewise, leaders often hunt in pairs. (In his work on consiglieri, Richard Hytner provides interesting insights into
this new perspective on leadership.)

Ask anyone to come up with a list of the great leaders and the sad truth is that 90 percent of them will be men. This imbalance is a continuing reality in organizations worldwide. The opportunities being missed by such blinkered thinking are enormous and enormously depressing.

One significant effort to redress the balance is ‘10,000 Women’, a Goldman Sachs philanthropic initiative implemented in collaboration with leading business schools. This is a $100 million, multi-year investment to provide underserved women with a practical business education and the support services they need to grow their businesses and create jobs for their communities. The program is delivered in twenty-two countries including India, China, Brazil, Nigeria, Turkey, Afghanistan and Rwanda. Early results show that more than 70 percent of graduates increase revenues, and 50 percent hire additional employees within six months of graduation.

Any contemporary understanding of leadership must acknowledge its inclusivity rather than regarding leadership in exclusive terms. Leadership is for all, by all.

Leadership can be learned and developed

There are natural leaders who effortlessly practice leadership. But there are many more leaders who have worked hard at developing and learning the skills they need to lead. The worldwide leadership development industry is not an exercise in pyramid selling – though it sometimes feels like that when you witness some of its most tawdry elements – but is fulfilling an important need. Leaders need to be developed.

Leadership defies generalization. Most leaders have learned along the way, borrowing and stealing ideas, tactics and tips. The result has to be authentically them. Otherwise, it won’t work. People are increasingly adept at smelling out fakes and falsity. They demand authenticity from their leaders.

There are furious and long-lasting debates about the nature of leadership, but there are precious few people who argue that it is not important. Indeed, the reach of leadership is expanding. It is acknowledged, for example, that leadership has a crucial role to play in education and healthcare. Teachers are leaders. Surgeons are also leaders – and so, too, are nurses.

None of these elements of leadership provide automatic or straightforward clarity. Leadership is not a single light waiting to be switched on, but a complex and sometimes inspiring network of illumination and inspiration.

Richard Hytner’s book Consiglieri (Profile, 2014) looks at the sometimes shadowy figures behind the great leaders of our times. Our interview with Rakesh Khurana can be found in our book Management (McGraw Hill, 2013).
For more information on the 10,000 Women initiative visit www.goldmansachs.com/citizenship/10000women