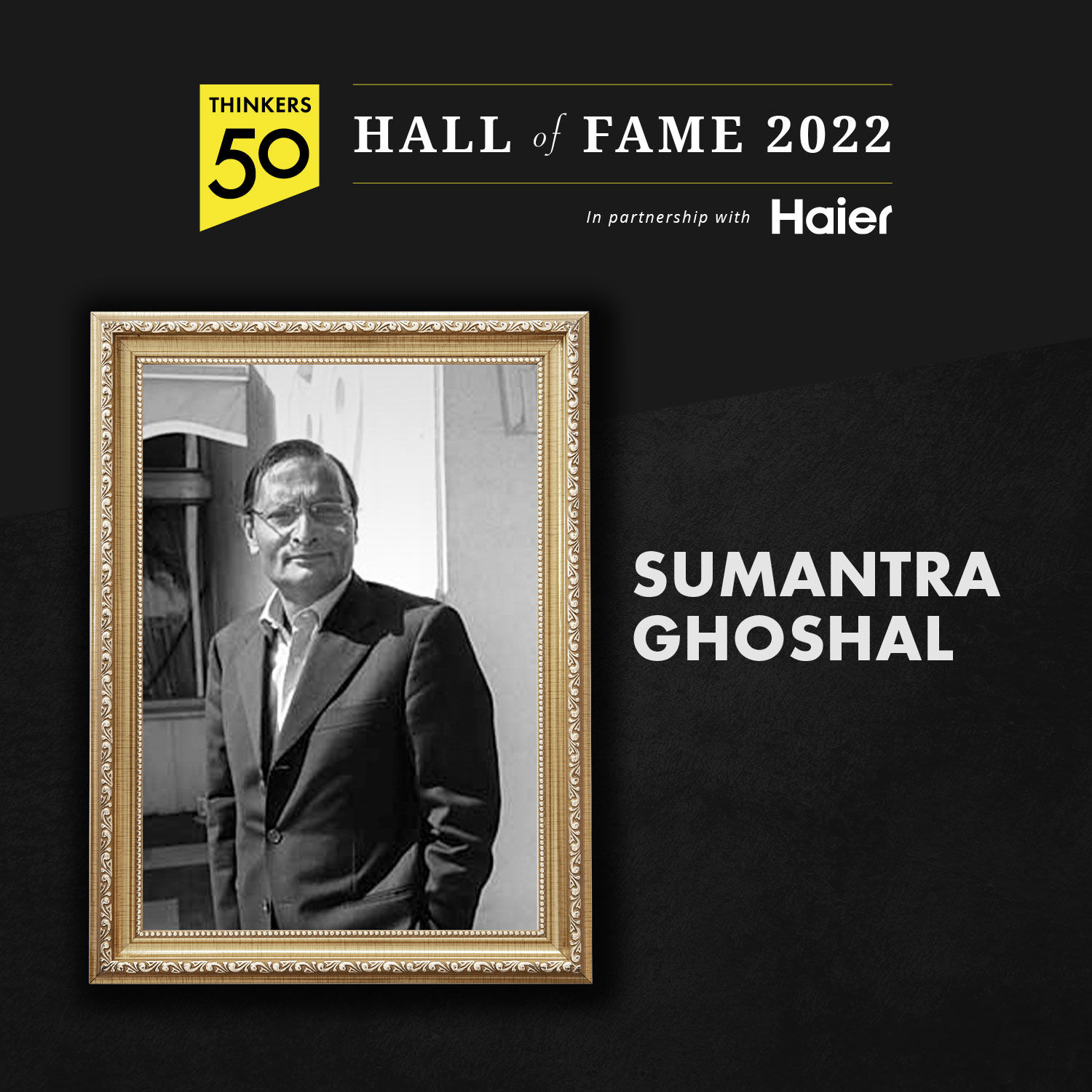 Sumantra Ghoshal has been posthumously inducted into the Thinkers50 Hall of Fame 2022 for his work.

The Indian scholar, educator and author Sumantra Ghoshal spent the later part of his professional career in Europe. He was a Professor of Strategic and International Management at London Business School from 1994 and before that a professor at INSEAD from 1985.

In India he was the founding dean of the Indian School of Business in Hyderabad. He worked for the Indian Oil Corporation before going to the United States to study at the MIT Sloan School of Management and Harvard Business School.

He was the co-author (with Chris Bartlett) of Managing Across Borders: The Transnational Solution (1999). This was hugely influential and identified and described three different varieties of internationalization (multinational, global and international).

He was also the author of The Differential Network: Organizing the Multinational Corporation for Value Creation (with Nitin Nohria, 1997), The Individualized Corporation: A Fundamentally New Approach to Management (with Chris Bartlett), and Managing Radical Change.

His increasing focus in his later work was on the human side of management as opposed to the rational pressures of economics, which he saw as dangerous in denying the fundamental humanity of organizations. He was critical of management thinking as “undersocialized and one-dimensional, a parody of the human condition more appropriate to a prison or a madhouse than an institution which should be a force for good”.