Named as one of the world’s key “Idea Practitioners” in the book What’s the Big Idea? 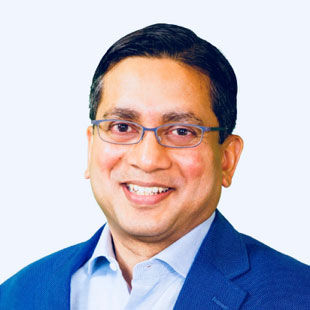 Mohi U. Ahmed, a Bangladesh-born Canadian, currently working in Tokyo, Japan where he is the Executive Adviser on Open Innovation at Shimizu Corporation. Named as one of the world’s key “Idea Practitioners” in the book What’s the Big Idea? and was also featured in Lynda Gratton’s book Glow. In addition to working in the industry for more than 30 years, he has worked with many world-class thinkers in academic institutions around the world. He served as a Visiting Scholar at Haas Business School — University of California at Berkeley, Harvard Business School, and Hitosubashi University’s Business School — ICS in Tokyo. And was a visiting professor at Ritsumeikan Asia-Pacific University in Japan. He established and managed the Open Innovation Gateway — Powered by Fujitsu based in Silicon Valley, California. He also served as the Principal Strategist at Fujitsu HQ in Japan.

Coauthor of Living Service — How to Deliver the Service of the Future Today (2008).

“Mohi is a practitioner who realises the power of ideas. We have known him for more than a decade and have always admired and been inspired by his enthusiastic embrace of the latest management thinking and his willingness to put ideas to work first at Fujitsu and now at Shimizu. He puts collaboration and innovation at the heart of all his endeavours.”