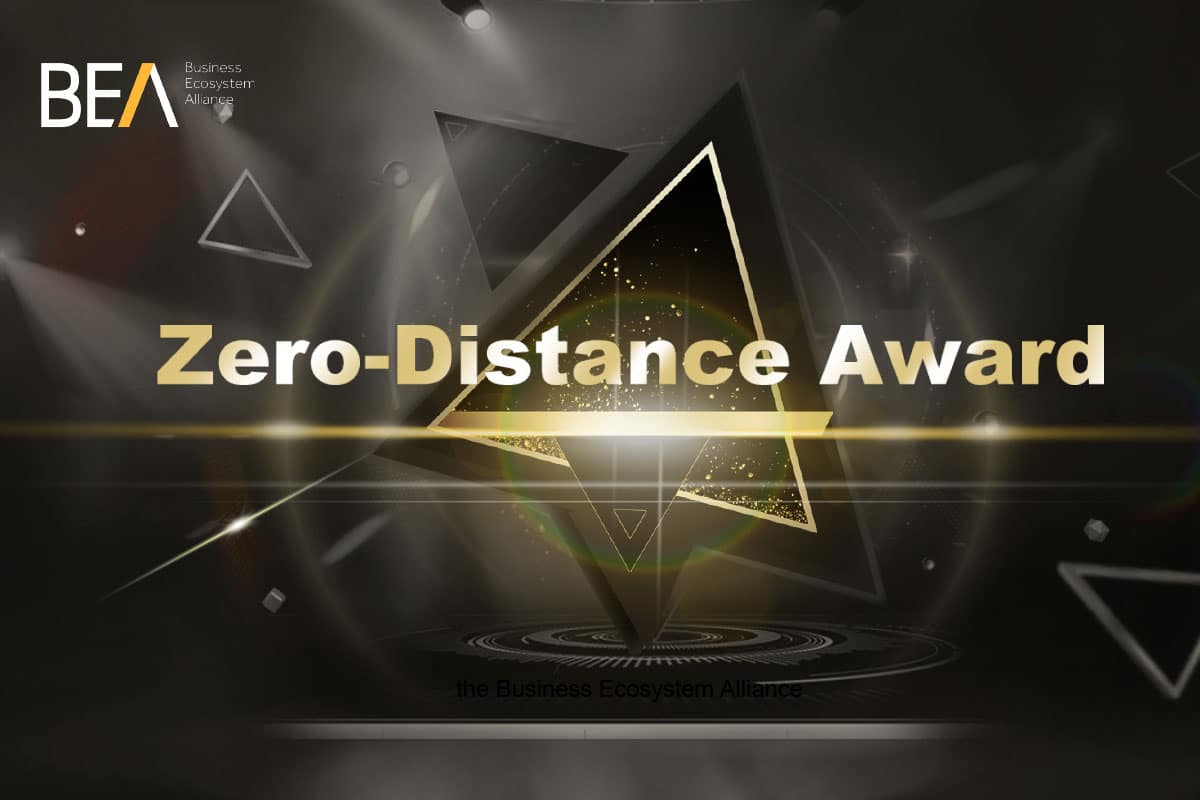 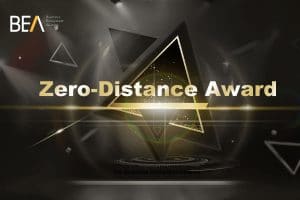 Qingdao, China: On 16 September 2020, the Business Ecosystem Alliance announced the winners of the inaugural Zero Distance Awards. The announcement was made at the annual Rendanheyi1 Conference hosted by the Haier Group, which this year was held virtually, welcoming participants from all over the world.

Jaipur Rugs, Happy and the Think Tank Unit in Oman were among the winners. The Indian company Jaipur Rugs, for example, embodies the “zero distance” concept by putting artisan rug weavers directly in contact with end-users in the western world, a 42-year journey that has transformed the lives of 40,000 women weavers.

Announcing the 10 winners of the awards, Des Dearlove, co-founder of Thinkers50, said: “It’s never been more important to stay close to customers and users. Being responsive to their changing needs in the Internet of Things era is vital for creating value. There is an irony in launching the zero-distance awards at a time when we are being urged to socially distance,” he added. “But distance isn’t always measured in metres and centimetres: zero distance – is very much a state of mind and spirit, as this event demonstrates.”

The award ceremony was attended in Qingdao by Haier chairman and CEO Zhang Ruimin, who observed: “There are no great organizations; only relevant ones. The only businesses that will survive are the ones that stay in sync with changing times and continue to create value for their users. For companies and organizations everywhere, the question is: are we waiting to be phased out, or are we going to reinvent ourselves?”

To stay relevant, CEO Zhang said, organizations of all stripes must close the gap with users to ensure that those users have a consistently high-quality experience.

For proving zero distance to customers in the consulting world. The mission of Centigo is to practice business wellness as a philosophy. They practice zero distance by being a bossless organization.

For pioneering the micro-enterprises model in a large corporation. Which they see as a “decisive action to create and drive a customer obsessed mindset in the organization.”

For implementing the Rendanheyi philosophy into the company. Zero distance has unlocked business opportunities that are propelling GEA’s growth, through its “owner is boss philosophy” paired with its House of Brands approach.”

For proving the strength and resilience of the Rendanheyi model in times of crisis.

The London-based training company Happy has a management philosophy that allows the organization to proactively react to newly identified user needs. Founder and Chief Happiness Officer Henry Stewart sees his role as not to be the expert, making decisions, but to create the framework for others to make those decisions as close to the front line as possible and not need upward approval. The experience of end-users is the responsibility of all staff.

Haier’s Internet of Clothing has created a variety of smart scenarios including clothes washing, care, storage, matching, purchase, and recycling, built a full-process ecosystem, and realized zero-distance to users

For putting 40,000 weavers directly in contact with end-users in the western world, 42-year journey that has been able to transform the lives of 40,000 women weavers.

For its ‘no managers model,’ and creating a group of 100 companies with their customers. Based in the Basque region, the company has transformed over 80 businesses in the last 15 years, resulting in 50 to 200% growth and up to 5 times higher profitability. Under its model, productivity soars and salaries are up to 40% higher than the national average.

For exploring zero distance to customers to reinvent the steel industry. Severstal has introduced zero distance into the highly conservative industry of metallurgy, taking steps to reduce the distance between employees and customers.

The Think Tank Unit spearheads the PPP (Public, Private and People) initiative in Oman, which aims to reduce the distance between the three main parts of the national ecosystem – government, business, and citizens.

Led by Dr Ali Qassim Jawad, the initiative, which began in 2014, takes a three-fold approach, using: Dialogue – to build a collaborative spirit and mindset between the three parts by aligning their misaligned agendas; real projects – to build tangible win-win-win situations on the ground; and initiatives: to nudge the government toward competitiveness, the private sector toward innovation, and citizens toward entrepreneurship.

About the Zero Distance Awards:

Zero distance is an idea introduced to the business lexicon by Zhang Ruimin, CEO and chairman of the Haier Group. In Japan in the 1980s, the quality-efficiency revolution revolved around producing products with “zero defects”. But Haier champions “zero distance” – getting as close to the end user as possible. The focus has shifted from product to customer. The business model has evolved from mass manufacturing to fulfilling the changing demands of the consumer.

To commend these companies for their learning and enrichment of the concept of Zero Distance, the Business Ecosystem Alliance has set up the Zero Distance Award (Z Award).

In 2015, Professor Dennis Campbell published “Zero Distance to Users” as a Harvard Business School case.  He taught the case in the “High Performance Organization and Cultural Design” class. From the case, the principles of Zero Distance are clear:

As a result, the company can constantly create value for its end users through innovative and customized solutions, see figure 1 below. 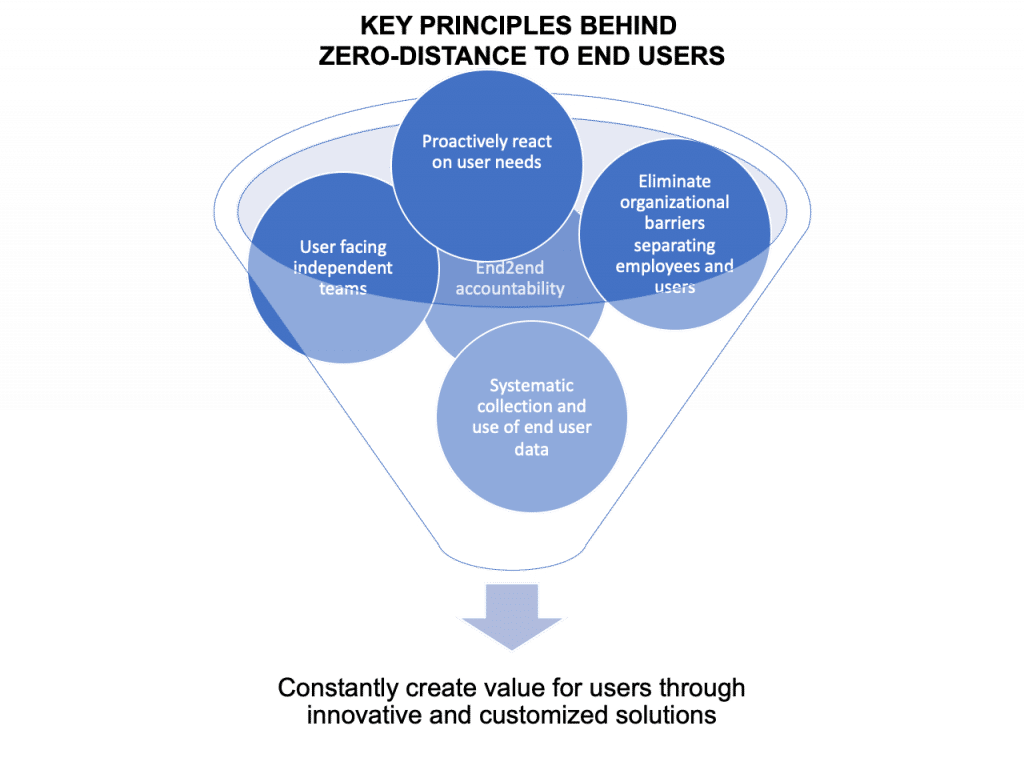 Figure 1. Illustration of principles behind zero-distance to end users

Founded in Qingdao, China, in 1984, Haier evolved from a small, collective factory on the verge of collapse into a leading ecosystem of the IoT era. The company’s origins go back much further, to the 1920s, when a refrigerator factory was built in Qingdao to supply the Chinese market. By the 1980s, the factory had accumulated huge debts and was in a state of near bankruptcy.

Zhang Ruimin was appointed managing director of the factory in 1984, and Haier was founded as the Qingdao Refrigerator Co. Under Zhang’s leadership the company embarked on a radical programme of quality improvement and international expansion.

Today, the white goods company produces everything from refrigerators to air conditioning units and is a role model for businesses around the world seeking to reinvent themselves by reducing bureaucracy and embracing digital technologies to become entrepreneurial platforms for microenterprises.

Haier has been featured in the Harvard Business Review, as a case study in business schools worldwide, and in books by management academics Bill Fischer, Gary Hamel, and others. Its management model, Rendanheyi, is a Chinese word, which fuses the words for employee and user value. With its emphasis on giving people responsibility, using technology to eliminate distance to consumers and developing mutually beneficial ecosystems, Haier is an industrial era company that has transformed itself to be fit for purpose in the 21st century.

Haier is currently the world’s largest appliance maker. With revenue of US$35 billion, it competes with household names such as Whirlpool, LG, and Electrolux. Outside China it has 27,000 employees, many of whom joined the company when it bought GE’s appliance business, in 2016.

1Rendanheyi is the name given to Haier’s revolutionary management model. A Chinese word, it fuses the words for employee and user value. The Rendanheyi model emphasises giving people responsibility, using technology to eliminate distance to consumers and developing mutually beneficial ecosystems.

PrevThe Business Ecosystem Alliance
Strategy@Work: Unlocking the Truth about TransformationNext
PrevPrevious
NextNext
We use cookies to ensure you get the best experience on our website and continuing implies your consent - Read our full cookie policy Okay, don’t show me again
We Use Cookies...