Clinton vs Trump – Competence over Charisma and Vice versa 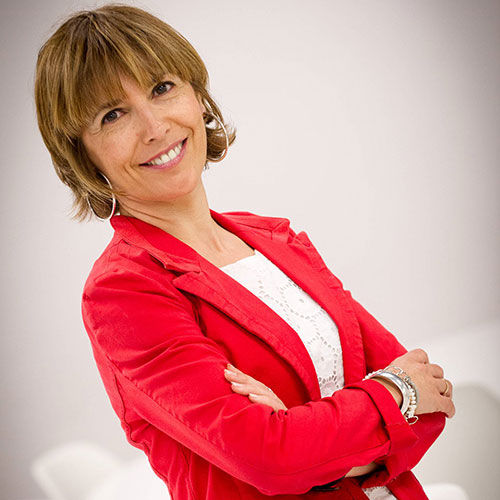 Who won the first US presidential debate? Both candidates were expected to play to their individual strengths – charisma for Trump and competence for Clinton. As a result, the pitch ahead of the debate was that the low expectations weighed heavily in Trump´s favor. Competence rarely electrifies an audience. But, this prediction proved to be wrong. Many viewers, me included, declared Clinton the winner of the debate and the media consensus is that Clinton won the first presidential debate because she was better prepared than Trump. Competence saw off charisma.

There were, of course, many other forces at work in the 90 minutes. Gender expectations played an interesting part.

Thus, Clinton´s competence is necessary, but not sufficient on its own to help her appear presidential. Hillary Clinton could actually spend less time mastering policy details. She has already got the aura of competence – and the track record. If Clinton wants to appear as a confident leader she has to be seen as competent and likeable. She could have not won the debate without increasing the sense of authenticity and warmth when she spoke and when the camera panned over to her as Trump waxed lyrical.

For Trump to appear presidential he must be seen as competent. For Trump, competence and confidence go hand-in-hand. The more competent he appears as a leader providing a vision for the country and solutions to its problems, the more chances he has to win the debate. Surprisingly, his charisma becomes irrelevant if he is to appear confident and presidential to the watching audience.

Based on this research, the counterintuitive argument is that the candidate who worked on improving their weaknesses rather than simply playing to their strengths has a better chance of emerging as a clear winner. Clinton worked on her human warmth, smiling even after Trump´s frequent interruptions, but Trump did not work on his competence and lost the debate. Having the bravery and humility to work on your weaknesses is a big challenge for strong individuals who have been highly successful because of their ability to play to their manifest strengths.

There is no doubt that Clinton has the experience and preparation backed by 16 years of debates. Clinton´s competence, her preparation, experience and calculating style is her clear advantage – that, if combined with an empathetic image results in a winning combination. Yet, she is often described as a distant and scripted person with a more serious style. Her competence could have turned against her if it left her looking too distant, argumentative and cold. But she has learned how to play the card of emotional persuasion and personal identification with women. For example, when she referenced Trump´s treatment of the former Miss Universe Alicia Machado who became an American citizen to vote against him.

For Donald Trump, as he prepares for the second debate, the emphasis must be on mastering detail and policy to support his case to be competent. Trump´s charisma and improvisational style, if coupled with preparation and knowledge, could help him appear planned and presidential. His charisma alone, without experience, has backfired because it reveals an uncomfortable gap in realistic knowledge. He should be the one preparing and spending hours in the film room. To win the next debate, Trump must practice intellectual persuasion.

As with previous presidential debates, the image that the candidates portray is far more important than their words. In fact, some political analysts suggest that the most accurate way to predict reaction to a debate is to view it with the sound turned off. It is not what candidates say but how they look when they say it.

Clinton appeared competent without being ostentatious, arrogant or looking down on her opponent. Clinton could not afford to be cold or dismissive. She was at her best smiling — even when addressing her opponent’s accusation of her lack of stamina. The danger ground for Clinton is to be sucked into the relentless hyperbole of her opponent. Emulating the exaggerations and the bullying style of Trump is potentially dangerous because this aggressive style goes against the female stereotype of being helpful and empathetic.

Trump´s charisma, on the other hand, played no significant role in winning the debate. It was his unpreparedness to be president that turned off most viewers. His strategy of domination did not seem to do the trick either. By the end of the night, the lowering expectations turned into depressing expectations. As his communication advisors said, he did not prepare extensively, and it showed. It was hard to see him as a commander in chief.

Consistent with our research, the idea that Trump´s bar was so low that he just needed to show up and be himself backfired. However, the combination of competence and being “likable enough,” as President Obama described her in 2008, has put her on the road to the White House.

Margarita Mayo is a professor at IE Business School.

PrevNew Attitudes about Gender, Work, and Family
Thinkers50 Podcast: Henry ChesbroughNext
PrevPrevious
NextNext
We use cookies to ensure you get the best experience on our website and continuing implies your consent - Read our full cookie policy Okay, don’t show me again
We Use Cookies...