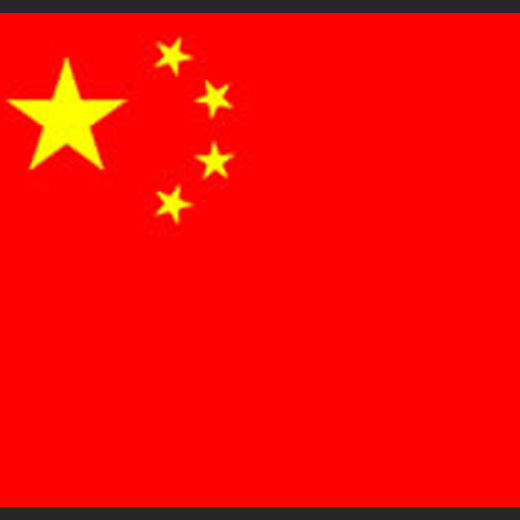 What dance step do you choose when you take to the floor with a 900-pound gorilla? Whatever step the gorilla wants, of course. An old joke, but that’s what the world’s companies have been learning over the last two decades. As China’s and its state-owned enterprises’ power increases, Western firms and rules of competition will not be leading the dance. China‘s will.

Executives are trained to dance with other companies, not countries. But China sets the rules of commerce, favors state-owned firms, and forces foreign firms to relinquish technology, knowhow, and market share to state-owned enterprises. So the question for Western firms is how to compete with an authoritarian state that supports radically different rules of competition.

China’s rules bar foreign firms from competing in the same way as domestic firms. Just ask insurers. They require 18 months to get each new branch approved. Chinese insurers have no such requirement.

Or ask power producers. AES Corporation of Arlington, Virginia, announced earlier this year that it would withdraw entirely from China. Along with dozens of other foreign power producers, it had rushed into China in the 1990s, lured by lucrative guaranteed returns. But China later limited returns. It put a lid on electricity prices, running a profitable industry into the red. AES and nearly all other companies sold out their interests and left the country.

You can’t blame China’s leaders for throwing their weight around. The West did the same. China will not sacrifice their people’s aspirations for a better life just so richer countries can stick with the old rules. But CEOs of multinational firms will have to consider what this means for developing a “China strategy.”

Enjoy the dance: This is the default strategy—Cooperate and relinquish control to the gorilla. “If you can’t beat ‘em, join ‘em.” Enjoy short-term profits at the risk of losing proprietary technology, knowhow, and manufacturing assets. In the long term, Chinese state-owned firms may crush you. Still, you may want to take this approach (most CEOs have) because you often can’t beat the Chinese at their own game, and if you play along with their game, China may leave some profitable crumbs.

Choose your dance: Use guerilla tactics to establish footholds in market niches in China, and then constantly keep moving.. This could also be called the “constant migration” strategy, a means to selectively force the gorilla to follow your steps.   Chinese companies may emerge as #1 or #2 in big Chinese markets, but foreign companies with strong niche businesses may generate higher returns.

Avoid  the dance: Avoid going into China altogether. Ally with other companies globally to build business worldwide with unassailable market share. Prevent any Chinese company from gaining share outside China. The massive countervailing power afforded by your alliances will allow you to contain Chinese companies to one part of the dance floor. Chinese market barriers can be turned into prison walls when they try to expand beyond China.

Reinvent the dance:  Engage the U.S. government to reverse advantages given to Chinese competitors by the Chinese state. Call for regulations that require labor-condition parity in China as a condition for exports to the U.S. Urge the use of “non-tariff” trade barriers—health, customs inspection, added paperwork—to reduce Chinese exports. Lobby for import substitution programs to replace China’s exported products with U.S. goods. Suggest tax incentives to deter U.S. investment in Chinese firms and more investment in the U.S.  All of these can create leverage for deeper access and fairer treatment in Chinese markets.

Overwhelm  the dance: Destroy the advantage of the 900-pound gorilla or use its weight against it by using Judo strategies.  Act before China’s companies become  #1 or #2 in world markets. Dominate key markets outside China. Make their products, services, and strategy obsolete. Try to make them dependent on your company’s parts or technological innovation. Convert China’s advantage in low labor costs into a disadvantage by automation.

Which strategy you choose depends on your orientation. If you are taking a short-term approach, the “enjoy” strategy could be for you. Make money while the making is good. But this strategy can backfire. You may give up your proprietary knowhow and exit with only the nonexclusive right to use it on another dance floor.

Recall the case of Danone in the mid 2000s. The French dairy and drinks group formed a joint venture with the Chinese drinks giant Wahaha. It transferred part of its technology to the joint venture. Soon thereafter, Danone was surprised to find a local competitor offering identical products. Worse, it was run by the Chinese executive who had initiated the joint venture. Danone accused its partner of fraud and theft, triggering a feud and lawsuit. In the end, Danone earned only a blackened reputation with Chinese consumers. It sold its 51 percent joint-venture stake to its new competitor in 2009.

China shows no inkling of moving to free market and fair trade rules. And companies holding out to see China’s capitalism mature as it has in the West may expire on the dance floor. China is likely to control the dance rules for the foreseeable future. Executives can win against China only with a thoughtful strategy tailored to beating an oversized partner.

Richard A. D’Aveni is Bakala Professor of Strategy at Tuck School of Business at Dartmouth College in Hanover, New Hampshire. Strategic Capitalism, his fifth book, was just published. Professor D’Aveni is listed in the top 25 of the Thinkers50. See www.richarddaveni.com.

PrevThe Less-is-Best Approach to Innovation
Leadership Maturity & Your Ultimate DestinyNext
PrevPrevious
NextNext
We use cookies to ensure you get the best experience on our website and continuing implies your consent - Read our full cookie policy Okay, don’t show me again
We Use Cookies...