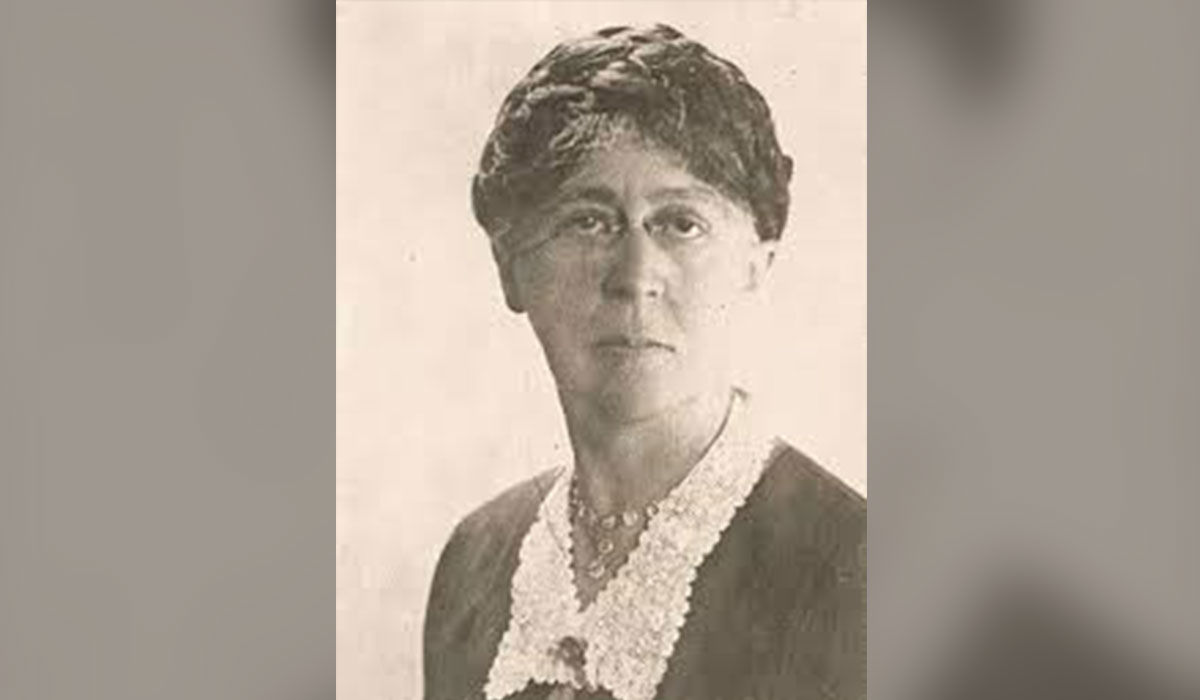 In 1926, Lyndal Urwick was a senior manager with the English chocolate manufacturer Rowntree.  At the behest of his boss he cancelled a weekend with his wife to attend a lecture by an American woman he had never heard of.  Her name was Mary Parker Follett.

“There was rather a dull paper on the Friday evening.  Mary Follett spoke in the subsequent discussion.  But I was feeling tired and rather fed up.  I wasn’t particularly struck by her contribution,” Urwick later recalled.  “After the meeting was over, [Seebohm] Rowntree grabbed me and introduced us.  As I looked at her I remember thinking, ‘What on earth is my dear Seebohm up to?  He’s always most considerate of those working with him.  And here he’s practically forced me to cancel a weekend to which I had greatly looked forward in order to meet this gaunt Boston spinster.  From what she said in the discussion she’s a pure academic.  What in the world can we have in common?’ Then Mary started to talk with me.  And in two minutes I was at her feet, where I remained for the rest of her life.”

Mary Parker Follett (1868-1933) was born in Quincy, Massachusetts.  She attended Thayer Academy and the Society for the Collegiate Instruction of Women in Cambridge, Massachusetts (now part of Harvard University).   She also studied at Newnham College, Cambridge in the UK and in Paris.  Her first published work was The Speaker of the House of Representatives (1896) which she wrote while still a student.

Follett’s career was largely spent in social work though her books appeared regularly — The New State (1918), an influential description of Follett’s brand of dynamic democracy, and Creative Experience (1924), Follett’s first business-oriented book.  In her later years she was in great demand as a lecturer.  After the death of a long-time partner, Isobel Briggs in 1926, she moved to London.

Generally ignored, Follett was decades ahead of her time.  She was discussing issues such as teamworking and responsibility (now reborn as empowerment) in the first decades of the twentieth century.  Follett was a female, liberal humanist in an era dominated by reactionary males intent on mechanizing the world of business. (At the same time, it is worth noting that women were in the ascendancy in the 1930s.  Frances Perkins was the first female member of the US cabinet; Anna Rosenberg was the first senior woman manager at a US corporation, R. H. Macy, and there was also Emelia Earhart and Eleanor Roosevelt.)

The breadth and humanity of her work was a refreshing counter to the dehumanized visions of Taylor and others. “We should remember that we can never wholly separate the human from the mechanical sides,” warned Follett in Dynamic Administration.  “The study of human relations in business and the study of the technology of operating are bound up together.”

The simple thrust of Follett’s thinking was that people were central to any business activity – or, indeed, to any other activity.  “I think we should undepartmentalize our thinking in regard to every problem that comes to us,” said Follett.  “I do not think that we have psychological and ethical and economic problems.  We have human problems, with psychological, ethical and economical aspects, and as many others as you like.”

In particular, Follett explored conflict.  She argued that as conflict is a fact of life “we should, I think, use it to work for us”.  Follett pointed out three ways of dealing with confrontation: domination, compromise or integration.  The latter, she concluded, is the only positive way forward.  This can be achieved by first “uncovering” the real conflict and then taking “the demands of both sides and breaking them up into their constituent parts”.  “Our outlook is narrowed, our activity is restricted, our chances of business success largely diminished when our thinking is constrained within the limits of what has been called an either-or situation.  We should never allow ourselves to be bullied by an ‘either-or’.  There is often the possibility of something better than either of two given alternatives,” Follett wrote.

Follett advocated giving greater responsibility to people — at a time when the mechanical might of mass production was at its height. “At present nearly all our needs are satisfied by external agencies, government or institutional.  Health societies offer health to us, recreation associations teach us how to play, civic art leagues give us more beautiful surroundings, associated charities give us poor relief.  A kind lady leads my girl to the dentist, a kind young man finds employment for my boy, a stern officer of the city sees that my children are in their places at school.  I am constantly being acted upon, no one is encouraging me to act.  Thus am I robbed of my most precious possession–my responsibilities–for only the active process of participation can shape me for the social purpose.”   No participation without responsibility, was Follett’s persuasive message.  Few read her lips.

Follett’s views were a large step beyond those of Elton Mayo and the Hawthorne investigators.   While Mayo offered a humanistic view of the workplace, it was still one which assumed that the behavior of workers was dictated by the “logic of sentiment” while that of the bosses was by the “logic of cost and efficiency”.  A Japanese manager, quoted in Richard Pascale’s Managing on the Edge, made an important observation: “There is nothing wrong with the findings.  But the Hawthorne experiments look at human behavior from the wrong perspective.  Your thinking needs to build from the idea of empowering workers, placing responsibility closest to where the knowledge resides, using consistently honored values to draw the separate individuals together.  The Hawthorne experiments imply smug superiority, parent-to-child assumptions.  This is not a true understanding.” Nor was it Mary Parker Follett’s understanding.

There was also a modern ring to Follett’s advice on leadership: “The most successful leader of all is one who sees another picture not yet actualized.” Follett saw the leader’s tasks as co-ordination; defining the purpose of the business and anticipation – “We look to the leader to open up new paths, new opportunities.”  Follett suggested that a leader was someone who saw the whole rather than the particular, organized the experiences of the group, offered a vision of the future and trained followers to become leaders.  The leader was a conduit to greater knowledge: “If leadership does not mean coercion in any form, if it does not mean controlling, protecting or exploiting, what does it mean?  It means, I think, freeing.  The greatest service the teacher can render the student is to increase his freedom–his free range of activity and thought and his power of control.”

Follett was concerned that the actual term leadership was unhelpful – it smacked of dictatorship, being told what to do.  Her vision of leadership was of “reciprocal leadership”, “a partnership in following, of following the invisible leader – the common purpose”.  Indeed, Follett’s work is among the first to highlight the role of followers – followership was later re-discovered 50 years later.  “If the followers must partake in leadership, it is also true that we must have followship on the part of leaders.  There must be a partnership of following,” wrote Follett.

In addition, Follett was an early advocate of management training and that leadership could be taught.  “The theory has been of personal domination, but study the political leaders, the party bosses, and notice how often they have gained their positions by their ability to bring into harmonious relation men of antagonistic temperaments, their ability to reconcile conflicting interests, their ability to make a working unit out of many diverse elements.”

Follett’s work was largely neglected, another missed opportunity to make sense of the humanity at work in organizations.

Mary Parker Follett was inducted into the Thinkers50 Hall of Fame.

Stuart Crainer is co-founder of Thinkers50.

PrevTiffani Bova Interviews Roger Martin on When More is Not Better
Diversity in the Thinkers50 Hall of FameNext
PrevPrevious
NextNext
We use cookies to ensure you get the best experience on our website and continuing implies your consent - Read our full cookie policy Okay, don’t show me again
We Use Cookies...