Future of leadership: Why culture must be a priority in the post-COVID world 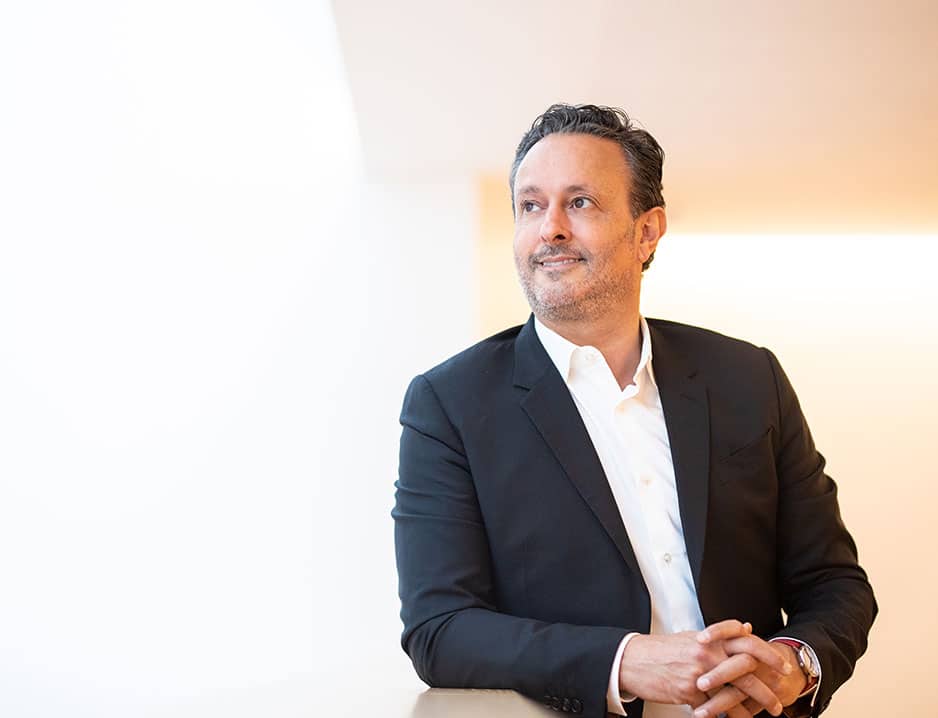 From tech to talent, leaders are going through an accelerated period of complex change and deep uncertainty, but is enough being done to build agile, daring and anti-fragile cultures? With headwinds to navigate, companies are looking for a beacon to guide their actions. Bestselling author and global leadership authority Terence Mauri argues that designing a culture-first organization is the best way to embrace disruption and harness uncertainty as a unique inflection point for renewal and reinvention.

If we consider ‘what’s the one thing you could do differently today to help your organization return to a new normal,’ where would you start? With disruption an everyday reality, changing the company culture to be more agile, risk-tolerant, and experimental is the biggest leadership opportunity and challenge of the decade. Companies that unlock a winning culture at speed and scale will transform at a pace that leaves their competitors behind. The word ‘culture’ like the word ‘unprecedented’ has been worn out over the last year. However, a culture built for co-creation has never been mission-critical as a way to out-pace the forces of business, workforce and technology disruption. Organizational culture and its close cousin – values – are like fingerprints: they are invisible, but they leave their mark everywhere, and are easily distinguishable from others. It’s useful to understand what I mean by such a nebulous term; especially one which many people can picture but may struggle to describe.

‘Company culture’ can seem like a fuzzy term but I define it as the mindsets, rituals, choices, values and behaviours practised in your organization, especially when you’re not in the room. Culture is like pouring concrete. It can take a while to set, but then is much more difficult to change afterwards. Hack Future Lab, a London based think tank took the pulse of 1,000 HR leaders globally. An overwhelming 84% agreed that culture is critical for business success and 60% agreed that culture is more important than strategy or the business model. The bad news was that more than half the group reported that culture was not a strength and was not even on the C-suite’s agenda. The bottom line is that culture is seen as incredibly important, but mismanaged and undervalued in most organizations.

Hack Future Lab’s research shows organizations that lead with culture are more energising to work for. Forbes 2021 highest ranked culture-first organizations such as Salesforce, NVIDIA, and In-N-Out Burger are tuned in to the experiences of their workforce and continuously improve them — simplifying and digitizing repetitive tasks while increasing the meaningful moments that employees crave. They are bravely and radically redesigning their cultures to deliver what employees and colleagues truly want, a vital aspect of the future of leadership trends.

Enterprise software leader Atlassian has baked culture into the DNA of the business, alongside growth and profitability. At its core are five values that shape its culture, influence who they are, and even who they hire and promote. Their values describe at the most fundamental level what they stand for and act as beacon to guide their actions and navigate change during turbulent times. Atlassian’s values include open company, not bullshit; play as a team; build with heart and balance; be the change you seek and don’t #@!? with the customer.

The global pandemic has turned our world upside down and accelerated disruption, from the blurring of industry lines and economic and geopolitical uncertainty, to disruptive technologies and the shrinking of company and product lifespans. As we transition to a new way of leading, there is fear and excitement. In the short term, from the unknown business fall out of a pandemic and, in the medium term, from the continued impact and opportunities of AI and automation. Hack The Future’s research shows that 83% of executives see culture playing a far greater role in sustaining a thriving workforce in a post-Covid world.

Which culture defines your organization? 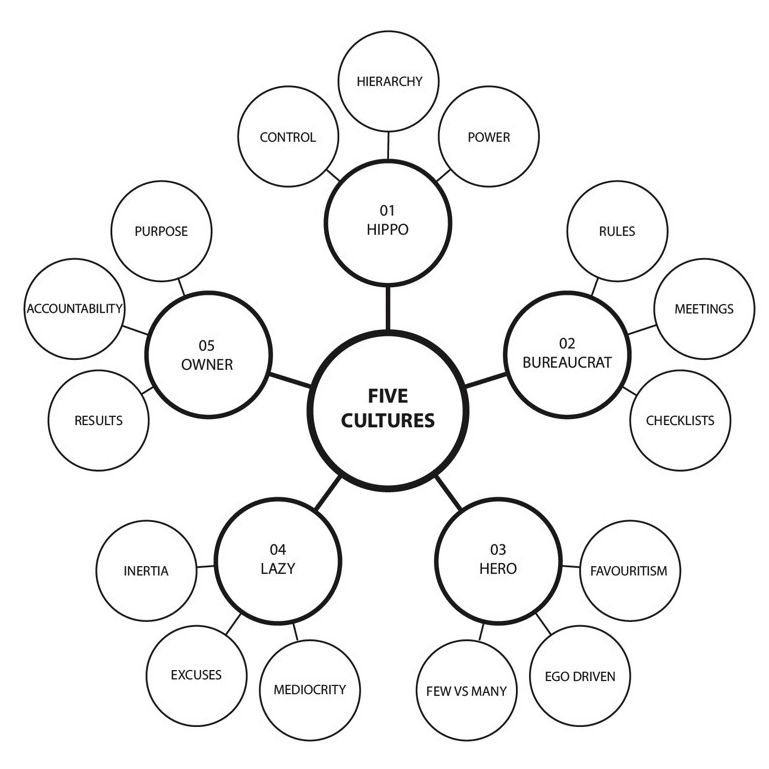 As leaders prepare their workforce for a future that is flat, flexible and hybrid – a ‘bring your own environment’ world rather that a ‘bring your own device’ – they must ask the question how do we cultivate a healthy, productive and energised workforce willing to own the transformation journey — and resilient enough to handle the challenges brought by a global pandemic? Companies such as games developer Ubisoft and microblogging platform Twitter report that energised employees are twice as likely to say their organization is transparent about which jobs will change, and rank uncertainty last in reasons for feeling burnt out.

Energized employees are two times as likely as de-energized employees to be excited about the prospect of reskilling and three times more likely to be satisfied with the company, with no plans to leave. Why? In some part because they’re more likely to feel a strong sense of what the late psychiatrist Oliver Sacks called the 3B’s: belief, belonging and becoming. That is, at the deepest human level humans need something to believe in, a strong sense of connection and be in a perpetual state of ‘becoming’, which means lifelong curiosity and curiosity.

At this time of unrelenting change, companies may find themselves alternating between four distinct phases depending on the course of the pandemic – 1. Recover revenue, 2. Rebuild operations, 3. Rethink the organization and 4. Move from ‘doing digital’ to ‘being digital’. Our research shows that the best business and HR leaders will place culture at the heart of their decisions.

Culture-first pioneers such as HubSpot, Lululemon and Adobe listen and use data and insights to understand their employees, colleagues and customers’ pain points. And they take decisive action to improve individuals’ futures while enhancing their present-day experience. Hack Future Lab’s research shows organizations that lead with culture are more 2.8x energising to work for and more 3.5x resilient in the face of adversity.  An anti-fragile culture that enables organizations to absorb shockwaves and return even stronger will be a key way of winning the new logic of competition alongside reimaging relevancy across growth strategies, operating models and the rate of learning. Now it’s the people delivering the experience who are driving the advantage — and the differentiator for them, too, is culture.

The Japanese word Henka (変化 means perpetual change and transcendence and takes its inspiration from nature. It’s turning lead to gold or a moth to a butterfly. Agile, daring and anti-fragile cultures happen by design, not accident. For example, Orsted the world’s largest wind farm operator has transcended from a fossil fuels company to a global renewables business. Now it leads with context rather than control and prioritises values rather than rules. This mindset pivot to context rather than control ensures high ROI. I propose a new humanity first metric called Return on Intelligence and Return on Integrity. While the 20th century was about scaling control and efficiency and doing things right rather than doing the right things, the winners of tomorrow will scale freedom, trust, humanity AND intelligence.

Attention is the new oil

One of the key insights from Zen philosophy is that culture is not a set of beliefs, it’s a set of choices, behaviours and actions. Culture isn’t just your operating system – it gives you a ‘No’ strategy too and helps your focus on what really matters. Everybody keeps telling me data is the new oil but I disagree. I believe attention is the new oil. It’s scare, precious and under constant attack. With so many unknowns, it’s time to flip the switch, turn on the lights and ask the question – are you ready to out-pace disruption with culture?

Terence Mauri is founder of Hack Future Lab, a global management think tank and a leading disruption thinker. His new book The 3D Leader: Take your leadership to the next dimension is out now.

PrevAim 2 win – Name 2 disappoint
Thinkers50 Curated LinkedIn Live with Laura HuangNext
PrevPrevious
NextNext
We use cookies to ensure you get the best experience on our website and continuing implies your consent - Read our full cookie policy Okay, don’t show me again
We Use Cookies...