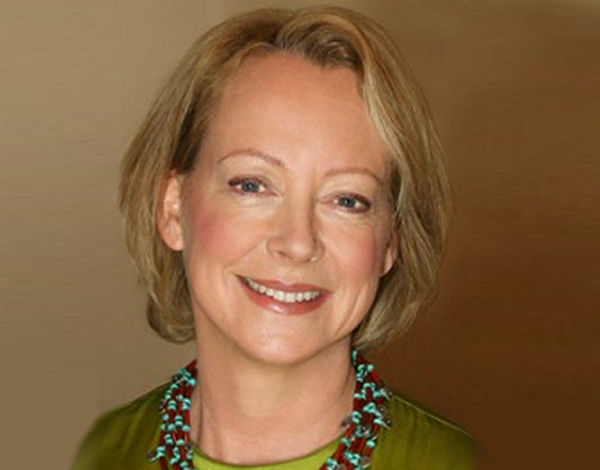 The author of Glow and Hot Spots talks to Thinkers50 founder Des Dearlove.

There seems to be a thread that connects your work about the move from business as a competitive arena to a far more collaborative place.

Yes, I think it’s actually one of the most important moves that we have seen over the last couple of decades, and I think it’s accelerating.  The truth is that competition is always about fighting about a piece of cake, whereas the really, really important thing is to do is to make the cake bigger, and to do that you need to cooperate.  So I believe cooperation is really one of the most important issues facing organizations right now.

How do you know when you’re in a hot spot?

Think about a time when you felt really energized and innovated at work – how did you feel?  The first thing is that the level of conversation really goes up and people immediately talk about feeling energized, feeling excited, feeling as if they trusted the people around them, feeling as if there was something there that really helped them to focus.  Also, they talk about diversity, which is very interesting; they almost always say: when I’m in a hot spot, the people around me are different from me.

Some companies are better at creating hot spots than others.  What are the factors that you’ve found in your research make a difference?

We have masses of research on this; we now have pretty much the largest database in the world on communities and teams, in terms of their energy.  What we found was that there’s not a simple answer. Actually, energy and innovation are created at three levels. They’re created at the level of the individual: am I prepared to cooperate?  Am I prepared to build networks?  Do I have a vision?

They’re created at the level of the team.  The team is really important in terms of the way it works together, the way it manages conflict, but the context is also important.  By context, I mean do people see senior executives role modelling, being innovative and energized?  Are the pay processes supporting that?  Are they trained to do that?  So organizations have to think about those three levels.

Give us an example of an organization that does this well?

It’s really difficult, generally, to make any judgements about what organizations are great at, because context changes, leadership changes.

We’ve now done a whole year of research looking at global trends and, actually, multinationals are more like themselves than they are like the country that they are in.  So, there isn’t an Indian way of doing it.  What I would say is, if you look at Tata Consulting Services or you look at Infosys or Wipro, it’s an IT knowledge-based way of doing it.  So they do things in a rather similar way to how you would see Apple doing things.

So what I’m suggesting is that, in terms of practice, that’s also becoming a global phenomenon.  There is an argument that Chinese companies, because of the Confucius way of thinking, are more cooperative.  We actually haven’t seen evidence of that.  The data that we collected in Singapore, in particular, showed that levels of cooperation in Asian teams aren’t any higher than it is in western teams.  What really makes a difference is the company, not the country.

Your book after Hot Spots, titled Glow, was very much taking that to the individual level, so you were beginning to talk about almost how we can empower ourselves to have our own little hot spots.

One of the reasons that I wrote Glow is that like many other people who are professors of business, I’ve really only ever talked about organizations in the books I’ve written.  This was my first attempt at writing a book for people. My background is as a psychologist, so I’ve always been interested in thinking about organizations from the inside-out, from individuals, and building up.

So what I tried to do in Glow was to really think about what it would take for an individual to be energized, to be in a hot spot, given what we know about hot spots.  So, basically, the themes that I talked about were: how do you learn to be cooperative? — because I think that that’s something you can learn to do.  How do you build valuable networks that help you to link into diverse groups?  And how do you find something within yourself that’s going to energize and excite both yourself and other people?

How do you lead in a collaborative environment?

Being a cooperative leader, and we have very clear research about this, means not so much what you say but what you do; it’s about how you personally are perceived to be, in terms of cooperation; it’s about understanding that the way you manage others is through inspiration; and it’s about realizing that your networks and the networks that you encourage others are to build are also going to be really crucial.

How do you communicate a collaborative mindset?

One of the companies that we looked at was Standard Chartered Bank and they said cooperation is really important.  And I said, well, how do you role model that as a leader?  They said: one of the interesting things is that if you go around any of our offices around the world, almost always you’ll see a picture of the bank’s top team standing together.  Words are really important, but, the big communication thing is how people see you behave, the stories that you’re prepared to tell, and the language that you use.  One of the things that I’ve done is to look at the language leaders use. The language of cooperation is a language of we.  You use the word colleagues, you use the word peer, you use the wordtogether.  The language of competition is I; and then the stories you tell are about battlefields and winner and losers and blood and dying.  Leaders show who they are as soon as they open their mouths.

Let’s talk about the future of work.

We identified the five areas that we think are going to be really important for the future — demographic shifts, carbon and resources, globalization, technology, societal changes.  For each one of those we did an in-depth data collection to say what do we know is happening?  Then we got 200 executives from around the world and used some sophisticated community-building technology — learned from our friends at Nokia — to get this group to start talking about the future, about the hard facts we’d shown them.

Then we brought them together – in Singapore, in London, in various other places – and said, what does this mean to you?  And they’d begun to build vignettes, little ideas of what would it be like in 2020, 2030, 2040.  We made those into videos and then we began to see what they loved about the future and what made them really fearful.  That, for me, has been so energizing, to see that people are worried about the future but they’re also optimistic, and to help them think about what’s your future going to be?  What do you say to your children?  And, if you’re a leader, what do you say to your employees and what do you say to your successors?

Have you extended that now to talking to young people coming into the work place, because obviously we’ve got this Web Generation, whatever you want to call them, but they’re going to be very different, they’re going to have different expectations?

Absolutely.  And, to that point, each of the 22 companies that participated in our research nominated ten people. We asked all to nominate at least two people in their mid-20s.

My view is that Gen Y will change work.  One thing we know about them is they take a much more clear view about the lives they want and the companies they want to work with and the work they want to do.  I suspect that they will be a huge driver for change.

There’s no question there are some really difficult challenges ahead, but I believe that the empathy and good naturedness, potentially, of Gen Y; the fact that 5 billion people are going to be linked up by 2020; and I the sorts of conversations that are going on globally at the moment, will create a very positive future.

PrevThe Simple Way Forward
Stew Friedman: Totally LeadershipNext
PrevPrevious
NextNext
We use cookies to ensure you get the best experience on our website. By clicking “Accept”, you consent to the use of ALL the cookies. Read More Settings Accept All Reject
We Use Cookies...