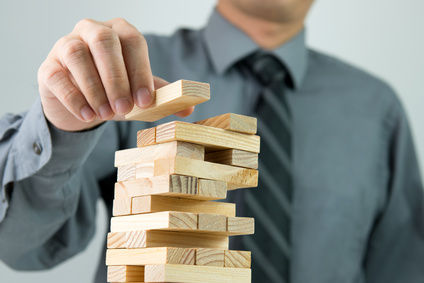 Headquartered in Omaha, Nebraska, Berkshire Hathaway is Warren Buffett. The two are inextricably linked – in corporate fact and stockmarket mythology. The reality is that Berkshire Hathaway is no longer a humble textile company but a corporate entity, a shell inhabited by 316,000 employees and made real by the passage of dollars to and fro – but a shell with revenues of $194 billion.

In 1964 a share in Berkshire Hathaway Inc. was worth $19.46. They have now passed $200,000. These impressive figures have been much quoted as Buffett’s success has been examined from every angle. Yet, if emulation is a measure of understanding, it appears little understood.

Above the maelstrom of analysts, commentators and private investors, stands Warren Buffett, a man of resolutely simple tastes, someone who oozes old-fashioned decency from every pore. As he has become more famous and Berkshire Hathaway ever more successful, Buffett’s public utterances and writings have become more playful. ‘As happens in Wall Street all too often, what the wise do in the beginning, fools do in the end,’ he wrote in 1989. This was followed in 1990 by: ‘Lethargy bordering on sloth remains the cornerstone of our investment style.’ He has cornered many a market, but the one in homespun wisdom may be his surprising legacy.

Buffett admits that many will find such criteria ‘unbearably fuzzy’. This is only partly the case. Analysis can lead to conclusions about the long-term economic prospects of a business. Analysis can also establish what is a reasonable purchase price and help predict future macroeconomic conditions likely to impact on the investment. Where analysis falls down and things begin to become fuzzy is in assessing the incumbent management.

Buffett believes that executives should think and behave as owners of their businesses. He is critical, therefore, of the ‘indiscriminate use’ of stock options for senior executives. ‘Managers actually apply a double standard to options,’ Buffett writes. ‘Nowhere in the business world are ten-year, fixed-price options on all or a portion of a business granted to outsiders. Ten months, in fact, would be regarded as extreme.’ Such long-term options, argues Buffett, ‘ignore the fact that retained earnings automatically build value and, second, ignore the carrying cost of capital’.

Buffett is a ponderous minimalist in an age of hyperactive behemoths. ‘Charlie and I decided long ago that in an investment lifetime it’s too hard to make hundreds of smart decisions … Indeed, we’ll now settle for one good idea a year. (Charlie says it’s my turn.),’ he wrote in 1993. Buffet is humorously embarrassed by the purchase of a corporate jet – ‘It will not be long before Berkshire’s entire net worth is consumed by its jet’.

Perhaps the single most important aspect of Buffett’s leadership style is that 99 percent of his and his wife’s net worth is in the company’s shares. ‘We want to make money only when our partners do and in exactly the same proportion,’ he explains to shareholders. ‘Moreover, when  I do something dumb, I want you to be able to derive some solace from the fact that my financial suffering is proportional to yours.’ The investment secret of Warren Buffett is revealed: put all your eggs in one basket.

Time and time again, Buffett returns to the issue of sound management. He lauds some of his own managers: ‘They love their businesses, they think like owners, and they exude integrity and ability.’ This is the quintessence of Buffett’s philosophy. Given the right conditions, good managers produce good companies. Never invest in badly managed companies. ‘Charlie Munger, our vice chairman, and I really have only two jobs,’ says Buffett. ‘One is to attract and keep outstanding managers to run our various operations’. The other is capital allocation.

The trouble is that there are a great many poor managers.
‘The supreme irony of business management is that it is far easier for an inadequate CEO to keep his job than it is for an inadequate subordinate,’ lamented Buffett in 1988 going on to criticize the comfortable conspiracies of too many boardrooms. ‘At board meetings, criticism of the CEO’s performance is often viewed as the social equivalent of belching.’

Buffett’s own leadership is characteristically down to earth. ‘Charlie and I are the managing partners of Berkshire,’ he explained in 1996. ‘But we subcontract all of the heavy lifting in this business to the managers of our subsidiaries. In fact, we delegate almost to the point of abdication:
Though Berkshire has about 33,000 employees, only twelve of these are at headquarters’. In fashionable books this would be called empowerment; to Buffett it is brazen common sense.

It is notable also that Buffett admits to mistakes and errors of judgment. After a long struggle, Berkshire was eventually forced to close down its original textile company. ‘I should be faulted for not quitting sooner,’ Buffett told shareholders, going out of his way to praise the efforts of the management: ‘Every bit the equal of managers at our more profitable businesses’. Even good managers cannot save what has become a bad business. But it takes leadership to act on this.

As we were considering the leadership and investment style of Warren Buffett we were introduced to an idea from Dave Ulrich:
the Leadership Capital Index. In many ways this is the missing link of investment. ‘Wise, long-term investors recognize that leadership matters,’ Ulrich explained to us with his customary gusto. His research found that investors allocate about 30 percent of their decision making on the quality of leadership.

Quality of leadership predicts intangible value which in turn produces financial results. But too often assessments of leadership are haphazard and narrow. Investors may say ‘this leader is charismatic, has a vision, or treats people well’ but there is little analysis behind what has become a ‘gut feel’ approach to assessment among many investors. Leadership assessments should go beyond isolated observations to more rigorous analytics. To move firm valuation discussions from financials to intangibles to leadership requires synthesizing massive studies and insights about leaders and leadership into a useable and simple leadership valuation solution.

In his book, The Leadership Capital Index: Realizing the Market Value of Leadership, Ulrich draws on a useful metaphor for how to include, conceive and audit leadership in the assessment of firm value. He explains that a leadership capital index is like a financial confidence index – Moody’s or Standard & Poor’s. It moves beyond casual and piecemeal observations of leaders to more thorough assessment of leadership.

‘An index guides investors to make more informed choices,’ says Ulrich. ‘When a rating agency like Moody’s or S&P downgrades a company, it is not saying the company did or did not meet financial reporting requirements. It is offering an opinion about the firm’s ability to repay loans in the future. Likewise, a leadership capital index would inform investors about the readiness of the firm’s leadership to meet business challenges.’ Investment may never be the same again – even for Warren Buffett.

PrevRetention and Turnover in the Millennials Workforce
50 Second Q&A with Margarita MayoNext
PrevPrevious
NextNext
We use cookies to ensure you get the best experience on our website. By clicking “Accept”, you consent to the use of ALL the cookies. Read More Settings Accept All Reject
We Use Cookies...