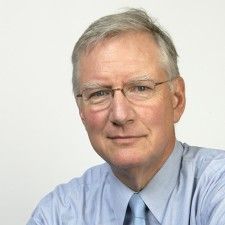 In 1982 Tom Peters and Robert Waterman’s In Search of Excellence was published. To everyone’s astonishment it sold over 5 million copies. In its wake, the business book market exploded into a multi-million dollar industry and Tom Peters was re-invented as the first of a new breed: the management guru. Over the last 20 years Peters has been transformed from a management consultant with McKinsey & Company into a globetrotting business evangelist. If business is the new rock and roll, Peters is Elvis.