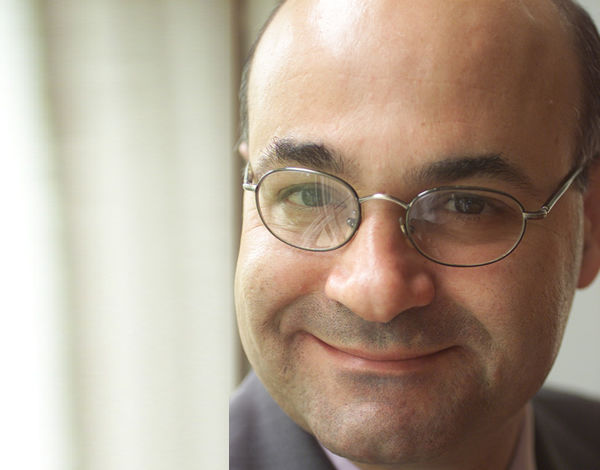 Costas Markides of London Business School has spent over two decades studying business strategy and innovation. Recently, he has been focusing on the bigger picture of how people can address major social problems. Can the techniques used by managers to create innovation inside organizations work with global change? Professor Markides talks with Stuart Crainer about his latest projects.

What projects are you working on now?

I’m working on two books right now. The first concerns how established companies respond to the invasion of a disruptive business model in their industries. How should, for example, a traditional airline company respond to the competitive challenges of a Southwest Airlines or a Ryanair? How should traditional newspaper companies respond to online distribution of news? These business challenges fascinate me. What I found, because I’ve looked at about 150 traditional responses by established firms, is that the most successful way to respond to such challenges is by disrupting the disrupter. Instead of trying to do what a competitor does — and do it better, the companies that are really successful look at the disrupter and determine what they can do to disrupt them. I’m describing in this book exactly what the disruption is all about and what it takes organizationally to address it.

Before we talk about your second book, can you give an example of such disruption?

Surely. Look at Nintendo and its successful Wii product. Nintendo was a traditional established competitor in the electronic game business, which took off after 1975. In the 1990s and the early 2000s, Sony and Microsoft attacked Nintendo’s lead with Playstation and the Xbox. Their competitive threats reached such a stage in 2005 that people were saying that Nintendo, a pioneer of console games, should completely get out of the business.

What did Nintendo do? Instead of trying to develop games like those of Sony and Microsoft and attempting to be better at it than they were, Nintendo came up with the Wii, a non-traditional product that emphasizes entirely different dimensions of electronic games —for example, being able to “play golf” by standing in front of a television screen and swinging an imaginary club. Instead of emphasizing gory graphics and violent themes, Wii emphasizes simplicity. Instead of endorsing the idea of kids playing games alone in their rooms, Nintendo encouraged a family environment in which kids and their families can play and exercise together. It’s a strategy that has disrupted those of Microsoft and Sony.

Yes. What you see again and again is a disruptor coming in with the same product as the established companies but emphasizing different product attributes. The disruptor says, in essence, “I am good enough at what the established company is doing, but I’m also better in something else; so what I’m proposing is that the best way to go against them is to never do what they do. Be better by being different. You cannot out-Xerox Xerox. Don’t play the competitor’s game (although this is what most companies do). Instead, go disrupt them by finding some completely new way to go after them.”

Is it better to innovate when the business is successful or when it’s under great competitive threat?

The one thing I have learned from two decades of study is that innovation and continued success depend on the leader of the organization being willing to take drastic action, even when the organization is doing very well. When that happens, when the organization takes action to rejuvenate itself even when it’s on top of the marketplace, people look at it and say, “Are you crazy? Why try to fix something that is not broken?” And yet, that’s exactly the right time for organizations to rejuvenate themselves. The problem with companies is that, when they are on the upswing, they never introduce change. When do they introduce change: when they are down, and then it’s often too late. So, if there’s one thing I learned, it’s to ask, “When do you introduce radical change in the organization?” It’s not during a crisis; it’s when you are on top, because you have the luxury of time and credibility to introduce innovative changes at that stage.

What about your other project?

I’m also excited about my second project because I believe that managers can apply many ideas to non-business situations to solve some of the biggest problems that the world is facing. Management is different from business, so if you think of management as the art of getting people to work together to achieve a common goal, I don’t see why we cannot use management principles to solve the crime problem, prostitution and lots of other problems at the societal level.

Can you give us a better idea of how this might work?

I was just reading in Newsweek about a research professor in the United States who had an idea about how to resolve drug-related crime in the big cities in America. With the help of police, he secretly videotaped teenagers in the streets distributing and selling drugs. The police then arrested these teenagers, took them to the police station, showed them the tape and said something to this effect (and I’m paraphrasing here): “If we prosecute you, you’ll get 10–20 years of jail guaranteed, because there you are, on tape, selling drugs. But, in your case, we’re not going to prosecute. Tomorrow, we’ll talk with you and your parents to develop an action plan for getting out of drugs and getting on with your education. We’ll keep this videotape here. If you ever go back into drugs, you’re in deep trouble; but if you promise to stay clean and continue with the action plan, you’ll be okay.”
Then, the police went to the families and talked to the parents about how to get their children on the right track. They found that, over time, families in the neighbourhood began to trust the police and began to realize that the police were not out to jail their children, to put them in prison; they came to believe that the police really wanted to help their children have good lives. The experiment was very successful, and the professor is now in high demand advising other police departments how to do the same kind of work.

This really was innovation: someone taking a good idea and then putting it into action. The police were being innovative here, weren’t they?

Exactly. And I can give you examples of similar initiatives around the world; innovative ideas that are effective in reducing crime. But the problem is not generating new ideas; we don’t need new ideas about how to solve crime; we already have many good ideas. We know how well they can work; let’s spread them out around the world and get results globally, not just in one city or in one country. The problem is how to utilize truly innovative initiatives on a larger scale.

Why isn’t this happening?

Throughout history, most innovation happened when an individual took an idea from one domain and applied it in another. So, maybe the problem of not scaling up is that people always think they are different, that someone else’s innovation won’t work in their “special” case. Take the innovative way to deal with young drug dealers: you tell somebody in the UK about this solution in a US city and the reaction often is, “Ah yes, those Americans. It worked there, but it’s not going to work in Manchester.” The NIH (Not Invented Here) syndrome is a big problem. Maybe it’s not going to work here, but we won’t know until we try it. I take it as a good sign that David Kennedy, the professor I mentioned earlier, is in high demand telling other US police departments about his theories and his work. I hope they listen — and act. For innovation to work, either inside a corporation or inside a country or hemisphere, you need people who take it upon themselves to take the initiative. It’s the same in business. There are lots of ideas in organizations. Most of them die before they even breathe oxygen. Why? It’s not because they are not good ideas. It’s because nobody takes ownership of them to make sure the ideas spread and succeed.

Can business really serve as a model for innovative change?

Then you see a new role for business in society?

Business today must deal not only with marketplace competition but also with a severe economic downturn and companies failing due to excessive greed and corruption. I would like to see a change of orientation about the role of business in society and more emphasis on underlying values. When you see individuals stealing money or doing stupid, unethical things, part of the reason has to do with the goal you give them, part of it has to do with values. I don’t think we’ve emphasized values enough. I don’t think, in business, we spend enough time discussing the importance of values as the moral compass that should guide behaviour. So, maybe these will be the two areas where we will learn something from this crisis. That’s why my own work is now moving in this direction.

C. Markides and W. Chu, “Innovation through ambidexterity: How to achieve the ambidextrous organization”, in L. Costanzo and B. MacKay (eds.), Handbook of Research on Strategy and Foresight, Elgar, 2009.

PrevW. Chan Kim & Renée Mauborgne Interview
Vijay Govindarajan InterviewNext
PrevPrevious
NextNext
We use cookies to ensure you get the best experience on our website and continuing implies your consent - Read our full cookie policy Okay, don’t show me again
We Use Cookies...