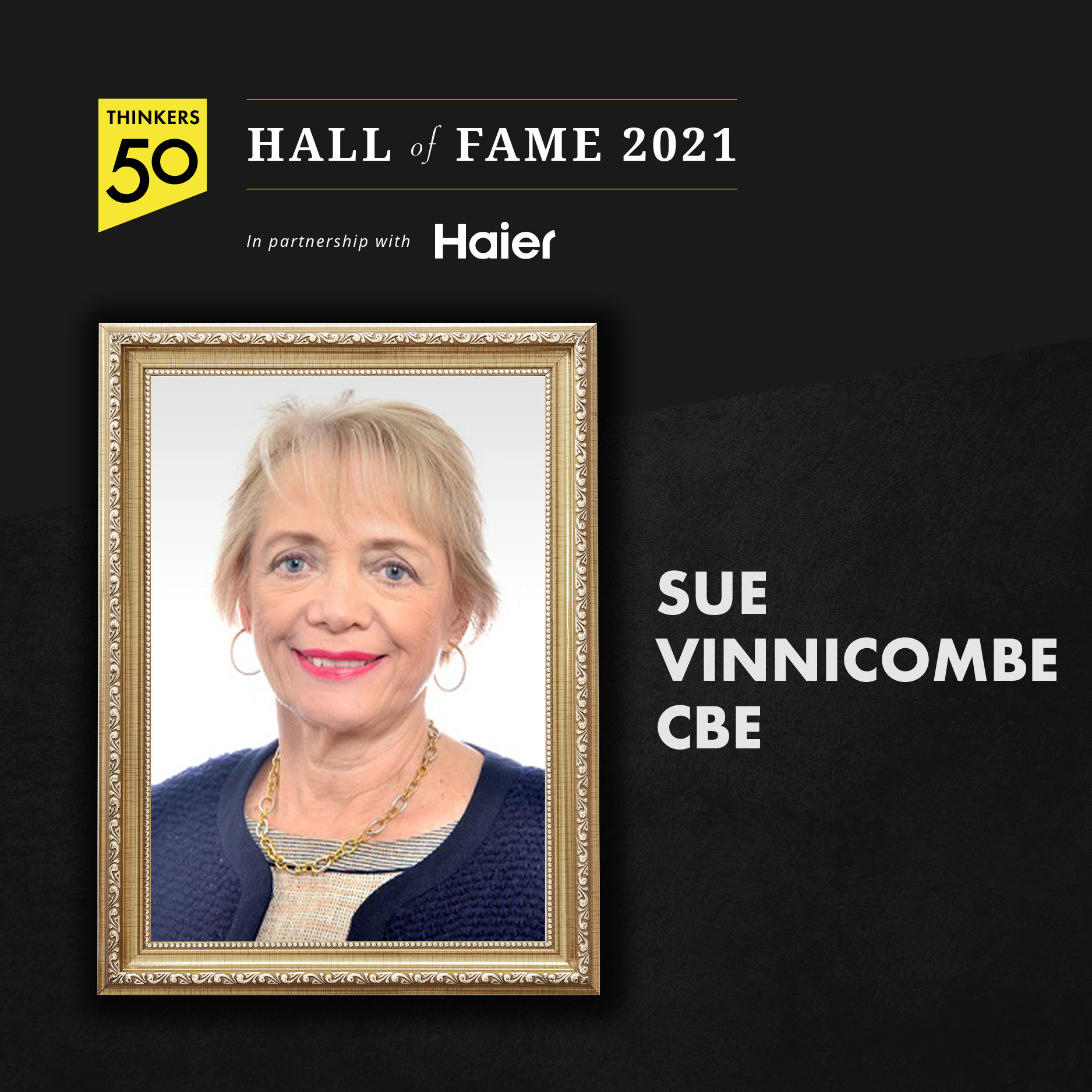 Sue Vinnicombe CBE has been inducted into the Thinkers50 Hall of Fame 2021, in partnership with Haier.

A professor at the UK’s Cranfield School of Management, Sue Vinnicombe’s research interests focus on the lack of women in leadership, specifically on corporate boards; women’s leadership styles and the issues involved in women developing their executive careers.  She was founder director of the Cranfield International Centre for Women Leaders from 1999 to 2016.  She and her co-authors produce the annual Female FTSE Board Report, which she launched in 1999 and is regarded as the premier research resource on women directors in the UK and is renowned globally. She was awarded a CBE for her Services to Gender Equality in the Queen’s Birthday Honours, 2014 and is Vice Patron of the charity, Working Families.

Her books include Handbook of Research on Promoting Women’s Careers (with Ronald Burke, Stacy Blake-Beard and Lynda Moore, 2013), Women with Attitude (with John Bank, 2003) and Creating a Resilient Workforce (with John Bank and Kusum Sahdev, 2001).

Watch the official induction into the Thinkers50 Hall of Fame during Rendanheyi OpenTalk 2021.