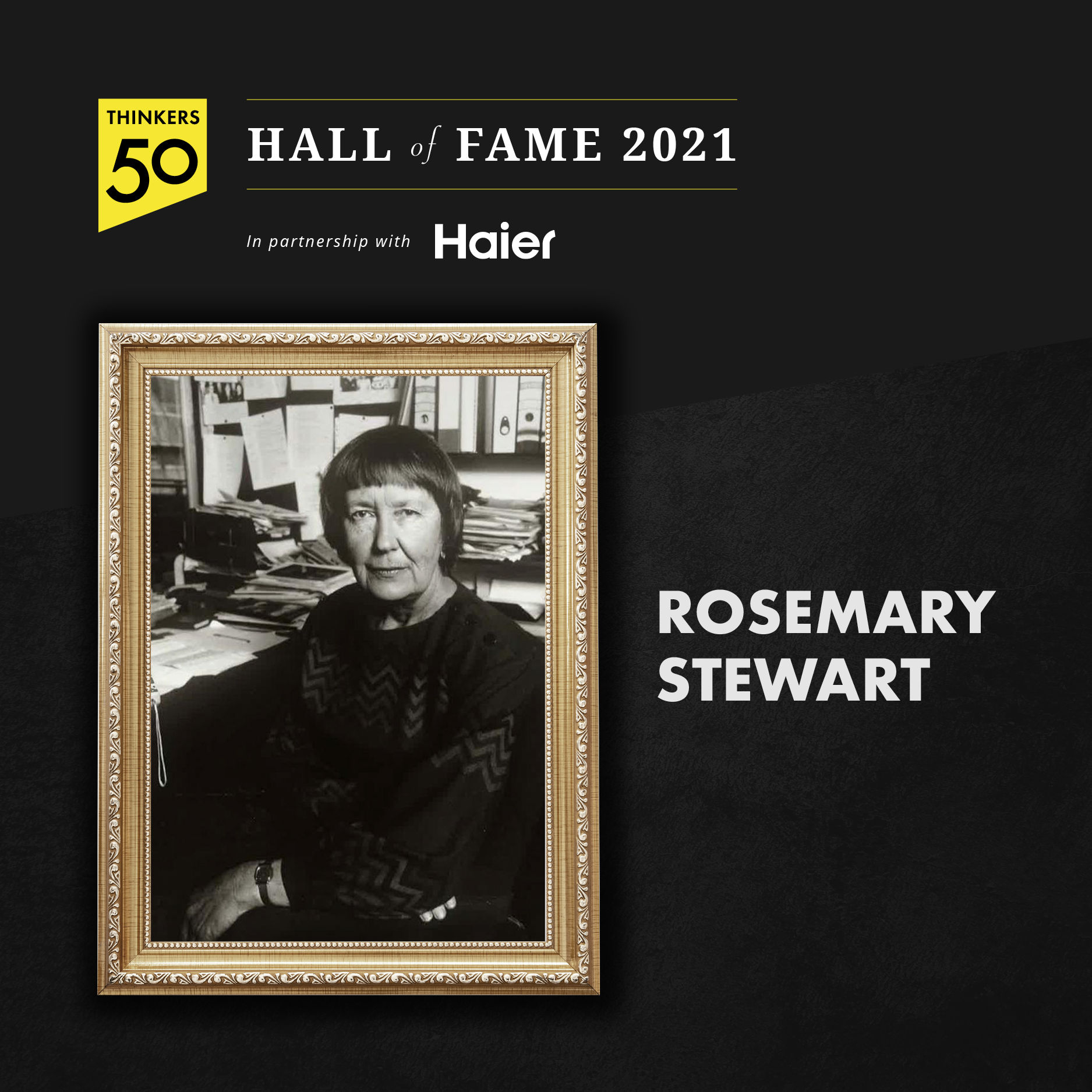 Rosemary Stewart has been inducted into the Thinkers50 Hall of Fame 2021, in partnership with Haier.

Rosemary Stewart was a British researcher and writer on business management and healthcare management.  Born in London and then educated in Canada, she returned to the UK to become a fellow in organisational behaviour at Templeton College, Oxford, dean of the Oxford Centre for Management Studies and director of the Oxford Health Care Management Institute.

She worked closely as a researcher and educator with the UK’s National Health Service and was a prolific author. Among other things, her research involved a detailed examination of how managers actually spent their time.  One project involved 160 senior managers in a variety of organizations keeping detailed accounts of their work over four weeks.  Stewart’s books included: The Boss: The Life and Times of the British Businessman, (with Roy Lewis, 1958); The Reality of Management (1963); Managers and their Jobs (1967), How Computers affect Management (1971), The Reality of Organizations (1972), Contrasts in Management (1976) and Evidence-based Management (2003).

Dr Maja Korica, Reader in Management and Organisation at Warwick Business School believes Stewart’s work remains highly relevant: “Rosemary Stewart was an early student of managerial work and champion of evidence-based management, publishing over 15 books after The Reality of Management in 1963. Her ‘demands, constraints, choices’ framework offered managers a way to understand their jobs better, so they could shape them in purposeful ways, rather than be carried by habit or momentum. For Stewart, there were no easy general prescriptions: paths to success were varied and demanded that managers be “analytically proactive” about their  decisions, priorities and contexts. At a time of ever-greater speed and complexity, Stewart’s work offers executives a timely guide: pause and consider, to manage better.”

Watch the official induction into the Thinkers50 Hall of Fame during Rendanheyi OpenTalk 2021.