The Birth of an Idea 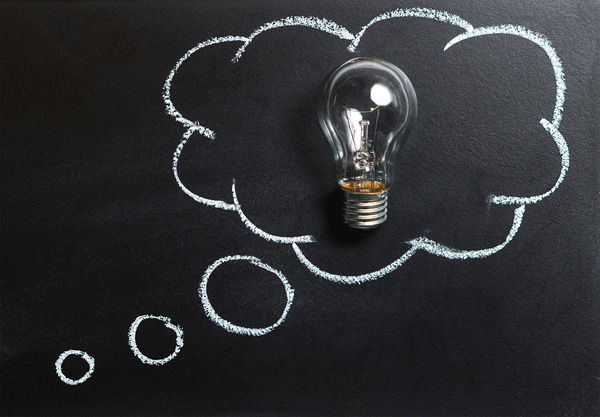 Innovation is an often messy, political, fuzzy business.  Here is the story of a neat idea which was one of the most popular management concepts of the 1980s and beyond: the Seven S framework.

The idea had its roots in the 1970s when the McKinsey consultants Robert Waterman and Tom Peters were engaged on a long-term project to identify the characteristics of successful companies.  This eventually saw the light in In Search of Excellence, the very first business blockbuster – selling in excess of five million copies.

[Lesson 1: New perspectives help.] The team were struggling with ways of communicating their conclusions so, in the summer of 1978, Waterman asked Anthony Athos and Richard Pascale to join the team as consultants.   Athos and Pascale had known each other for a number of years.    Athos was a long time teacher at Harvard Business School, an early investigator of corporate culture and a close friend of McKinsey chief, Ron Daniel.   At the time, Athos was on sabbatical in California and Pascale was teaching at Stanford.

Pascale had come across Peters fleetingly at Stanford.    ‘I knew Peters when he was an MBA student.   He was energetic, a live wire,’ Pascale recalls. He also knew Ron Daniel and Waterman, and had done work for McKinsey previously.   Neither Waterman nor Peters knew Athos at that time.

[Lessons 2: Innovation is about people. Always political. Often difficult.] Athos and Pascale discussed the possibilities of working together in the Bank of America building office of McKinsey where it was agreed that the gang of four would spend five days in a small room discovering what they knew and didn’t know about organizations.    The theory was neat and tidy though, to put it delicately, Athos and Pascale had reservations about the human dynamics.  ‘Athos and I had breakfast and we walked around a few blocks,’ Pascale remembers.  ‘Athos said we needed an agenda for the five days or we’d be driven round the bend by Peters – he’s so energetic, such a scatter shot.   Otherwise we wouldn’t survive the five days.’

[Lesson 3: Pressure provides inspiration.] Under pressure to figure out a means of surviving five days in the company of Peters, Athos sought inspiration.   ‘He said he had given it some thought and said there was a guy at Harvard, Cyrus (Chuck) Gibson, who had a scheme – strategy, structure and systems,’ recalls Richard Pascale.   ‘Gibson had developed these three Ss for Harvard’s PMD [Program for Management Development] which he and Tony were in charge of.   So, he said why didn’t we start with strategy on Monday, then move on to structure on Tuesday, and systems on Wednesday?    Tony said he had a couple of his own to add – guiding concepts and shared values.  I was working on The Art of Japanese Management so was interested in the idea of shared values though it was Tony who really started the entire visioning industry in the US.   Back in the seventies no one had really thought about it.    So Tony insisted on guiding concepts which he re-named super-ordinate goals, and I contributed style, and we walked in with five of what became the Seven S’s.   It was nothing more than a tool to control Tom Peters.’

[Lesson 4: If an idea can’t be communicated it will likely die. Work at making it memorable.] Management tools come and go with ever increasing rapidity.   This one worked – at least when the quartet were ensconced in their discussions.  ‘That’s what we did.  It was very productive.  We had a lot to say.   Athos and I persuaded Peters and Waterman to use the alliterative labeling, arguing that its advantages outweighed its lack of sophistication.   We then discussed the sequence of them and added skills,’ says Richard Pascale. Peters was the member of the quartet who suggested adding ‘skill’ to the framework as this encapsulated the idea of ‘organizational capability’ which Waterman had championed.

Peters and Waterman gave Athos credit for the alliteration – ‘Anthony Athos at the Harvard Business School gave us the courage to do it that way, urging that without the memory hooks provided by alliteration, our stuff was just too hard to explain, too easily forgettable’ – while admitting that it took  ‘a bit of stretching, cutting’.

So, armed with six words beginning with S which appeared to make sense of something, Peters and Waterman acquainted interested parties in McKinsey with their developing model.   A few weeks later, they introduced the six S’s at an internal meeting.

Not content with six variables, Peters and Pascale suggested another was needed, one that had to do with timing and implementation.  Athos and Pascale proposed calling it ‘sequencing’.

[Lesson 5: Innovation demands pragmatism.] This version of the magnificent seven proved short-lived.   Julien Phillips, an associate in McKinsey’s San Francisco office argued that sequencing should be replaced by staff.   The other four quickly agreed as sequencing was proving troublesome to fit in.   Peters had suggested ‘people’ should be included and, in his teaching at Harvard, Athos was using the awkward and decidedly unalliterative ‘aggregates of people’.   Peters also weighed in with the possibility of adding ‘power’ somewhere.  This didn’t happen.  So, the group were left with seven:  systems, strategy, structure, style, skills, shared values and staff.

[Lesson 6: Innovation tends to fuzziness.] Tom Peters provides a slightly different version of events.    ‘During the summer of 1978, me, Bob Waterman, Richard Pascale and Tony Athos worked up the McKinsey Seven S’s which became the centerpiece of internal teaching.   I think I know the straight story about the Seven S’s.  Tony and Richard got involved before I started teaching it at McKinsey.  I had a model I had developed at internal presentations.   They didn’t all have S’s.  I had five.   Tony had been on the cover of Time in the sixties as one of the great college teachers in the US and he took my thing and transformed in into something like the Six S’s model.   Richard Pascale is also a fabulous teacher and he was involved.   I had given them a mass of material and they transformed it into the alliterative diamond.   Tony, who is a keen epistomolgist, came up with super-ordinate goals.   Waterman got excited though I thought it a little corny – especially for McKinsey.   Waterman took a shine to it and I worked on it.  Waterman was the chief salesman and I was the chief writer.’

However they came about, the quartet agreed on seven S’s.  These were then passed on to McKinsey’s graphics department which created an image of a molecule.    The Seven S model was born.   It was neatly alliterative, accessible, understandable and with its logo (later named ‘the happy atom’) highly marketable.

[Lesson 7: Test and refine.] The decision was then made to take the model to the real world.    Managers liked it.   The Seven S model was a business theory to fit all occasions encapsulated on a single page or on the front of a T-shirt.    ‘We started running workshops around the world with McKinsey.  People would come to a one week meeting and would apply the Seven S’s to their own situation,’ says Richard Pascale.

The Seven S model first saw the light of the day in published form in June 1980 — sandwiched between articles titled ‘No-name products: a step towards no-name retailing’ and ‘Low productivity? Try improving the social environment’.

[Lesson 8: He who acts first…] Meanwhile Pascale and Athos were working on what was to become The Art of Japanese Management, published in 1981.   Athos had been invited by the McKinsey team to be a co-author on the first article.  Athos declined, saying he would rather write about it separately.     ‘The deal was we would all be able to use it,’ says Pascale. In fact, The Art of Japanese Management was the first book to feature the Seven S’s.   It appeared Peters and Waterman had been pipped at the post.

There was, Peters recalls, some ill-feeling.   ‘Athos and Pascale dropped out and then came out with The Art of Japanese Management which involved the Seven S model.   Waterman thought they had taken more credit than they deserved.’

And that is the story of the Seven S framework.

PrevThinkers50 Podcast: Susan David on Emotional Agility
What kind of entrepreneur are you?Next
PrevPrevious
NextNext
We use cookies to ensure you get the best experience on our website. By clicking “Accept”, you consent to the use of ALL the cookies. Read More Settings Accept All Reject
We Use Cookies...