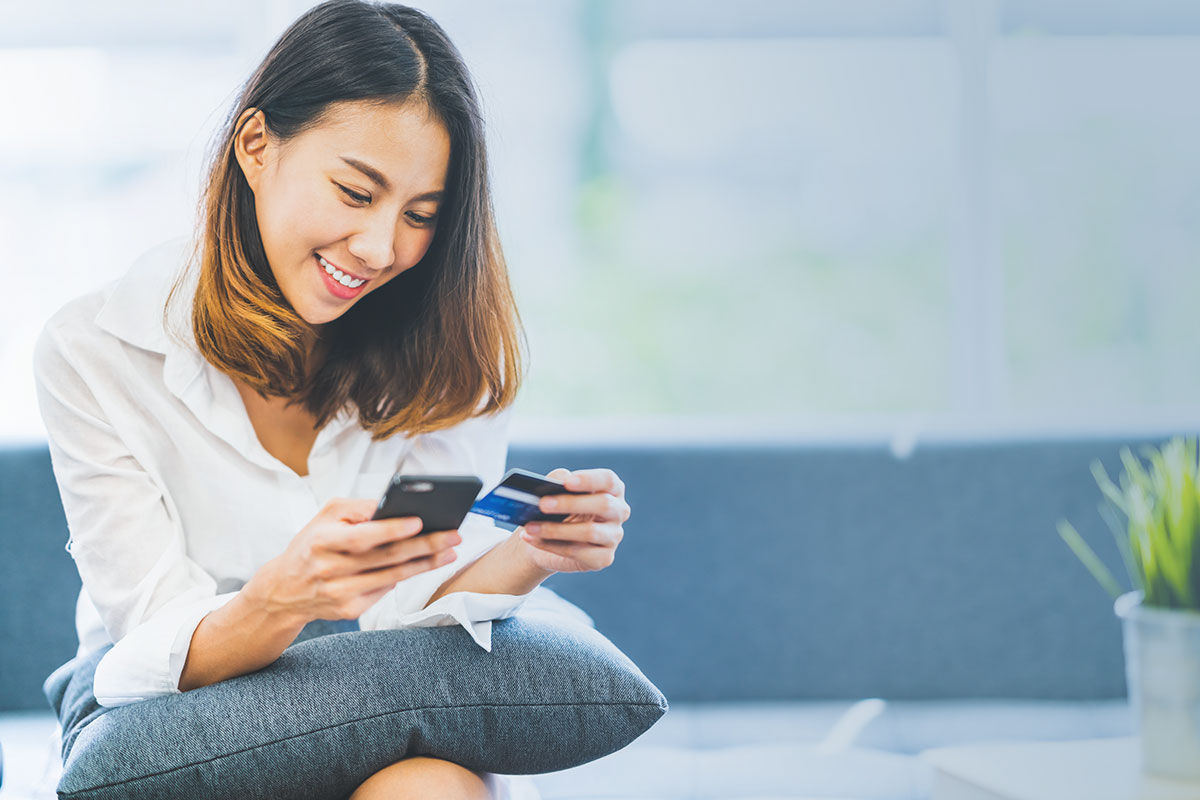 The invisible hand behind new retail in China

The rise of new retail in China has been largely driven by innovative companies that spotted emerging and unmet needs of consumers. Newcomers such as Meituan (food delivery), Hema Fresh (fresh food grocery pioneer) and Pinduoduo (social commerce platform) have been instrumental in pushing the boundaries of new retail beyond the horizontal e-commerce platforms of Alibaba and JD.com. Moreover, individual internet celebrities such as Li Jiaqi (favourably called Mr Lipstick), Tao Liang (favourably called Mr Bags) and Li Ziqi have brought retail to a new level of experience.

New retail in China has been doing well. For instance, Meituan’s valuation was over US$235 billion in January 2021, almost 60% higher than six months earlier. And Pinduoduo, just six years old, reached a valuation of over US$230 billion in January 2021, while the valuation was only US$100 billion six months before. Mr Lipstick generated US$145 million in sales on 2019 Single’s Day alone. Not bad for a guy who specialises in cosmetics — and much to the envy of many public listed companies. To beat his own record, on Oct 20, 2021 (the first day of annual shopping festival of Singles’ Day), Mr Lipstick was able to attract almost 250 million viewers and sold 12 billion yuan (US$1.9 billion) goods ranging from Shiseido lotions to Apple Airpods. But behind the scenes of Meituan, Hema and Pinduoduo, and behind the individuals of Mr Lipstick and Li Ziqi, there is an invisible hand: a handful of business ecosystems.

The new phenomenon of retail in China is inextricably linked to Alibaba, Tencent and Bytedance, the mother company of TikTok. These three giants cannot be called “companies” as their reach spans dozens of industries, tens of thousands of partners and hundreds of millions of consumers. They are true kingdoms, competing and sometimes collaborating. In popular terms, we refer to them as ecosystems. A business ecosystem is an interdependent constellation of organizations—including suppliers, distributors, customers, competitors, and government agencies, and so on—involved in the delivery of a user-centric solution through both competition and cooperation. If anything, Alibaba, Tencent and increasingly Bytedance are exemplifying the power of ecosystems and driving the new retail transformation in China.

In 2016, Jack Ma proposed the concept of “new retailing”, that is, the combination of online, offline and logistics. Hema Fresh captured a lot of attention and is interpreted as Alibaba’s way of reinventing new retail.

Alibaba is also a main player in lifestyle/location-based services. It invested in Meituan in 2011, which it later lost to Tencent in 2015. To compensate, it paid over the top to acquire Ele.me in 2018 (US$9.5 billion was considered an outrageous overvaluation) and soon merged Ele.me with Koubei, a restaurant-reviewing company in which Alibaba had invested back in 2006.

But Alibaba’s footprints in new retail go far beyond Tmall, their B2C arm — they launched Tmall Fresh in 2013, and invested in Yiguo Fresh to expand the fresh food grocery business. Going deeper to reinvent commerce, Alibaba invested in a series of brick-and-mortar supermarket chains and shopping malls, such as Sanjiang (三江购物), Lianhua Supermarket（联华超市, Yintai (银泰) and Suning (苏宁). Then, the C2C arm, Taobao launched Taobao Live in 2016 and cultivated celebrities such as Viya and Li Jiaqi — even Luo Tianyi did her first livestream selling on Taobao Live, and Li Ziqi has her flagship store on Tmall. Facing the heavy competition from what used to be bottom of pyramid competitor Pinduoduo, the company launched a “Taobao Special Edition” app in 2018 to compete with Pinduoduo on social commerce. The Alibaba ecosystem has tentacles in every corner of the new retail transformation.

Tencent’s focus is social communications. Its most popular instant messaging service, WeChat, had over 1.23 billion active monthly users (MAU) in China and abroad in December 2020[1]. However, Tencent is unlikely to sit still and watch Alibaba, JD and others dividing the spoils of retail. In 2014, it acquired a 15% stake in JD and, in 2015, invested in Missfresh, one of the most valued fresh food e-commerce start-ups in China.

But that’s not all. Tencent’s ambition in the high-frequency lifestyle services is evident in the way it grabbed Meituan from the hands of Alibaba. In 2014, it invested in Dianping, the No.1 restaurant-reviewing company in China, and, in 2015, succeeded in merging Dianping with Meituan. It invested US$1 billion into the newly merged company and another US$400 million in 2018, just before Meituan’s IPO. Alibaba fought back by acquiring Ele.me, as we saw earlier, at an over-inflated price.

Tencent invested in PinDuoDuo (PDD: NASDAQ listed company) in 2016, just one year after PDD had been established, and invested again in 2018, before PDD’s IPO. Tencent is indispensable to PDD, who relied on the social media effect of WeChat to accumulate its huge customer base. With JD targeting higher-end customers and PDD targeting lower-end customers in the third and fourth tier cities, it looks like Alibaba’s Taobao is squeezed rather uncomfortably in the middle.

ByteDance vying for a seat on the new retail table

“Three” is a magic number in China. Taoism, a school of philosophy as popular as Confucius in ancient China, has a famous saying, “The Tao is unmatched. Its primal activity produced the two opposing principles in nature – negative and positive. These two principles interacted with each other and produced a balanceable state of “three”. All things of the universe came into being in this state.” In Chinese it is “道生一，一生二，二生三，三生万物”. When Baidu lagged Alibaba and Tencent and was even dropped out of the “BAT” tier, there had to be someone else to build the new equilibrium of three kingdoms.

ByteDance is quickly on the way to becoming a new “super-app”. Founder Zhang Yiming’s first product, Toutiao, quickly became China’s largest news aggregation service, surpassing traditional media and internet giants within five years of its launch. Attracting hundreds of millions of young Chinese users, the company was well positioned to expand into entertainment, and more recently into livestreaming and commerce.

In 2016, ByteDance began to enter short videos by establishing Douyin, Huoshan and Xigua short video platforms. They grew very fast, by 2019, Douyin had become the No. 1 short video platform in China. On April 1st, 2020, when the nation was recovering from the Covid-19 pandemic, Luo Yonghao (罗永浩), the former CEO of Smartisan Technology, a company once valued US$100 million, began his first live broadcasting on Douyin. Brands competed fiercely for slots in Old Luo’s first live broadcast. Only 1 in 100 brands were selected, and they had to pay RMB600,000 (US$85 thousand) each[2]. For the whole year of 2020, Douyin ecommerce achieved GMV (general merchandise value) of US$ 77 billion, among which live stream achieved GMV of US$21 billion. Considering the short history of Douyin live stream selling, this is great performance. As comparison, the GMV for Taobao live in 2020 is US$60 billion.

While BAT put everything in front of you for you to search and choose, ByteDance does the opposite. Based on algorithms, it seems to understand what you like and want and pushes it to you, without you having to bother to search and choose. Pushing based on algorithm is more in line with human nature; in this sense, the gene of ByteDance is more technologically advanced than Alibaba and Tencent. Algorithms will help ByteDance to be part of the “triumvirate”.

What does this mean for global players?

New retail in China is relevant to global players, whether their business is in China or not. We think China is leading the pack in the practice of new retail. The evolution of new retail and the multi-levels and complexity of the Chinese consumer market are relevant to its development in other parts of the world. The dynamics and mechanisms that drive a new retail transformation are fundamentally different from the traditional brand-driven retail world. It is critical for global retailers, brands and platforms to understand the role of ecosystems in orchestrating the new retail transformation. While in China, these ecosystems are predominantly Alibaba, Tencent and ByteDance, in other markets, other ecosystems dominate. Whether it is Grab in South-East Asia or Sber in Russia, ecosystems play a major role in new retail.

← Announcing the Thinkers50 2021 Coaching and Mentoring Award Shortlist In a fast-changing world, can you see past the “blinders” to shape your future? →
View Calendar