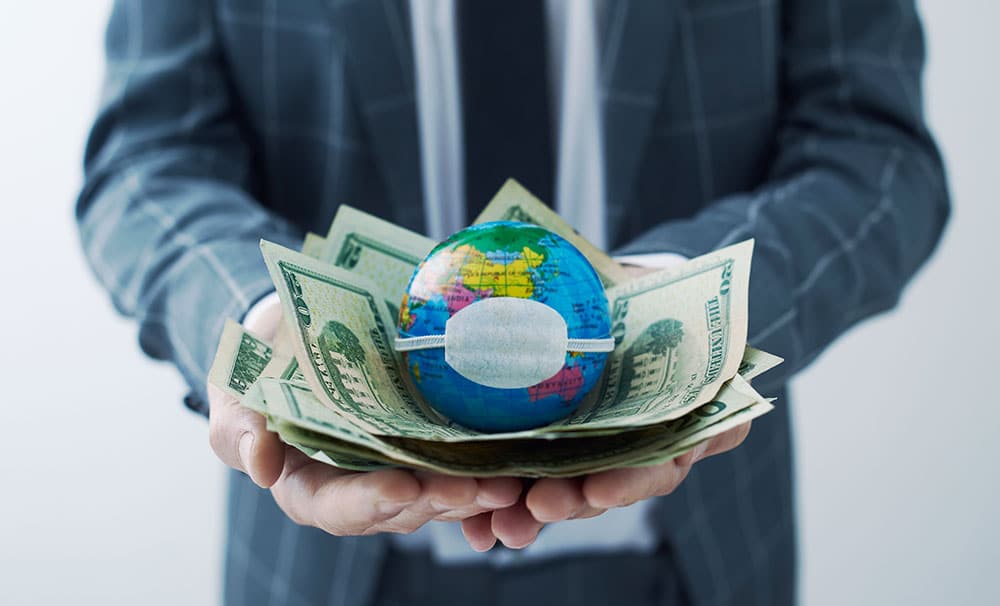 We appear to be headed into a lose-lose trap. By testing and isolating, we have tried to flatten the curve more than stop the coronavirus, in the hope that some vaccine or miracle drug will come along. Short of that, our choice may be coming down to killing our economies by keeping them closed or opening them up at the risk of killing more of ourselves. A way out may lie in the evidence that, beyond the direct transmission of the virus, is an atmospheric form of transmission, through polluted air. This could help to explain why the major outbreaks of the disease occur where they do, in facilities as well as cities. We can escape this trap, and face climate change in the bargain, by using selective shutdowns of the major sources of pollution. The time has come to go forward.

A number of key questions about this pandemic have lacked adequate answers. Why have outbreaks occurred in some large cities but not others, often not even in their own surrounding areas? Why do we see such virulent outbreaks in some confined facilities, including cruise ships and seniors’ residences? What can explain the rather abrupt end of the outbreaks in Wuhan and South Korea? And why do some people get the virus with no evident exposure? Something else must be going on.

This answer begins with a study conducted from 21 February to 13 March, by a team of Italian researchers—chemists, biochemists, and environmental scientists—who considered the association between atmospheric pollution and the rapid propagation of the virus. This correlation has been reported elsewhere, but these researchers found a possible causation: minute particles of the virus attach to polluted particles carried in the air that we may be breathing.

Judging by tests on other viruses (Zika and Ebola), this one may remain active for only a few hundred meters. Outbreaks might thus be found where polluted air sits over a specific locality—as it does in smog-ridden cities such as New York—although not far into surrounding areas. The ten largest outbreaks across the world (as of April 8)—within China, the United States, Italy, Spain, and Germany—all occurred in heavily polluted areas.

We know that the virus spreads through proximate contact, for example via coughing and touching. This can be labeled Level 1 transmission, direct. We also know that polluted air can damage people’s lungs, thereby putting at greater risk those who have come down with Covid-19. Here, however, something different from both is being postulated: that people, even alone, can become infected as the virus reaches them in the particles of polluted air. This can be labelled Level 2 transmission, atmospheric.

Covid-19 cases can now be found throughout the world, but major outbreaks are not, despite all the dire predictions. This could be explained by these two levels of transmission. The virus can be carried to some new place by an infected individual, who then transmits it at Level 1, say at some social gathering. But once there, the virus may require Level 2 transmission to become an outbreak, by hitching to particles in the locally polluted air (with this effect possibly being mitigated by climatic factors, including humidity that may lengthen the active period of the virus and sun exposure that may shorten it—both indicated in the Italian report—as well as wind that can clear the air). Polluted air may thus be the major factor in explaining where outbreaks occur, after the virus lands—indoors as well as outdoors.

Level 2 transmission can also help to explain why some people get infected with no direct exposure—they can get it from polluted air—and why a major outbreak might not spread to less polluted areas beyond the immediate one: the virus can travel the distance in an infected person (Level 1), not in the open air (Level 2).

China and South Korea have been lauded for isolating their people to slow the rate of infections. Fair enough. But a more significant benefit may have been serendipitous. With reduced traffic and industry, the pollution abated, and thus did the outbreaks. This suggests that getting back to business and polluting as usual, in America no less than Asia, could bring about new waves of the virus—the beginnings of which we may be seeing now in Japan. If we don’t clear the air, will we contain the pandemic?

In 1854, during an outbreak of cholera in London, Dr. John Snow, dismissed as a maverick for challenging the established belief that cholera had to be transmitted through air, placed a pin on a map where each person had died. All but two clustered around one well. He travelled to the home of one of the outliers, where he was told that the deceased preferred that water and had it brought to her. A niece who visited her from the place of the other pin also liked that water. These two outliers substantiated Dr. Snow’s case for transmission of cholera through polluted water. The handle was taken off the well and the outbreak ended.

Could certain confined facilities, such as cruise ships and seniors’ residences, be the outliers that substantiate the case for transmission of the coronavirus through polluted air?

People in these facilities normally mingle. But with the occurrence of infections, they were locked down in their rooms. Yet the infections continued to spread. The orthodox explanation for this has been Level 1: the virus was being carried directly to them, perhaps in the trays left at their doors, also by infected caregivers coming into the seniors’ residences. Again, no matter how correct this explanation may be, is it sufficient to explain the high incidence of cases?  It would have an awful lot of explaining to do. Are we seeing only what we believe?

Studies in some cruise ships and senior residences have found high levels of pollution in the air, which could carry the virus beyond the range of direct contact. Ventilating systems (as identified for the legionnaires’ disease) can accelerate the flow of such air, but each facility also has its own internal atmosphere that might suffice to spread the disease. If so, we shall have to find out what chemicals are being used in such spaces, with what propensity to carry the coronavirus, so that each space can be tested to eliminate what is dangerous. The same can be concluded for mass gatherings in indoor arenas, theatres, and the like, also meat plants: Look for Level 2 transmission, not just Level 1.

Does this make the case for Level 2 transmission? Perhaps more than has the case been made for the iniquitousness of Level 1 transmission.  A number of epidemiologists have challenged what is being discussed here as lacking sufficient evidence. Tell me, where is the evidence for the hodgepodge of solutions currently being pursued? Show me the evidence that drove the decision here in Quebec to reopen the schools first? What evidence supports firing up our polluting economies and hoping for the best? With the stakes so high, and the options so limited, we cannot wait years for confirmation of a proposal that is not only plausible, but constructive. We need to move forward, not backward.

To open or not to open is now the question. It could be dead wrong, carrying us straight into the lose-lose trap. Level 2 transmission points to another way, forward. Stop the polluting to stop the virus. #stopP2stopV. Rather than keeping an economy closed. or opening it to polluting as usual, we can engage in selective shutdowns. Open those parts that hardly pollute while keeping the major sources of pollution closed until they clean up, if possible—power plants, factories, vehicles, and the like that are the heaviest emitters. This could be harsh, but not nearly so harsh as the two options that are currently being pursued. In fact, taking the handles off the wells that are polluting our air, indoors and outdoors, could turn out to be win-win, for our immediate and long-term health as well as for a climate that has had enough of our warming. Surely this is the time to do what we should have been doing long ago.

© Henry Mintzberg 2020. Managing the Myths of Health Care was published in 2017. Originally published on https://mintzberg.org/blog/going-forward-not-backward

I am grateful to all those who have contributed to this effort during the past mad month:

For the record, I have posted this here after offering it to four prominent newspapers, one of which turned it down nicely, twice, and as of this writing, I have had no word from the other three. Quite a number of epidemiologists saw this; I recall none who did not dismiss it for want of sufficient evidence— while it seems to me that, in our efforts to go forward, we are pursuing hope-for-the-best courses of action.

2 An article in the Guardian on 24 April finally discussed this finding, but not its consequences, quoting  experts on its plausibility, and one who said that confirming it could take two or three years. 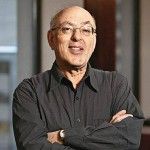 Henry Mintzberg is Cleghorn Professor of Management Studies, at the Desautels Faculty of Management, McGill University in Montreal. His work has focused on the work of the manager, and how managers are trained and developed. He was awarded with the Thinkers50 Lifetime Achievement Award in 2015.

PrevThe Vijay Govindarajan Video Series: Series Finale
How to Harness Disruption and Reinvent Your CareerNext
PrevPrevious
NextNext
We use cookies to ensure you get the best experience on our website. By clicking “Accept”, you consent to the use of ALL the cookies. Read More Settings Accept All Reject
We Use Cookies...