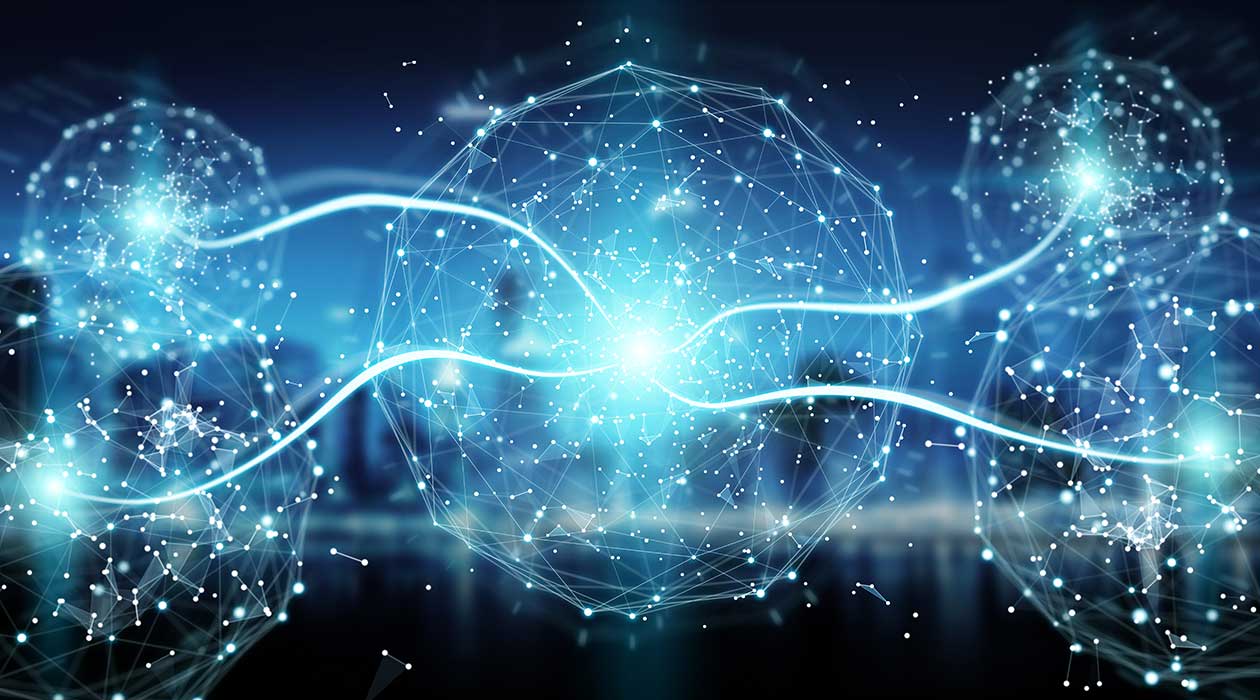 How Resilience is Powered by Digital Technologies

Sometimes we can find inspiration for how to compete in the future by looking into the past — in particular, at the stories of the ancient Greek poet Hesiod. Hesiod described the story of the hydra, a creature that guarded the entrance to the Underworld, that had a special power — when one head was cut off, it was able to grow two others to replace it. This idea of becoming stronger, not maintaining or losing strength, when put under stress is at the core of the modern concept of resilience.

Our research has identified three distinct paths that organizations can take to build resilience and thus respond effectively to crisis situations such as those faced during the Covid-19 pandemic. The most resilient organizations were able to combine all three so that they, like the hydra, increased their power and strength during the crisis.

First, they were nimble enough to avoid the worst impacts; second, when they were hit, they were robust enough to absorb a lot of the damage; and third, they were responsive enough to accelerate away from the crisis faster and more effectively than their peers. Each of these paths was enabled and amplified by digital technologies.

Side-stepping shocks is linked to sensing risks in the environment, being able to position yourself to avoid dangers, and moving quickly to dodge impacts. Opportunities come and go quickly during a crisis, so organizations need to be ready and willing to act at speed, even if they sacrifice quality and predictability in the process.

Global consumer goods company Nestlé was able to quickly build a digital dashboard to track COVID-19 outbreaks down to individual ZIP codes and correlated this data with internal manufacturing and supply chain data to maintain their global product supply.

When organizations are under pressure, they also become prime targets for attacks such as phishing attempts or malware. Google reported spotting 18 million scam emails per day at the height of the pandemic in 2020. While organizations may never predict when they will be hit by a cybersecurity crisis, they can design an effective cyber resilience plan to mitigate the effects of an attack against their data assets while keeping the business running.

When it’s impossible to avoid a shock, like the Covid pandemic, the next best thing is to minimize the damage. Many organizations struggled — and some failed — during the pandemic not because they weren’t nimble or innovative, but because they were felled by a single devastating blow. Unfortunately, some hallmarks of strong shock absorption — scale, inefficiency, or centralization — are seen as impediments to effective competition by executives since they tend to add cost. Yet, when set up in the right way, these elements can enhance the ability of organizations to withstand shocks without inhibiting performance.

During the pandemic, when Richemont’s portfolio of luxury watch brands suffered due to the closure of boutiques across the world, it managed to replace lost revenues with online sales of new and pre-owned watches via platforms it had invested in prior to the crisis. By contrast, Gold’s Gym, Avianca Airlines, and Brooks Brothers suffered from a lack of diversification and ultimately went bankrupt.

Robustness can also be increased through devolution of power. Hierarchies are most vulnerable at their weakest point — the top. Empowered teams, by contrast, are inherently robust. Since they’re decentralized, no single strike or crisis can take them all out. However, empowerment without frequent and effective communication leads to extreme fragmentation. Thus open, secure, and regular information flows are required so that teams continue to work from the same page.

Path 3: Accelerating away from shocks

Bouncing back from shocks is partially operational — being able to redeploy and reconfigure resources — and partially cultural — fostering a tolerance for failure and implementing an environment that encourages risk taking and rewards learning. Organizational cultures that reward risk taking and tolerate failure tend move more quickly that those that don’t. If people are criticized for failing, they are less likely to take risks; in a crisis, this can be fatal.

Singaporean bank DBS implemented a number of initiatives aimed at creating a learning organization. These included upgrading employees’ digital skills, implementing hackathons including a special version for employees over 40, and incentivizing employees to share learning with other employees. These efforts have contributed DBS’s elevation from World’s best digital bank to World’s best bank.

Since it is difficult to predict how the future will unfold in a crisis, it is hard to effectively plan the allocation of resources. Thus, it important to build resources that are modular and/or mobile so they can be reconfigured or moved as needed. Digital tools tend to be more modular and mobile that their physical equivalents.

Indeed, a study we conducted during the pandemic correlated digital initiatives and investments to business performance and revealed that organizations that were early adopters of digital technologies were best positioned to effectively respond to the COVID-19 pandemic.  Organizations with a high or very high level of digital maturity before the pandemic maintained a higher level of performance throughout the crisis. They were also faster to get back on track by creating new forms of value for their customers.

As the pace and frequency of disruption continues to increase, digital technologies will constitute a critical element of digital resilience in response to external shocks. 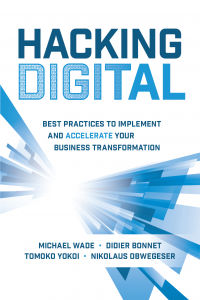 Michael Wade, Didier Bonnet, Tomoko Yokoi and Nikolaus Obwegeser are the authors of Hacking Digital: Best Practices to Implement and Accelerate Your Business Transformation, out on 29th October, published by the IMD.