How To Lead The Future In A Hybrid World 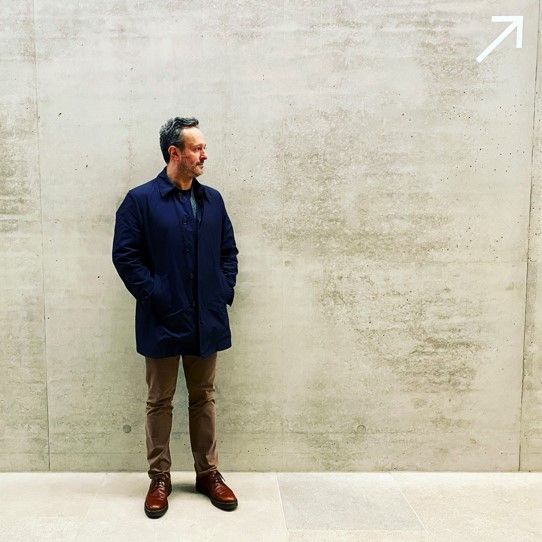 One in three people believe their jobs will be automated in the next five years; according to the World Economic Forum, leaders will need to reskill over a billion people by 2030 just to keep up with the forces of business and technology disruption, and accelerating job decay. The race to reskill has never been more urgent and yet there’s a significant gap between talk and action. Hack Future Lab founder and global management thinker Terence Mauri sets out a playbook for leaders to scale lifelong learning, curiosity and urgency to lead the future in a hybrid world.

What will job titles sound like in the next decade? Distraction Prevention Coach, Genetic Diversity Officer, Algorithm Bias Auditor are some examples of what jobs of the future might look like. The world is facing a reskilling emergency caused by the blurring of industry lines, economic and geopolitical uncertainty, disruptive technologies such as AI and automation, and the shrinking of company, product, and even job lifespans and yet many leaders appear unprepared to amplify the full potential of their people in this unbossed, hybrid future. The shift from bring your own device to bring your own environment (BYOF) has forced leaders to rethink how and why we work, job satisfaction, and the urgency to remain relevant when the only certainty is uncertainty. With nine out of ten organisations saying they want to reinvent themselves in 2021, and almost all leaders reporting significant skill gaps, the C-suite is making upskilling and reskilling a strategic priority for success in a volatile operating environment.

Further signals of turbulence ahead
Employees see upskilling and reskilling as an attraction and retention driver and integral to supporting their health, wealth and wellbeing. When only one in five employees believe their opinions matter at work, and only one in five have the freedom to experiment with new solutions, we can safely say that today’s work-model is broken. Change used to happen as a breeze. Now it feels like a category five typhoon. This isn’t very surprising, considering most companies (93%) expect technology to continue as a primary business disruptor, followed by rising customer expectations (87%) and industry consolidation (80%). Plus, one in three employees believe their job will not exist in a few years due to automation at work and the gig economy.

As awe mixes with anxiety, employees expect consumer-level digital experiences at work and more fluid work-based models that don’t just react to disruption but anticipate it and turn it into sustainable advantage.

The shape of tomorrow’s world

It might come as a surprise that half the companies on the Fortune 500 List were founded during an economic downturn. In fact, many of today’s business unicorns, including Airbnb, Square, Slack and Uber, are children of the Global Financial Crisis. As disruption accelerates and business models decay at a faster rate, leaders are tested in terms of both business continuity and organisational resilience: they must stop, flip the switch, turn on the lights and see and ask what’s ahead — without fear or concern. The most important question to consider is: are you prepared for tomorrow’s world? From this, we can focus on the more granular issues.

Like many organisations, Novartis — a Swiss multinational pharmaceutical and life sciences company experienced significant talent disruption after it underwent a digital transformation. It faced the challenge of determining which digital talent was most important to the business and where it resided in the company — which was less than transparent. Workforce capability and lack of future skills are a primary reason why transformations fail.

At Hack Future Lab, a London based think tank looking at future of work trends, our research shows that a lack of an integrated approach to strategic workforce planning (which takes account of how skills may change) will erode an organisation’s future resilience and cause it to inadvertently lose the war for talent in a hybrid world.

Today, just one in three leaders say they are investing in future learning and workforce upskilling and reskilling as part of their future of work strategy. Ubuntu is an ancient African word meaning ‘humanity to others’. It is often described as reminding us that ‘I am what I am because of who we all are’. Alongside capability leaders can also outpace the forces of disruption with imprintable cultures An imprintable culture is defined as emotionally charged milestones at work where employees imprint during key events like their first day as a manager or achieving a major performance breakthrough. Leaders who unlock imprintable moments in their culture are 3.5x more able to absorb change and transformation and 4x more energised and purpose-driven.  The bottom line is that culture and its values are like fingerprints; they are invisible, but they leave their mark everywhere. I believe culture is seen as incredibly important, but mismanaged and undervalued in most organisations. This needs to change, especially in a hybrid future.

Every organisation says it wants to outpace disruption with culture, which requires the cultivation of a learning mindset at both the individual and organisational level, and another look at goals and the allocation of both time and financial investment for learning. Whether it’s Nvidia leading on agility or Bain leading on collaboration, a culture of co-creation has three building blocks:

With so many unknowns, how can companies, individuals and society as a whole win? Leaders must first understand the new biology of leadership. Flora and fauna are, in some respects, the first home of leadership. The restless forces of nature can help leaders understand how organisations sustain vitality over time and learn to embrace deep uncertainty and complex futures. Consider the variety of strategies employed by plant species in a rain forest from forming symbiotic relationships with other plants to joining Costa Rica like ecosystems in order to to grow, thrive and adapt to a rapidly changing environment. Today’s leaders must deliver at greater velocity, and in more ambiguous contexts than ever before. Hack Future Lab’s research on the biological interplay between culture, leadership, and strategy shows that leaders should ask three catalytic questions to steer their organisations into the future.

People are already comfortable blurring work and life, so the next challenge is to appreciate a blended work-learn model. If employees are ready and eager for upskilling and reskilling, what’s holding them back?

For the majority, it’s time. Almost all (87%) employees experience barriers to reskilling. And the most commonly cited challenge is time constraints (38%), followed by a preference to spend spare time in other ways (35%, see figure 23). Lifelong learning means changing from training, working and rewarding in a linear fashion — with progression pegged to static career levels — to a cyclical model of reinvention. Ultimately, people will stay with companies they feel are making them marketable and leave those that are not.

There will be winners and losers in the race to reskill in a hybrid future. It has multiple purposes: to meet talent shortages, to help organisations and employees thrive but also to ensure livelihoods and ethical sustainability for future generations.
It’s time to elevate humanity.

Terence Mauri is the founder of Hack Future Lab, a global management think tank and a leading management thinker on the future of leadership. His new book The 3D Leader: Take your leadership to the next dimension is out now.

PrevThinkers50 Curated LinkedIn Live with Ruchika Tulshyan
Announcing the Thinkers50 2021 Leadership Award ShortlistNext
PrevPrevious
NextNext
We use cookies to ensure you get the best experience on our website and continuing implies your consent - Read our full cookie policy Okay, don’t show me again
We Use Cookies...