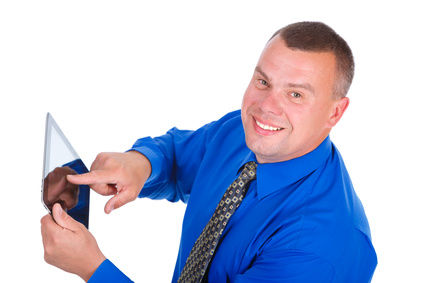 It is the job of the leader to set standards. High ones.

One of the best examples of a leader seizing the initiative and shifting standards in an organization is that of the CEO of the Chinese white goods manufacturer Haier, Zhang Ruimin. In 1985, after receiving letters from consumers complaining about quality problems with Haier refrigerators, Zhang joined employees in demolishing seventy-six of the sub-standard refrigerators with sledgehammers. The point was made: Haier had to match or exceed the highest quality standards. The story is constantly referred to and one of the destroyed refrigerators remains on display in Haier HQ.

Such symbolic displays are hugely powerful but require constant reinforcement. There are few overnight successes in leadership or in organizations. Standards have to be set over time; values acquired, agreed upon and tested; examples set. Consider the story of Levi-Strauss & Co., one of the world’s largest apparel companies with revenues nearing $5 billion and 16,000 employees. ‘Next time you’re in a Shanghai launderette, or a juke joint in Joliet, or a boardroom in midtown Manhattan, look for us. We’ll be a simple, but essential, part of someone’s individual style,’ runs one company ad.

Not only is Levi’s a top ranking global brand, it has got there the ethical way. The company has consistently won awards from public bodies and praise from business leaders for its commitment to ethics, values and social responsibility. In a poll of US business leaders, Levi-Strauss was voted the country’s most ethical private company – an honor shared with the Merck Corporation, consistently recognized as America’s most ethical public company.

At Levi-Strauss, ethics and values are not an afterthought, concepts bolted on to the business when economic success is guaranteed. They are at the core of its culture and are perceived to be key drivers of business success. The company manages its ethics and values commitments with the same degree of care and attention that it devotes to other critical business issues. As with John Lewis in the UK, Robert Bosch in Germany and Tata Industries in India, the company’s commitment to good ethics and values was set by its founding family. But it has successfully transferred the family’s personal commitment to ethics, values and social responsibility into its worldwide business ethos and management practices.

The importance of such historical commitment cannot be underestimated. A culture of ethics, values and social responsibility is built over time rather than overnight. The company has been a family-owned business for most of its 140-year history and this connection has been critical in shaping its sense of values and its brand. The Haas and Koshland families have influenced the ethics and values of Levi-Strauss.

The original Levi Strauss (1829–1902) came from Bavaria. He arrived in New York in 1847 and worked with his half-brothers in their dry goods business. In 1853 Strauss went to San Francisco to set up his own business. His big break came when one of his customers, a Nevada tailor called Jacob Davis, showed him an idea he had for riveting men’s trousers. The result was robust and long lasting – suitable if you were a gold prospector or a farmer. Davis needed $68 to file a patent for the design. In 1873 Strauss and Davis patented the riveted trousers or ‘waist-high overalls’ as they were then called. The company prospered – when he died, Levi Strauss’s estate was worth the then colossal amount of $6 million.

The first major challenge faced by the company occurred in 1906 when the San Francisco earthquake – followed by a fire – destroyed the company’s headquarters and two factories. In response, Levi Strauss extended credit to its wholesale customers so they could get back on their feet and back in business. The company carried on paying its employees and a temporary office and showroom was opened to give them some work to do while a new HQ and factory were built.

A similar example was followed by the company during the Great Depression. The then CEO Walter Haas Sr. employed workers laying new floors at the company’s Valencia Street plant in San Francisco rather than laying them off. Later, the company ensured equal employment opportunities for African Americans in its factories during the 1950s and 1960s when expanding into the southern States. As the business grew the community involvement tradition developed alongside.

The trouble with leadership history lessons is that they can appear easy and almost preordained. But the leadership reality is that trust and ethics are fickle. Standards have to be maintained. While the 1960s saw Levi’s reach international markets and become accepted as youth wear, the 70s were a different story. In the 1970s it was successfully prosecuted under Anti-Trust law in California. In 1971 the company went public. This proved highly unsuccessful. It also brought in a CEO from Playtex who encouraged it into brand extensions. Levi’s swimwear, Levi’s headgear and Levi’s rainwear were among the best-forgotten diversions from the main business.

Between 1980 and 1984, the company’s net income fell by over 80 percent. It shut or sold one quarter of its US factories and cut its workforce by 15,000 – nearly one third. ‘The trust in the company and its leadership in particular was shattered,’ reflected the man charged with rebuilding it, Robert D. Haas, the great-great grand-nephew of the founder. He took over as CEO in 1984 and successfully transmuted the company’s benevolent paternalism into a more dynamic, modern approach to managing ethics and values, one which engages employees in the process.

Ethics remain an integral part of the company. The company published an ‘aspirations statement’ in 1987 which challenges all employees to show leadership in ‘modeling new behaviors, empowerment, ethical management practices and good communications’. The Aspirations Statement also recognizes that people need recognition for their work and positive behavior, and commits the company to valuing and making good use of human diversity whether by age, race, sex or ethnic group. It is not decorative. Managers are not judged by economic performance alone. This is a critical message for the importance of these values to the company. Up to 40 percent of management bonuses are decided on performance measures relating to ethics, values and personal style in human relations as set out in the Aspirations Statement and elsewhere.

‘We have told our people around the world what we value, and they will hold us accountable,’ one Levi Strauss leader observed. ‘Once you do that, it’s like letting the genie out of the bottle. You can’t go back.’

These lessons apply equally to leadership. Leaders have to clearly state what they value and welcome being held accountable for their performance.

PrevWe reinvented the business book … 48 hours with the world’s publishers in Munich
Thinkers50 China Launch Ceremony GalleryNext
PrevPrevious
NextNext
We use cookies to ensure you get the best experience on our website. By clicking “Accept”, you consent to the use of ALL the cookies. Read More Settings Accept All Reject
We Use Cookies...