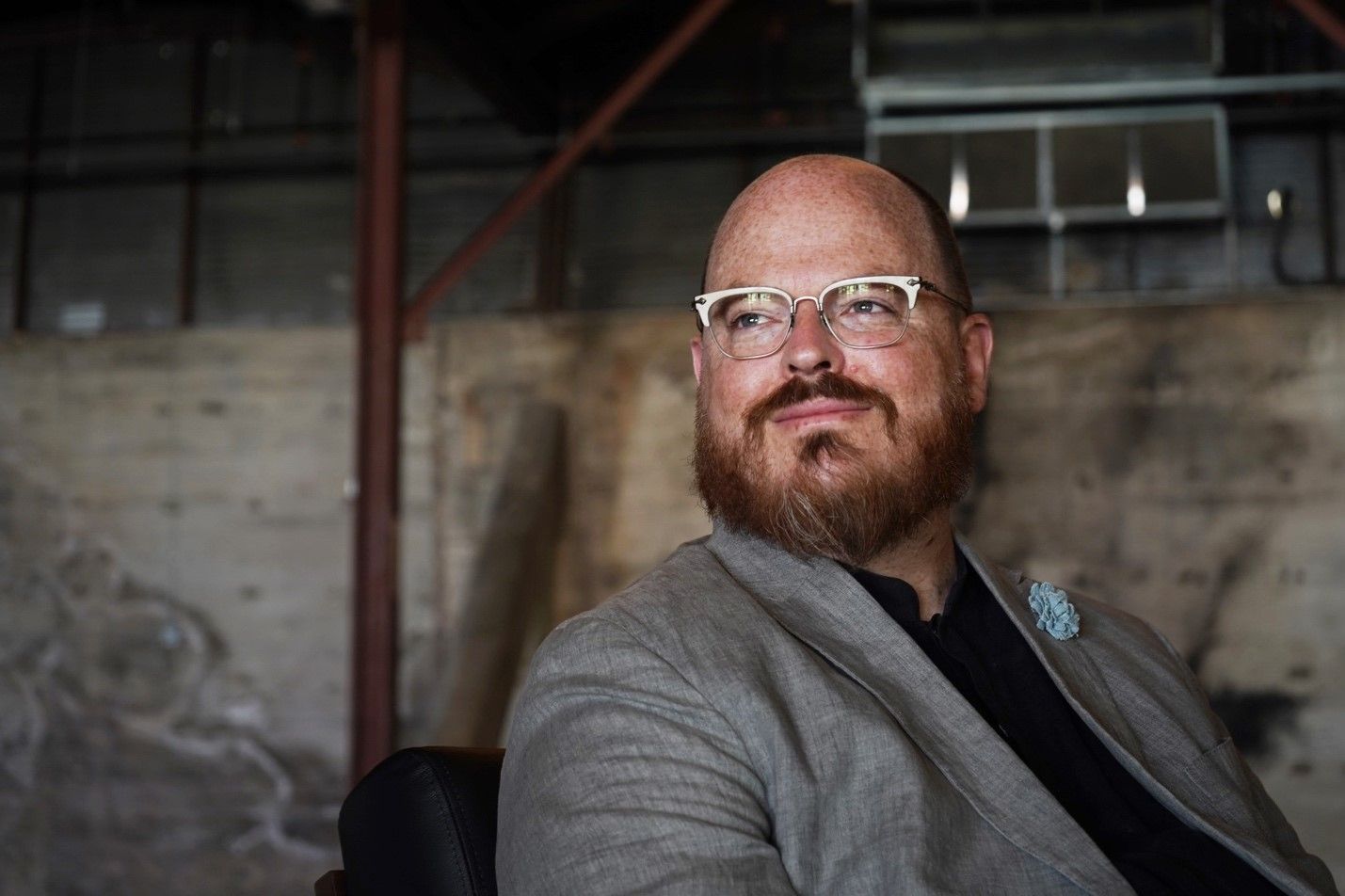 Jonathan Brill is a globally recognized advisor and speaker on successful innovation under uncertainty. The author of Rogue Waves: Future–Proof Your Business to Survive and Profit From Radical Change (McGraw-Hill, 2021), he was the Global Futurist at HP and the managing partner of innovation firms that generated $27 billion in new revenue for clients. Learn more and find tools at jonathanbrill.com.

Innovation is catnip for senior executives. 70 percent believe it is a top driver of growth and it’s the subject of over 10,000 HBR case studies. In the rush to innovate, they miss an underlying problem. It’s more likely that you will be disrupted than be the disruptor.

General Magic was perhaps the most innovative startup of the 1990’s. They invented the smartphone fifteen years before the iPhone. The people who formed the company’s core went on to change the world, among them Andy Rubin, who later invented Android; Tony Fadel, co–inventor of the iPhone and iPod; Kevin Lynch, who became the head of technology at Apple; and John Giannandrea, who became head of search and AI at Google, then at Apple.

General Magic raised $200 million based on their vision of a versatile, handheld digital wireless device, and got industry powerhouses like Apple, AT&T, Motorola and Sony behind them. Their first product, the Sony MagicLink, launched to great fanfare — then sold a dismal 3,000 units.

Why did the MagicLink fail so spectacularly? It wasn’t the talent, the vision, or the funding; General Magic had plenty of all three.

Innovation doesn’t exist in a vacuum.

The problem was the timing. It was 1994, and most people still hadn’t even heard of the internet. Nobody had bothered to ask customers if they wanted an iPhone, fifteen years before Apple launched it with earth-shattering success. The MagicLink was an extraordinary device, but the market wasn’t ready for it.

The obvious lesson here — don’t launch a product that there’s no market for — is an oversimplification. After all, there are plenty of examples of radically new products creating a rogue wave of demand, and building up their own categories practically from scratch. The iPhone did it, but so did streaming media services, the personal computer, and even the automobile.

When you create a new product, you need to either make sure that there’s an ecosystem to support it…or create the ecosystem yourself. Roads preceded the automobile, but automakers had to partner with oil companies to create a network of filling stations. Each of these related innovations helped reduce the risk of the new innovation connected to it.

This is where General Magic failed. As General Magic alumna, Joanna Hoffman said in retrospect, “The fact that you have a grand vision is wonderful. But try to digest it in bite-sized pieces.”

The brilliant team behind the MagicLink thought they were the disruptor. They hadn’t considered that it was far more likely that they would be disrupted. Your disruption strategy should take both into consideration. 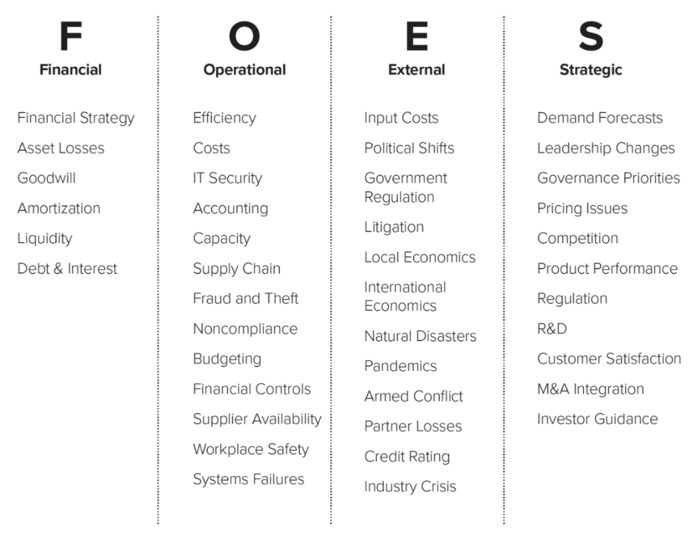 When you listen to interviews with General Magic employees, it’s clear that the company failed to innovate around any of them:

General Magic was perhaps the most innovative company in Silicon Valley, but it didn’t change its risk/reward calculus by doing so.

The lesson? Innovate for disruption before you innovate to disrupt.

We tend to think of breakthrough products or features as innovations, because these are the most immediate, concrete examples. But many of the great innovations of our time have been new processes, new types of organizations, or even new regulations. When passenger air travel got radically safer in the 1980s, for example, it wasn’t due to a safer plane or better safety device. It was due to new protocols around safety checks.

This list is ordered from the most constrained and concrete types of innovation (Features and Products) to the broadest and most abstract (Ecosystems and Regulations).

Feature — Their product had best-in-class features.

Product — The device was lust worthy.

What the company missed is that Feature and Product innovation can only go as far as the deeper levels will allow them to:

Platform — They had assembled great wireless partners, but the technology needed to make the devices truly useful wouldn’t exist for another decade.

Process — They had put processes in place to get a complex product shipped…but not to educate customers about the product.

Organization — They had assembled great leaders and a great team for developing a great product, not scaling up a great business.

Ecosystem — They had developed best-in-class partner relationships, but their massive wireless network partners saw the product as an experiment, not a bet-the-farm initiative. Interests were misaligned.

Regulation — While a startup couldn’t push governments or standards bodies, their partners could. Even with this muscle, the standards to truly monetize the technology were far away.

Most of us are aware of this interdependence, but it’s still common to see innovation happening at the wrong level. Between consulting at MIT and working with HP, I’ve spent plenty of time walking through research labs. I always encounter brilliant scientists and engineers, just like the ones at General Magic, who give spectacular demos of new products: self-driving cars, emotive robots, wind power technologies and more. Nearly all of them need nonexistent processes, organizational structures, ecosystems and regulation to thrive.

This isn’t to say these innovations are useless—in fact, it’s often worth talking through the ecosystem’s requirements with the experts. Like General Magic, they have the nut of the idea, but not the billion-dollar version.

General Magic’s one truly successful outcome is a good example of this.

While the tech dream team was busy designing devices, the customer support team in the basement was innovating around online communication and service platforms. In the wake of the MagicLink disaster, one of them pitched the idea of pivoting from making devices to becoming an internet flea market called AuctionWeb. Michael Stern, the company’s chief counsel replied, “That’s the dumbest idea I’ve ever heard. We’re not interested. Have fun.”

Management missed the boat, but Pierre Omidyar didn’t. He left General Magic and founded eBay, where today you can buy a mint condition MagicLink for about $130. Omidyar had realized that an online auction site, while less sexy than a personal computing device, was perfectly matched to recent innovations at other levels. Widespread internet, digital imaging, secure online transactions, and the emergence of digital communities all made it possible. Pierre just inserted the missing link.

Innovation can help your business achieve the seemingly impossible, but only if you know how the magic trick works.