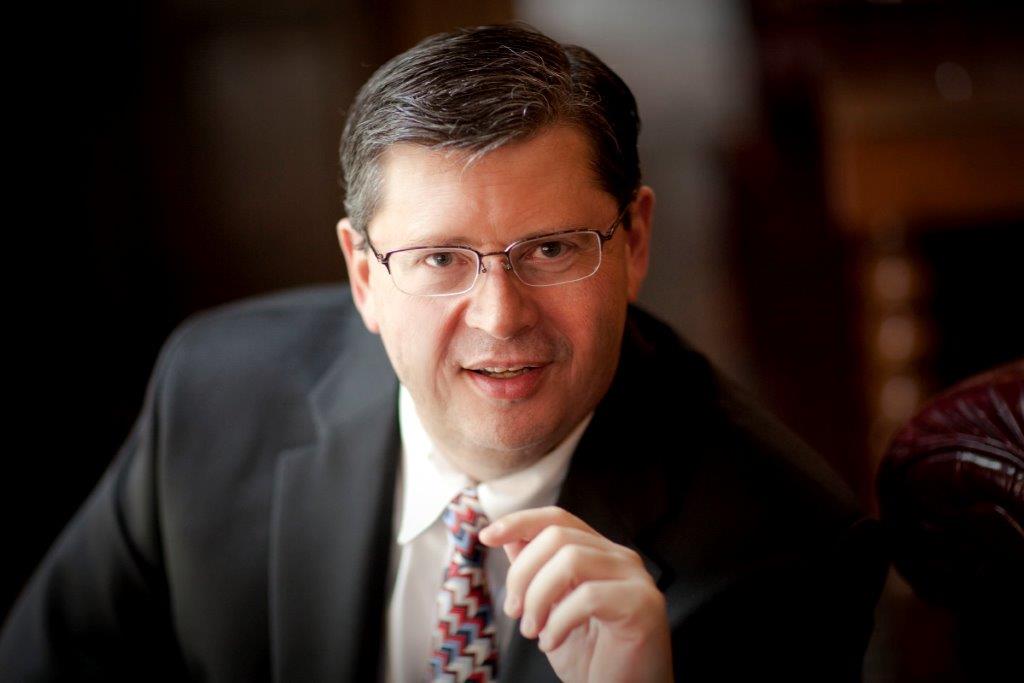 LONDON — Thinkers50, the global ranking of management thinkers, today announced that Richard A. D’Aveni is to be the recipient of this year’s Lifetime Achievement Award. Previous winners include Tom Peters, Rosabeth Moss Kanter, Michael Porter, and Philip Kotler.

‘The Lifetime Achievement Award is given to someone who has had a long-term impact on the way people think about and practice management,’ explains Thinkers50 co-founder Stuart Crainer. ‘Richard D’Aveni has been a fixture in the Thinkers50 ranking for over a decade and was inducted into the Hall of Fame in 2020.’

Adds Thinkers50 co-founder Des Dearlove: ‘Richard D’Aveni is an original strategic thinker, who produced one of the only genuinely new theories of strategy in a century. Throughout his career, D’Aveni has consistently championed the idea of using short term strategic moves to create temporary competitive advantage and keep rivals off balance. Very few management thinkers coin a new theory as D’Aveni did in his 1994 seminal book, Hypercompetition.’

In Hypercompetition, D’Aveni argued that competitive moves and counter moves escalate with such ferocity that traditional sources of competitive advantage were outdated. He warned that firms that prospered in the long run would only do so if they surprised competitors and created a series of ‘unsustainable advantages’ — brief periods of superiority that destroy the current industry leader’s advantage and provide unique value to customers. In this way, hypercompetitive firms disrupt competitors, forcing them to play continuous ‘catch-up.’

D’Aveni’s model shows how firms move up ‘escalation ladders’ as competitive advantage is created, eroded, destroyed, and recreated through strategic manoeuvring in four arenas of competition: ‘price and quality’, ‘timing and know-how’, ‘stronghold creation/invasion’, and deep pockets’, with winners setting the pace in each of these four competitive battlegrounds.

D’Aveni’s conclusion that competitive advantage cannot be sustained over time may seem obvious now, but in 1994 the Internet was still in its infancy and the term ‘disruptive innovation’ had not been introduced to the business lexicon.

‘D’Aveni’s ideas were controversial at the time, especially because they challenged the orthodoxy of Michael Porter’s Five Forces Framework, but they have proved prescient, describing the digital world we now live in,’ observes Dearlove.  ‘In Hypercompetition, D’Aveni was also talking about market disruption — a year before Clay Christensen wrote about his theory of Disruptive Innovation.’

‘Looking back, D’Aveni’s ideas seem self-evident — just as Isaac Newton’s theory of gravity explains why the apple falls to the ground — but it was brilliant at the time it was first postulated.’

The inspiration for the book came out of an experience D’Aveni had whilst on vacation.  ‘In August 1991, I was in Cape Cod when Hurricane Bob hit,’ he explains. ‘It knocked out the electricity supply for several days, so I had a news blackout. When the power came back on, the world had changed, with CNN reporting a coup against Mikhail Gorbachev — the first clear sign that the Soviet Union was about to fall. I had no idea that one of the most important economic and political changes in a generation could happen in just three days — so fast that it caught out the CIA.’

‘I stepped back and thought I’m teaching all these students about long term plans and consistent strategies — but how do you do that in a world where earth-shattering changes appear overnight? Even if you had the resources of the CIA, you couldn’t have seen that coming. So, I decided to write a book about unsustainable competitive advantages in an unpredictable world rather than traditional strategy.’

D’Aveni fleshed out his thinking with four card tables in his basement, playing a sort of business chess against himself. This was the origin of the four arenas of competitive manoeuvring and their escalation ladder. He also took inspiration from watching tennis players battling it out at Wimbledon, using stop action video to analyse their moves and counter moves, recognising that they contradicted what SWOT analysis (strengths, weaknesses, opportunities, threats) would have predicted.

D’Aveni’s next book, Strategic Supremacy: How Industry Leaders Create Growth, Wealth, and Power Through Spheres of Influence (2001), was inspired by sitting in the Tsar’s box at the Mariinsky Theatre in St Petersburg, in Russia, and was largely written in the same hotel dining room where Rasputin danced on the table and entertained the Tsarina.

His most recent focus is on how 3D printing will change strategies, firms, markets, and even geopolitics and his book, The Pan-Industrial Revolution: How New Manufacturing Titans Will Transform the World (2018), explains the strategic implications of recent advances in additive manufacturing.

Unusually, D’Aveni’s ideas have made the journey from the business world to the military. Generally, strategic concepts and constructs flow in the opposite direction, but his theory of hypercompetition has been adopted by parts of the US military — including the IndoPacific Command — as a strategic response to the growing influence of China in the Pacific region, recognising that in the event of a conflict there, the US would need to use a rapid, fierce, tactical strategy based on temporary advantages.

Drawing on his Italian heritage, D’Aveni is also famous among MBA students at the Tuck Business School, where he has taught for more than three decades, for using the Godfather movies as a case study. He encourages students to view the Five Crime Families, which include the Corleone family, as an oligopoly that is destroyed by new entrants — and the reactions of the main character Michael Corleone (played by Al Pacino) as a demonstration of his theory of hypercompetition — to reform the broken mafia structure.

In 2020, D’Aveni was inducted into the Thinkers50 Hall of Fame for his work on hypercompetition and additive manufacturing strategy and in 2017 received the Thinkers50 Distinguished Achievement Award for Strategy. He is also a recipient of the prestigious A. T. Kearney Award from the Strategic Management Society.

Rita McGrath of Columbia Business School, consistently ranked in the top 10 of Thinkers50, paid tribute to D’Aveni’s legacy. ‘Strategists could never look at competitive strategy the same way again after the publication of Rich D’Aveni’s ground-breaking book Hypercompetition. It has led to entire streams of literature that underpin how we are thinking about digital transformation and disruption now. The Thinkers50 Lifetime Achievement Award is a well-deserved accolade for a distinguished scholar and colleague.’

Fellow Thinkers50 Hall of Fame inductee, Gary Hamel, observed, in his endorsement of D’Aveni’s most recent book The Pan-industrial Revolution: ‘There are few authors with the prescience that Richard D’Aveni has had. Each of his books accurately predicted major shifts in the nature of competition and the economy.’

Richard A. D’Aveni is the Bakala Professor of Strategy at Dartmouth’s Tuck School of Business, where he has taught for more than three decades. He graduated from Cornell University’s College of Arts & Sciences, Suffolk University’s School of Law, and Boston University’s Graduate School of Management. He earned two degrees while working full-time on the governor of Massachusetts’ staff and the House Speaker’s staff for the State of Massachusetts.

After graduation, he became a Member of the Bar in Massachusetts and the Federal and District Court of Appeals (1979). From 1979 to 1982, D’Aveni worked in the tax division of Coopers & Lybrand, receiving his CPA in 1982.

D’Aveni earned his PhD from Columbia University’s Graduate School of Business, graduating in 1987.  He began his teaching career at Kenan-Flagler School of Business at the University of North Carolina, at Chapel Hill. In 1988, he became an assistant professor at the Tuck School of Business at Dartmouth College, advancing to the position of associate professor in 1992 and became tenured in 1993. He was promoted to full professor of strategic management in 1996, two years after the publication of his breakthrough book, Hypercompetition.

During his time at Tuck, D’Aveni has been a founding faculty member of international business schools in Israel, Japan, Mexico, and Vietnam, and taught in numerous senior executive education programs at Tuck, Bocconi, Wharton, and Yale. He also delivered keynote speeches to over two hundred Fortune 500 companies and conferences and acted as a strategy consultant or advisor to numerous CEOs in the Fortune 500. At one point, D’Aveni was advisor to half of the Fortune 10 CEOs, and, from 2000 to 2021, he was the principal advisor and sounding board for more than ten patriarchs of the Forbes top 100 richest families in the world.