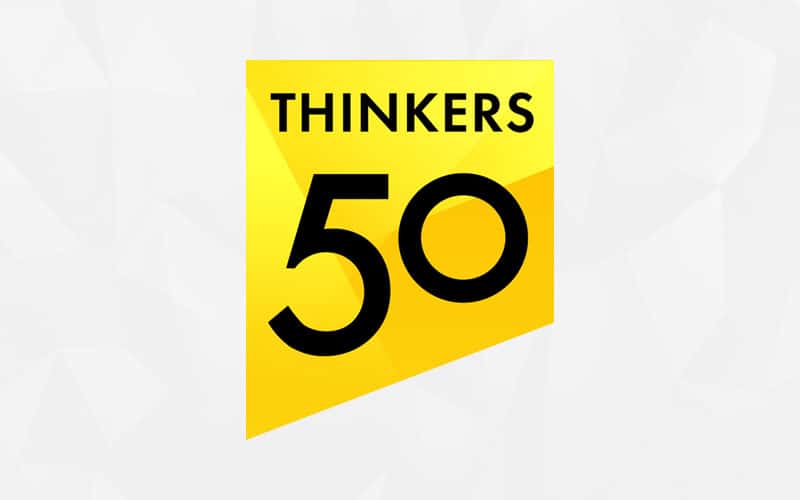 Who is the most influential living management thinker? The Thinkers50 2017 global ranking provides the answer. Published every two years, it is the essential guide to which business thinkers and ideas are in – and which have been consigned to business history. The 2017 Thinkers50 ranking was unveiled tonight at the “Oscars of Management Thinking” awards at the De Vere Grand Connaught Rooms in London.  The event attracted guests from more than 20 countries. 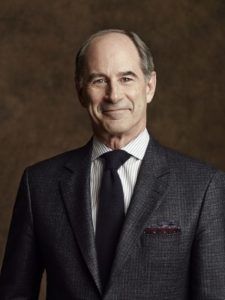 No. 1. Playing to Win: According to Thinkers50, the most influential management thinker in the world is the strategy and design-thinking expert Roger Martin from the Rotman School at the University of Toronto. Martin, who has consulted to dozens of corporations including a highly successful collaboration with Procter & Gamble, earns the No. 1 slot for the first time.

Martin’s influence on business strategy and thinking has been immense. He has championed the idea of integrative thinking, arguing that ‘and’ rather than ‘or’ thinking yields better solutions. Since the financial crisis of 2008, too, Martin has led a re-evaluation of the functioning of capitalism, observing that widening economic inequality is unsustainable in the long-term. His enlightened views on the role of the ‘socially effective executive’ have profound implications for society.

No. 2. Blockchain Evangelist: Moving up to the No. 2 spot is the Canadian technology guru Don Tapscott. Tapscott is the author of Wikinomics: How Mass Collaboration Changes Everything co-authored with Anthony Williams. His latest book Blockchain Revolution, co-authored with his son Alex, explores the impact of the technologies behind Bitcoin and other cryptocurrencies and digital payment systems.

No. 3. The Disruptive Guru: At No. 3 in the 2017 Thinkers50 ranking is Clayton Christensen, who topped the ranking in 2011 and 2013. Christensen is the author of several best-selling books including his classic The Innovator’s Dilemma, which introduced the idea of disruptive innovation to a generation of managers and explained why the management practices that have allowed them to become industry leaders also make it hard for companies to develop the disruptive technologies that others may use to steal away their markets.

No. 4. Blue Ocean Thinkers: In fourth position are the INSEAD professors W. Chan Kim and Renée Mauborgne.  Kim and Mauborgne, Korean and American respectively, are the authors of Blue Ocean Strategy and a string of highly influential HBR articles. Blue Ocean Strategy has sold over two million copies, and has been embraced by companies, not-for-profits and national governments around the world: Malaysia has a National Blue Ocean Strategy. Their new book Blue Ocean Shift: Beyond Competing was published in September 2017.

No. 5. May the Forces Be With You: Internationally renowned strategy and competitiveness expert Professor Michael Porter of Harvard Business School is ranked fifth. Regarded as the father of modern business strategy, Porter’s Five Forces framework is taught in business schools all over the world. More recently, his theory of Shared Value has led the way in a re-evaluation of the role and expectations of capitalism. He occupied the No. 1 slot in 2005 and 2015.

No. 6. Lifestorming Supercoach: Marshall Goldsmith, the world-renowned executive coach, completes the top six. An adjunct professor at the Tuck School of Business at Dartmouth College, Goldsmith recent books include Triggers: Creating Behavior that Lasts; Becoming the Person You Want to Be; and Life Storming: Creating Meaning and Achievement in Your Career and Life, co-authored with Alan Weiss.

Other stories to come out of the new 2017 ranking:

“We are delighted to see so many new faces in the Thinkers50 ranking,” said Stuart Crainer, who created the ranking with Des Dearlove in 2001. “The guru industry used to be pale, male and stale but that is no longer the case. There are a lot of great new ideas and thinkers coming through. As boundaries between disciplines blur, it’s also getting harder to pigeon-hole them into traditional disciplines like strategy, marketing or innovation.”

“The world of management thinking has been completely revolutionised since we started the Thinkers50,” says Thinkers50 co-founder Des Dearlove. “The range of ideas and thinkers has never been broader.  All intellectual life is there – from Rachel Botsman’s work on trust to Susan David on emotional agility, Erin Meyer on culture mapping to Gianpiero Petriglieri on management insights from Bruce Springsteen.”

In addition, women won three of the eight Thinkers50 Distinguished Achievement Awards, regarded as the Oscars of Management Thinking. Susan David picks up the Thinkers50 Breakthrough Idea Award for her championing of the idea of emotional agility; Harvard’s Amy Edmondson wins the Talent Award for her work on teaming; and futurist Amy Webb collects the Thinkers50 Radar Award, presented to the most promising up-and-coming thinker, the fourth consecutive time the award has gone to a woman.

“When you consider that women constitute half the world’s population, they are still under represented in senior management roles, including the Thinkers50,” says Thinkers50 co-creator Des Dearlove, “but they are making exciting progress. It’s great to see them coming through now with some of the most exciting new ideas. What is particularly interesting is that many of the up-and-coming women thinkers are championing ideas that involve collaboration rather than old-fashioned competition.”

Global Thinking: The 2017 ranking draws from a wider geography than ever before.

Featuring in the top 50 are thinkers from the US, Canada, Bangladesh, Denmark, Holland, Korea, China, Spain, the UK, India, and Cuba.

THINKERS50 Lifetime Achievement: The American co-author of In Search of Excellence, the original business blockbuster, Tom Peters is honored with a Thinkers50 Lifetime Achievement Award. Peters is only the fifth person after Charles Handy, the Japanese thinker Ikujiro Nonaka, Henry Mintzberg and Michael Porter to receive the accolade.

“The Lifetime Achievement Award is given to someone who has had a long-term impact on the way people think about and practice management,” explains Thinkers50 co-founder Des Dearlove. “Tom Peters has done that and much more.  Charismatic, passionate, and insightful, Tom virtually invented the modern thought leadership industry. He co-authored, In Search of Excellence, which helped create the business book industry – and had a serious impact on how managers managed and how we viewed organizations. His intellectual energy and curiosity continue. Even now, Tom’s speeches are a restless tour de force. His perspectives have moved with reality. He is a keen tweeter, voracious reader, and endlessly enthusiastic. And, smart. Very smart.”

“If we were CEOs who would we call for strategic advice? The simple answer is someone who challenges our thinking. Richard D’Aveni is probably the most challenging of all. His advice is always based on solid research combined with a unique perspective on how individuals, companies, markets, and nations behave.  From hypercompetition to commoditization through to his recent work on Strategic Capitalism and additive manufacturing, D’Aveni has consistently set tomorrow’s agenda.”

“Scott Anthony’s work in the field of innovation is outstanding. What all his books have in common is a practical focus and deep attention to getting things done. His latest book, Dual Transformation co-authored with Clark G Gilbert and Mark W Johnson, looks at how companies can keep the wheels turning whilst at the same time reinventing the business – probably the greatest challenge facing business leaders today.”

“This is the technology age and the Tapscotts are formidable chroniclers of the trends and the technologies shaping our futures. Their work on the rise of blockchain technology stands apart for its clarity and practical insights.”