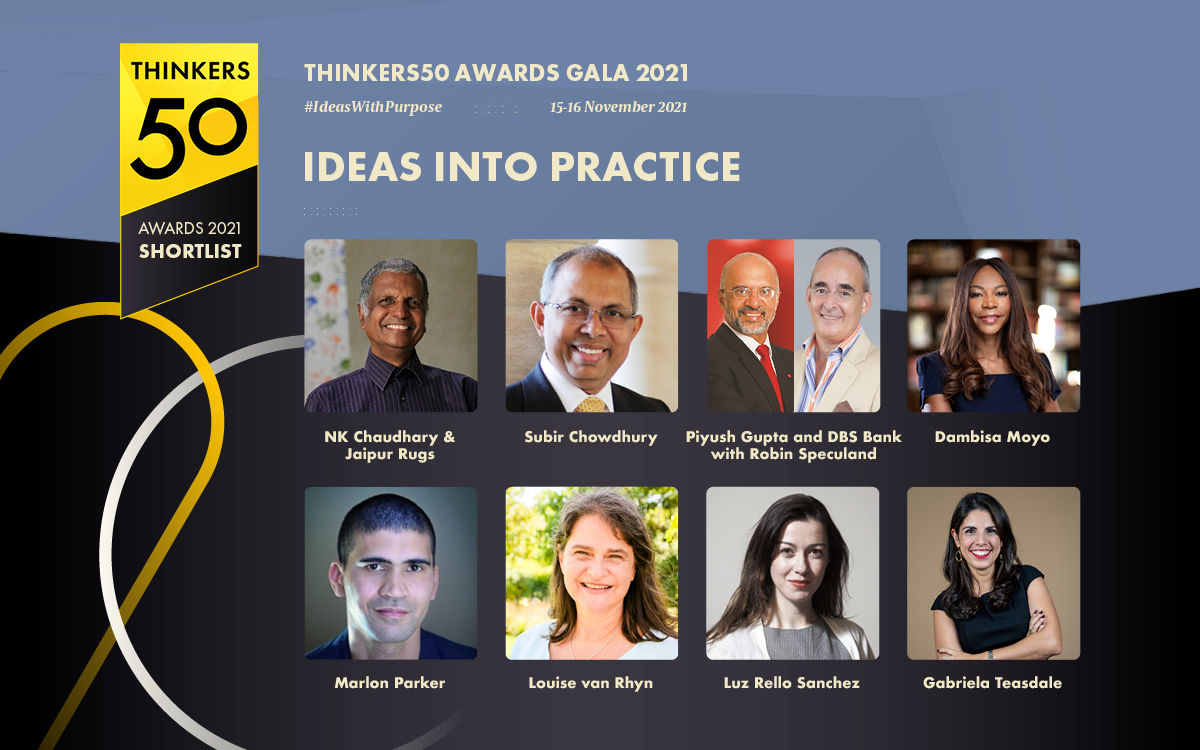 Nominations are in for the Thinkers50 Distinguished Achievement Awards for 2021. We are highlighting the shortlisted nominees and their achievements.

This week, we are sharing with you the 2021 shortlisted nominees for the Thinkers50 Ideas into Practice Award. 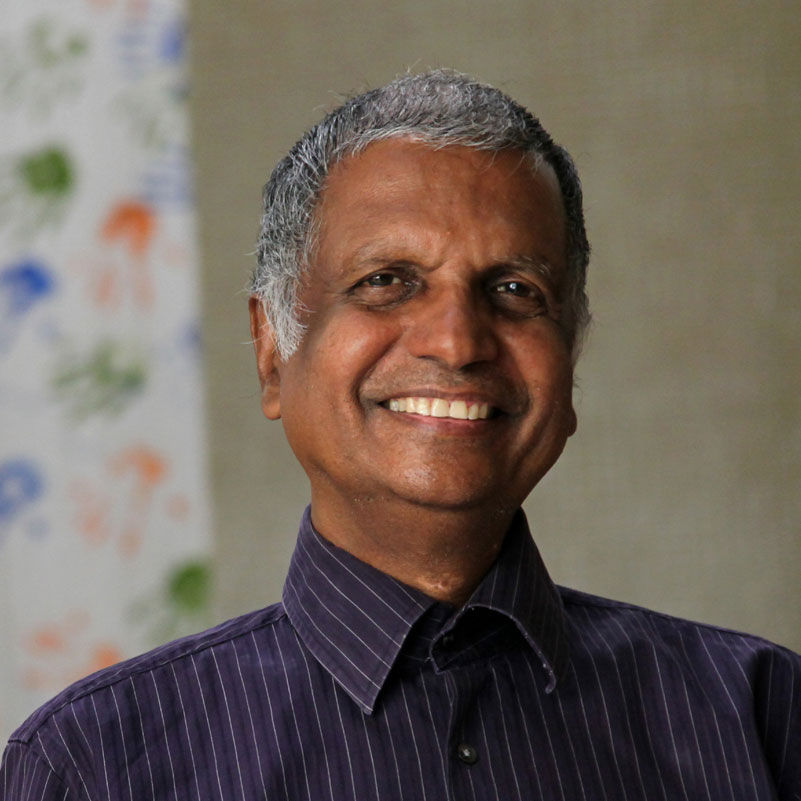 1: NK Chaudhary & Jaipur Rugs for their commitment to values-led growth

‘I have always been an advocate of for-profit solutions to social issues. Business can transform societies. They understand how to operate, how to truly serve customers, how to make a profit. When driven by love, they can truly transform individuals. Then they will not only succeed, but they will also heal society,’ says NK Chaudhary. He founded Jaipur Rugs in 1978, working beside nine artisans on two looms. He started his business on the principles of dignity. Today, he is the entrepreneur behind the one of the largest manufacturers of hand-knotted rugs and is often referred to as the ‘Gandhi of the Carpet Industry’. Raised in a traditional family in Churu, Rajasthan, NK took a loan from his father after college to buy a bicycle and some raw material to set up two looms for nine artisans in Churu. NK’s greatest achievement was subverting century old practices that shunned women, artists and the poor. In the company’s early days, he removed middlemen to connect directly with tribal artisans. He treated them with dignity, empathy and respect who were considered untouchables. Jaipur Rugs is built around core values of empathy, simplicity, integrity, shared wisdom and humility. 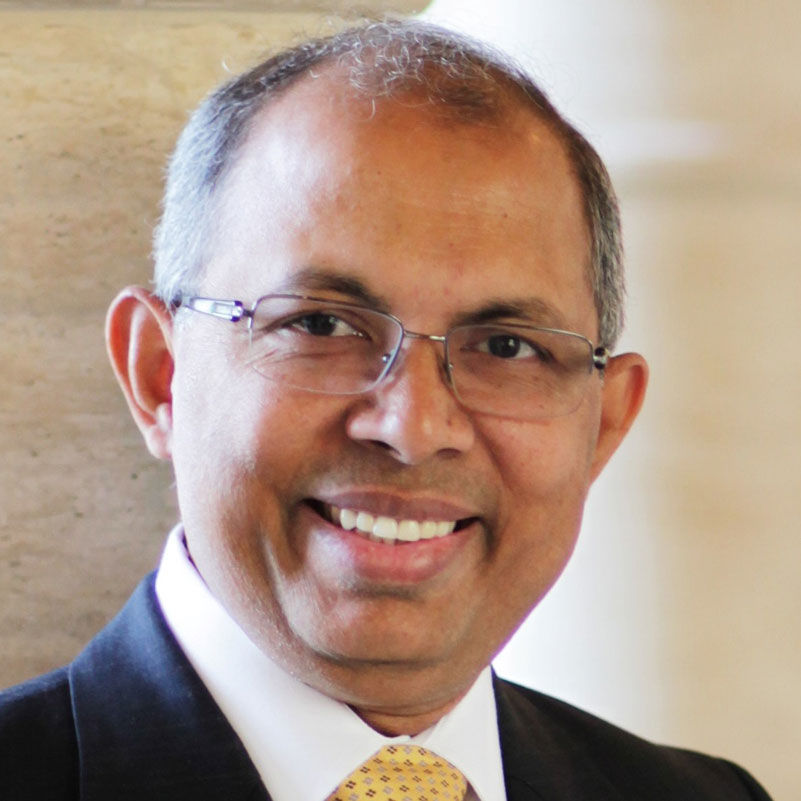 2: Subir Chowdhury for his work in quality and the relationship between literature and leadership

Subir Chowdhury is chairman and CEO of ASI Consulting Group and has helped hundreds of companies to transform their organizations by embracing quality and developing processes that increase profitability by saving billions of dollars and increasing market share. Born in Chittagong, Bangladesh, Subir is the author of 15 books, including The Difference (2017), The Ice Cream Maker (2005), The Power of Six Sigma (2001), and Management 21C (1999). In 2017, the Indian Institute of Technology, Kharagpur established the Subir Chowdhury School of Quality and Reliability, the first school of its kind in the world to promote the education and research on quality.

Along with his work on quality and processes, Subir champions the power of literature, and poetry in particular, to improve the practice of leadership—as well as the lives of those who lead. The University of Southern California has established the Chowdhury Prize, an annual international mid-career prize for writers. The prize seeks to identify authors who are at an inflection point, with a body of work already behind them, but also with significant future potential. 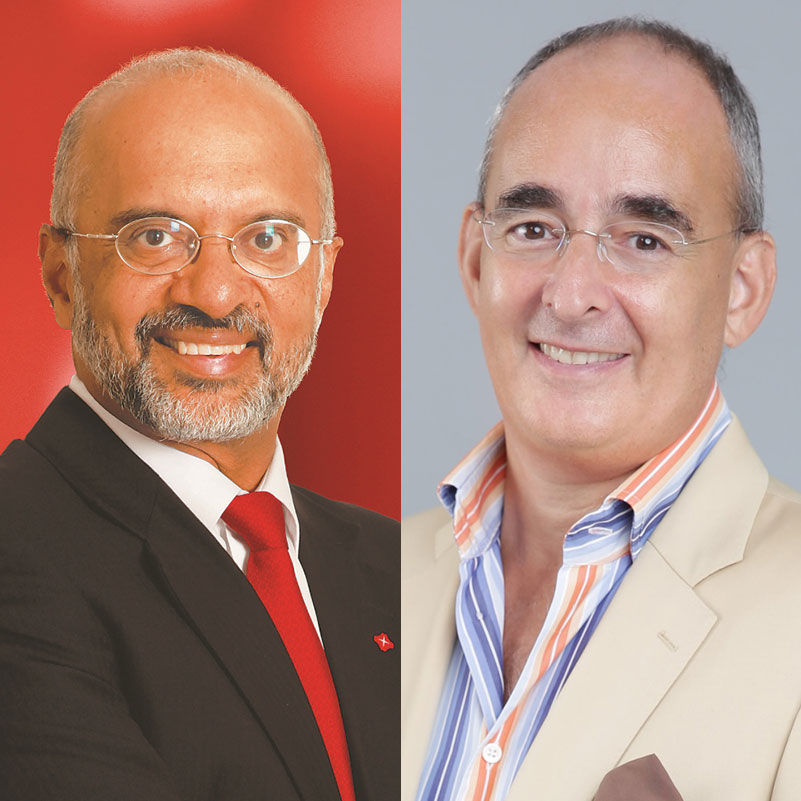 Piyush Gupta has been CEO and director of DBS Group since 2009.

DBS is a leading financial services group in Asia, recognized for being at the forefront of leveraging digital technology to shape the future of banking. The bank has been accorded accolades including “World’s Best Bank” and “World’s Best Digital Bank” by several global publications. In addition, in 2019, DBS was listed among the top ten most transformative organizations of the decade by the Harvard Business Review.

Robin Speculand is an expert in strategy and digital implementation. The founder of three companies and three business associations, Robin is CEO of Bridges Business Consultancy and co-founder of the Strategy Implementation Institute and the Ticking Clock Guys. Robin is also a TEDx presenter and facilitator for IMD, Duke CE, and Singapore Management University. His most recent work provides an in-depth analysis of the DBS transformation—World’s Best Bank: A Strategic Guide to Digital Transformation (2021). 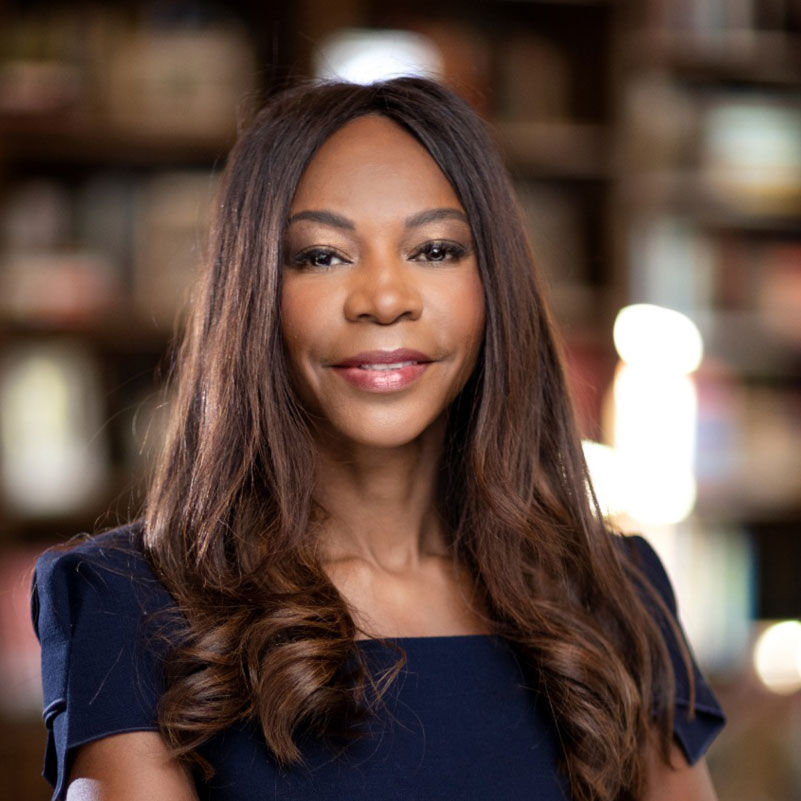 4: Dambisa Moyo for How Boards Work

Dambisa Moyo is a co-principal of Versaca Investments, a family office, focused on growth investing globally. She serves on a number of global corporate boards including 3M Corporation, Chevron, and Condé Nast, as well as the Oxford University Endowment investment committee. Her areas of interest are in capital allocation, risk, and ESG matters. She is the author of four books: Dead Aid (2009), How the West was Lost (2011), Winner Take All (2012), Edge of Chaos (2018) and, most recently How Boards Work: And How They Can Work Better in a Chaotic World (Bridge Street Press, 2021). The book identifies the three key responsibilities of a corporate board; the levers and limitations boards have to create change across the business landscape; and asks whether corporate boards remain the ideal governance structure in the 21st century. 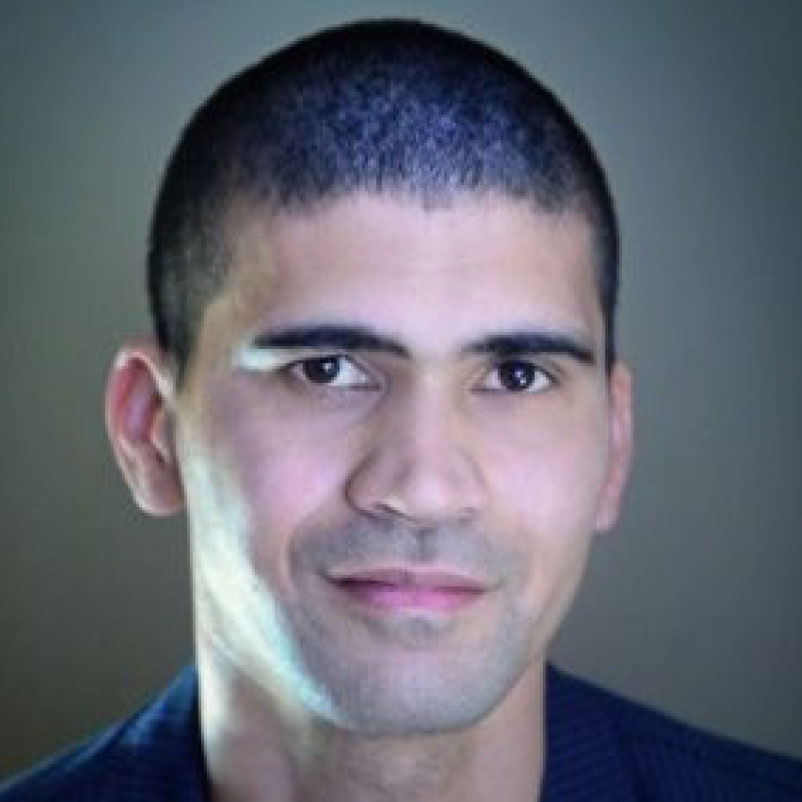 Marlon Parker is founder of the Reconstructed Living Lab (RLabs). RLabs is a South African award-winning non-profit company. It was established in 2009 in Bridgetown, Cape Town. The RLabs model has since expanded to 23 countries across five continents impacting more than 18 million people through its work. The main aim of RLabs is to create environments and systems where people are impacted, empowered and transformed through hope, innovation, technology, training and economic opportunities. To date, more than 200,000 people have accessed RLabs skills, training and economic empowerment programmes. Marlon has been listed as one of the 100 World Class South Africans, is an alumni of President Obama’s Young African Leaders initiative and a honorary faculty member of the International School of Digital Transformation. He was the co-founder of JamiiX, the backbone of one of the largest mobile chat networks in the world with more than 4.5 million people being reached since its inception. He was the Lead SA Hero of 2015 and was listed by Quartz as one of the African Innovators of 2017. 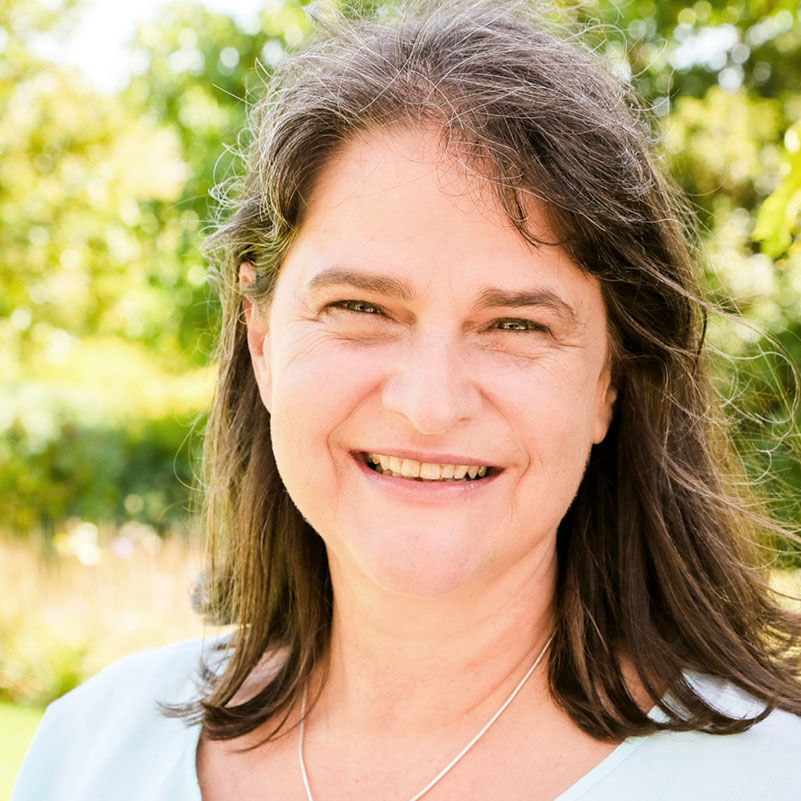 Louise van Rhyn is a social entrepreneur. She believes the worlds’ huge intractable problems can be solved through cross-sector collaboration and a solid understanding of complex social change.

Louise is the designer of the Partners for Possibility (PfP) programme – an innovative nation building and leadership development process for business and school leaders. Business leaders develop their capacity to lead in a complex and unfamiliar environment by becoming a co-learning and co-action partner to a school principal. The focus of their partnership is to lead positive change in an under-resourced school, thereby reducing inequality in education.

So far more than 3,100 leaders across South Africa have benefited from the programme and more than a million lives have been impacted by their work (as validated by the Million Lives Club). Leaders report that they learn more about compassionate and purposeful leadership from working with a school in an under-resourced community than attending a course at a business school. School leaders are equipped and empowered with the skills and agency to lead change at their schools.

Partners for Possibility has won many national and international awards for innovation and impact.

Louise is the co-author of Partners for Possibility: Stories of Impact (2021). 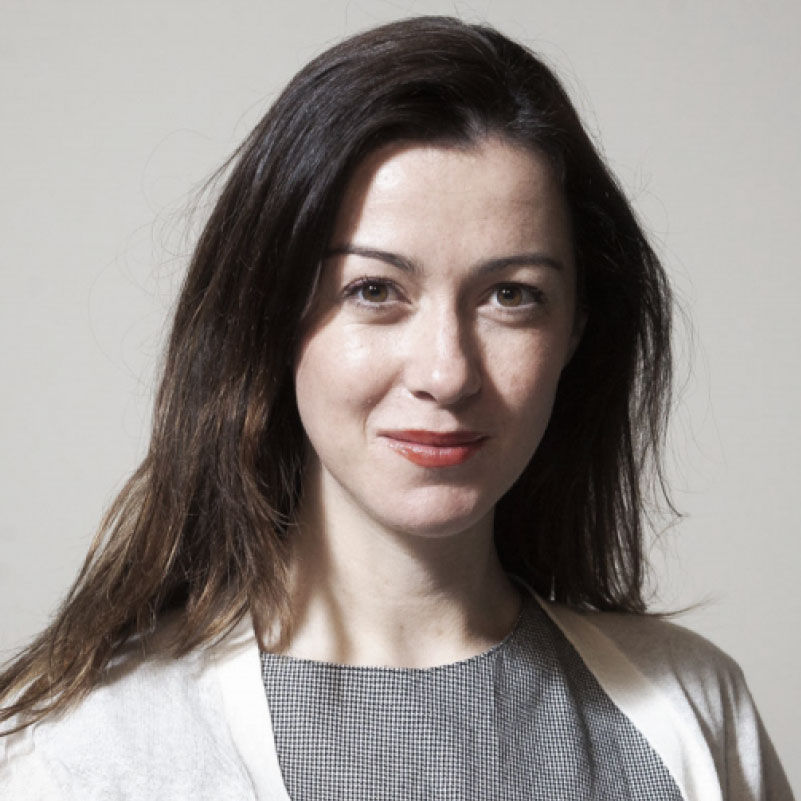 7: Luz Rello Sanchez for her campaigning work as founder of Change Dyslexia

Luz Rello Sanchez is an assistant professor at IE Business School in Spain, a prolific researcher, and tireless champion for dyslexics. She is a member of the Thinkers50 Radar community for 2021. Luz is the founder of the social company Change Dyslexia, which aims to minimize the negative impact of dyslexia worldwide. Its work focuses on emergent technologies to help with dyslexia. Her tool, Dytective combines machine learning and computer games to screen and treat dyslexia and is the most used online dyslexia test. Luz is the author of two books in Spanish, as well as two published children’s books. 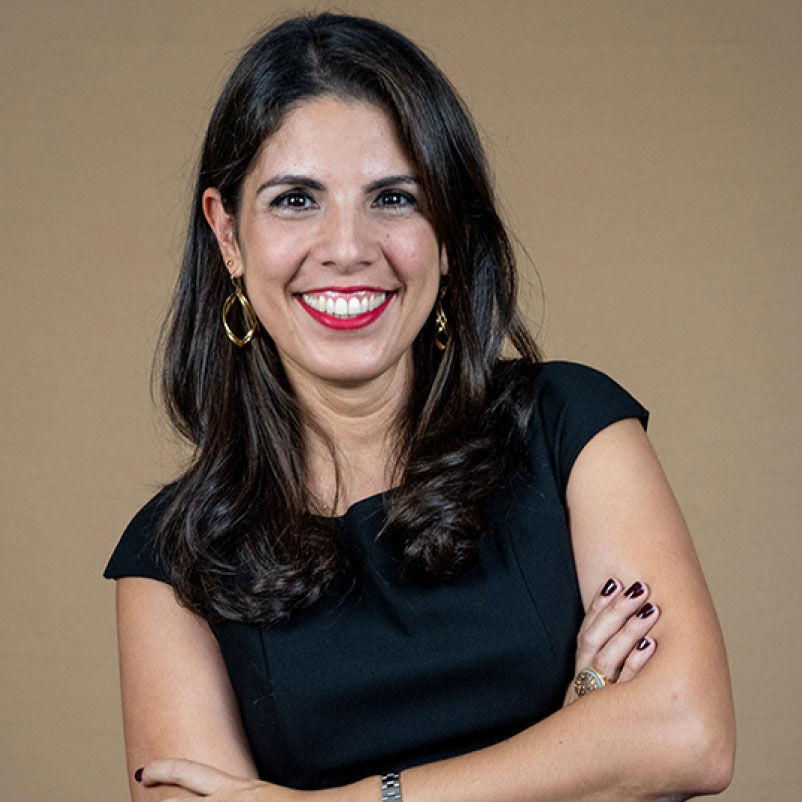 8: Gabriela Teasdale for the Transformation Begins with Me initiative in Paraguay

Gaby Teasdale is an author, businesswoman, social-entrepreneur and leadership coach. Born and raised in Paraguay, she was educated in Paraguay and the United States. She is a Marshall Goldsmith MG100 coach and is the founder of Pro Líder Training, a leadership development organization dedicated to developing leaders in different countries. She is also the founder and president of Transformación Paraguay, a nonprofit with a vision to train one million Paraguayans in leadership values.  Working in collaboration with the John Maxwell Leadership Foundation, Gaby and her team have trained more than 300,000 people to date. Transformación Paraguay also teaches leadership values to young people in more than 2,000 public schools all across the country, reaching more than 150,000 people. 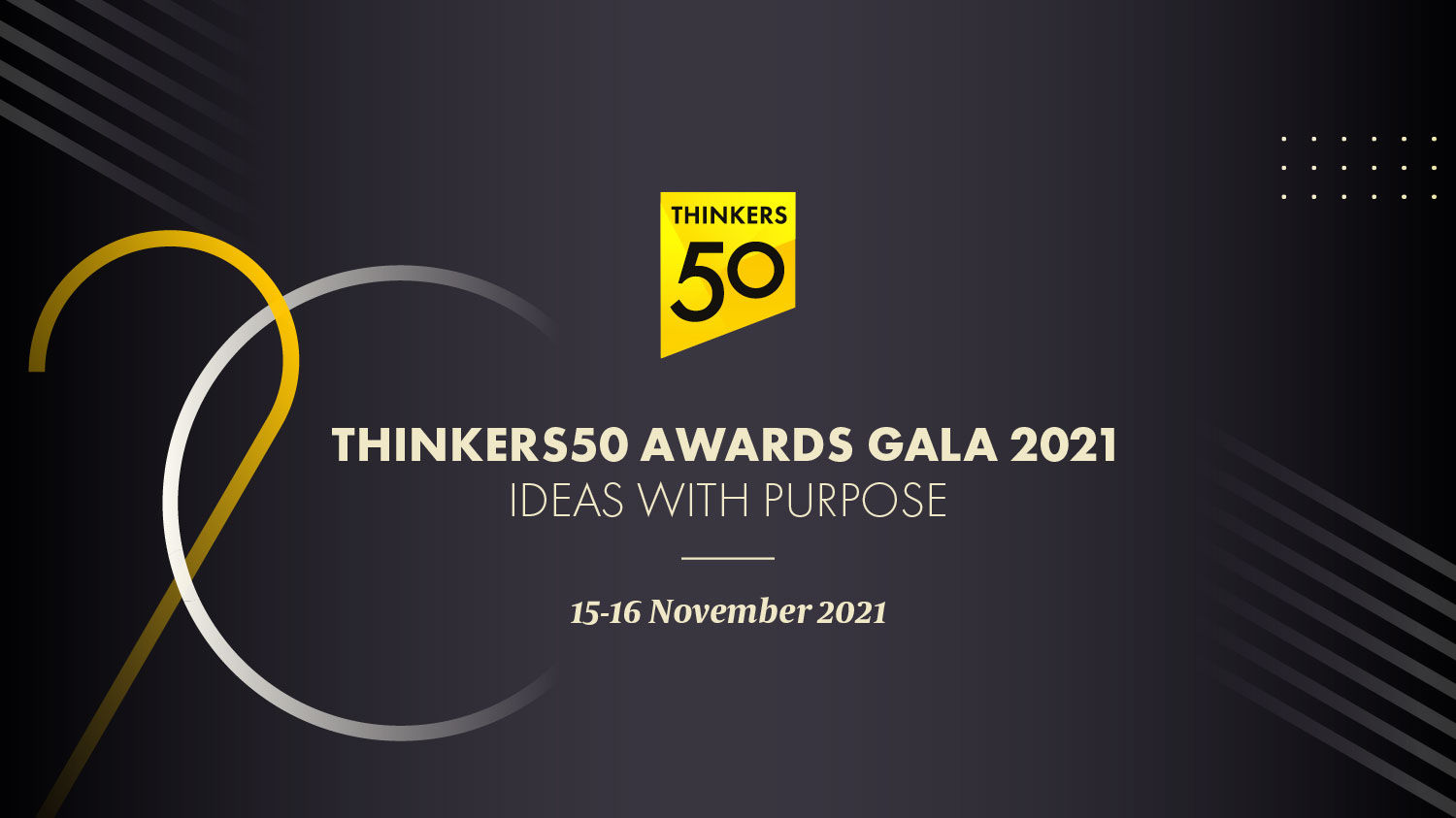 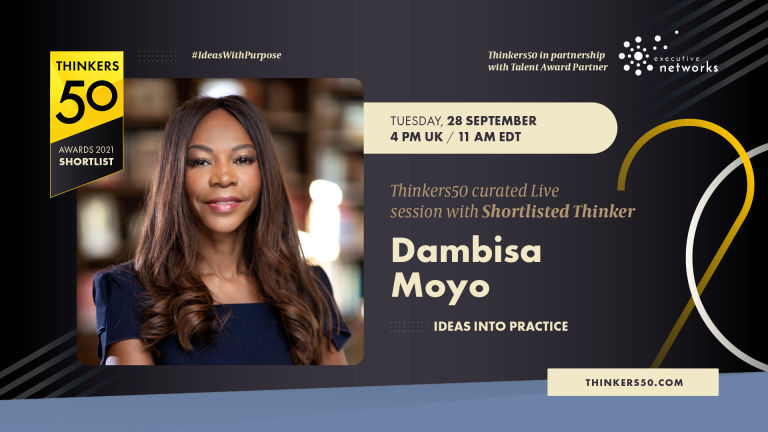 PrevThinkers50 Hall of Fame 2021: Reuel J. Khoza
Thinkers50 Curated LinkedIn Live Session with Todd CherchesNext
PrevPrevious
NextNext
We use cookies to ensure you get the best experience on our website and continuing implies your consent - Read our full cookie policy Okay, don’t show me again
We Use Cookies...