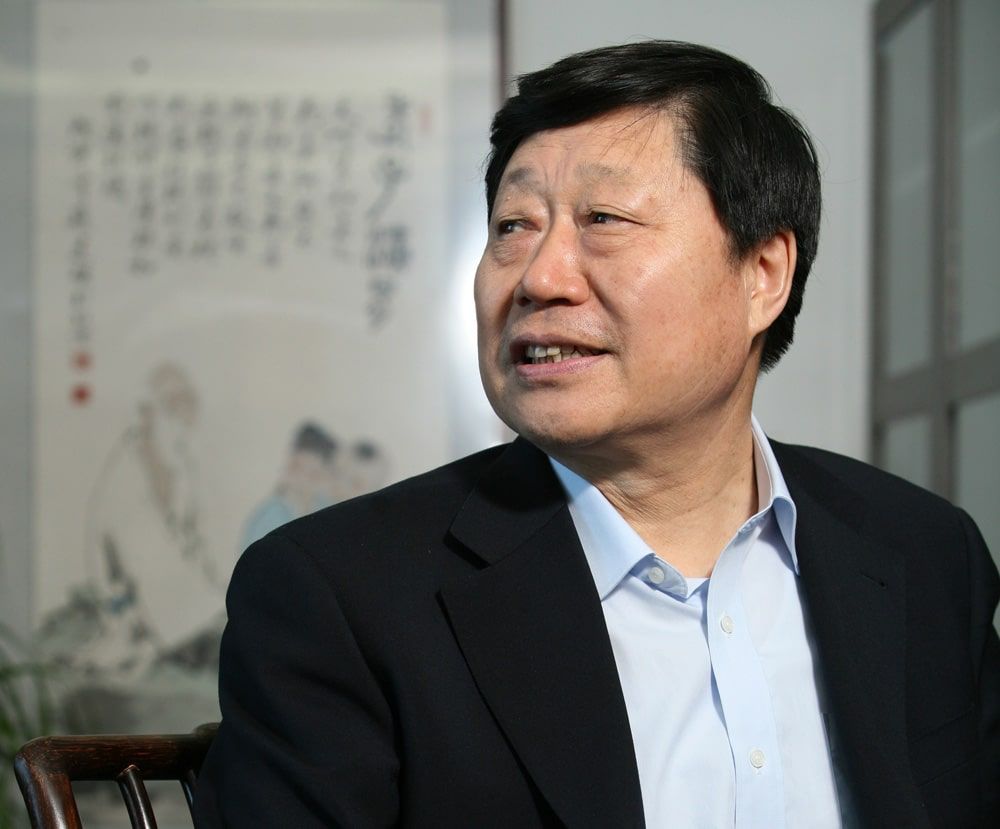 At Haier, we believe we should be brave enough to ‘deny ourselves’, a concept deeply rooted in Chinese philosophy. ‘Denying ourselves’ is to get rid of the idea that we are successful and to be aware that we need to overcome our weaknesses and continually improve ourselves. Winning today is not sufficient, as we also need to win tomorrow. We need to strive for sustainable innovation, quickly developing a series of competitive advantages and then upgrading, seizing fleeting or instantaneous opportunities.

We have determined a strategy for the Internet age. Our goal was to create the best user experience possible. In The Third Industrial Revolution, Jeremy Rifkin said that the third industrial revolution has a scattered, cooperative nature and a flat structure based on community gathering, and he proposed that we move from ‘globalization’ to ‘intercontinentalization’.

Now we are moving back to ‘globalization’ from ‘intercontinentalization’, even back to ‘nationalization’. But this is not a backward step, it is a response to individualized needs. The Internet age has solved the problem of information asymmetry in the traditional economy, in which users knew less than businesses, information was in the hands of businesses, and users could only get what the business wanted to provide. Therefore, in the past, the business winners were the biggest advertisers. Now, users can get all the information they want on the Internet, so businesses have become passive. Enterprises have to listen to the users. This is equivalent to the users becoming leaders of the enterprises.

Intercontinentalization may further transform into regionalization, because of the flat structure created by community gathering. American industry has actually begun to do this – some companies have already begun reshoring. American firm GE returned its production base for washing machines and water heaters from Suzhou back to Louisville. The company’s Union President said to the US media that they moved back home to manufacture products in the United States, where manufacturing costs were 20–30 per cent lower than in China, thanks to their intelligent manufacturing. In addition, they could create value based on the needs of users.

In the years since Haier set up a factory in South Carolina in 1999, China’s manufacturing advantage has indeed declined. If Chinese companies are not innovative, still primarily serving as OEMs, soon there will be no foothold. When we started production in 2001, South Carolina had some of the lowest wages in the US. The salary offered by Haier was certainly not the lowest in the country, but even so the wages of American workers were nineteen times the wages of the workers in China. By 2013, the differential had reduced, so American workers were making only four times the wages of the workers in China. In the US, oil costs less than half the amount it costs in China. We compared the shipments collected from South Carolina and delivered to New Jersey, with those from Qingdao to Shanghai. The distance was almost the same, but the cost of Chinese road tolls were eighteen times greater than those in the US, mainly because in the US there were no road tolls for many super highways and there were no fines either.

I think enterprises fall into two types: one are the leading enterprises; the others are the treadmill enterprises. The term ‘treadmill enterprises’ is a metaphor I have created; the leading enterprises concept was from ideas about disruptive innovation and sustaining innovation put forward by Clayton Christensen. Disruptive innovation means completely changing the existing system to lead the industry – Apple is an example of this kind of innovator. Sustaining innovation is the basis of continuous improvement. It requires a lot of effort, but may not necessarily bring about good results. An example was the attempts to find methods to continue extracting oil from depleted oil fields. The US shale gas innovation took a different approach and has solved the problem, opening an alternative to oil fields. As a result, American gas prices are very low now, and the reserves are huge, so they can even export large quantities. 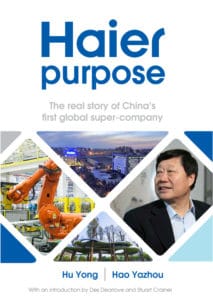 If a business is not a leading enterprise, then it is just a treadmill enterprise. They run very fast and cover lots of mileage on the treadmill, but they are only staying on the spot once the treadmill stops. Many companies are like this. It is the cause of low price competition and homogeneous competition, when everyone is very busy and works very hard, but in the end, the company makes no profit and is eliminated from the market. Therefore, Chinese enterprises should become  leading enterprises, rather than enterprises on treadmills.

PrevWhy enterprises exist
Zhang Ruimin – The beginningNext
PrevPrevious
NextNext
We use cookies to ensure you get the best experience on our website. By clicking “Accept”, you consent to the use of ALL the cookies. Read More Settings Accept All Reject
We Use Cookies...