Stay the Course on Investing In China 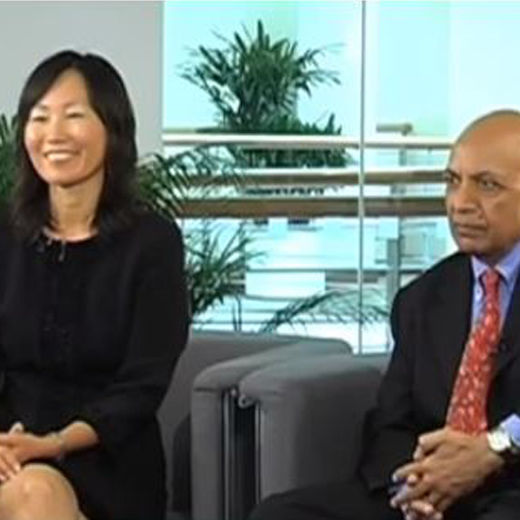 Given the U.S. economy’s sustained recovery, it is all but certain that the Federal Reserve will start to reduce bond-buying later this year and end it completely sometime in 2014. As real U.S. interest rates inch up, investors are pulling money back from emerging markets. With the tide of easy money receding, India, Indonesia, Thailand, Brazil, Turkey and a host of others face growing current account deficits, declining currencies, and a sharp slowdown in economic growth rates.

The ongoing turmoil poses a dilemma for multinational companies. Should they declare victory and come home because the emerging market story was mostly hype and is now over? Or should they look at the turmoil as an opportunity to acquire cheaper assets and deepen their commitment to emerging markets? Both past experience and conditions on the ground suggest that the second approach would be the smarter one.

The current turmoil is a direct result of weaknesses in political and economic governance. Emerging market governments have a history of undertaking reforms only when facing a crisis. As reforms usher in faster economic growth, growing tax revenues, and inward flows of foreign capital, politicians become complacent—until the next crisis. That is where many of the emerging markets find themselves today. If history is any guide, the current crisis will lead to needed reforms and greater economic stability, although the process will be neither quick nor easy.

Managers should remember that strategy is about making the right long-term choices rather than short-term tactical ones. By this standard, emerging markets remain attractive destinations. Rising interest rates in the U.S. don’t change the fact that hundreds of millions of consumers are entering the middle class, becoming more educated and productive, or that emerging markets will have a voracious appetite for products that help them as they invest in roads and bridges.

Seen from this perspective, the current crisis is also an opportunity. Emerging market assets have become very affordable, especially in U.S. dollars or euros. Since May 1, the Indian rupee has declined by 19%, the Brazilian real by 16% and the Turkish lira by 12% relative to the dollar. Also, most governments have become extremely keen to attract foreign-direct investment via acquisitions, joint ventures or greenfield investments in new factories and the like. This could be a particularly good time to acquire desirable targets in emerging markets.

It is exactly this logic which led GE to go on a buying spree in Asia during the financial crisis of 1997. During one 12-month period, GE Capital beefed up its asset base in Thailand by acquiring a credit card issuer as well as several auto-and-equipment finance companies, a well-timed move given low asset prices at the time and Thailand’s emergence since then as Southeast Asia’s manufacturing giant.

Given the ongoing tumult, it’s critical for managers to run the company as a well-coordinated intelligence network. Keeping ears close to the ground will enable them to read the weak signals and to anticipate the local and global effects of unexpected developments in any particular economy. In this respect, companies which are present in emerging markets already have an advantage over those which aren’t.

If anything, the ongoing—albeit bumpy—emergence of emerging markets will reward those companies that locate some of their most senior executives in the world’s key hotspots. Paul Polman, Unilever’s chief executive, is based in London. However, Harish Manwani, the chief operating officer, operates out of Singapore. Schneider Electric’s corporate headquarters is in Paris. But Jean-Pascal Tricoire, the company’s chief executive, and two of his top team members live and work out of Hong Kong. As these examples illustrate, the days of the monolithic mothership are vanishing rapidly.

Managers are right to be concerned about the risks. They should remember, however, that creating shareholder value requires a focus not just on today’s earnings but also on future growth. Smart companies need to stay the course with strategies that recognize the value still hiding in plain sight in emerging markets.

Mr. Gupta is a professor of strategy and globalization at the University of Maryland. Ms. Wang is managing partner at the China India Institute. They are the authors of “Getting China and India Right” (Wiley, 2009).

This post first appeared in The Wall Street Journal.

PrevThe World’s Top 50 Leadership and Management Thinkers
Why Foreign Retailers Stumble in ChinaNext
PrevPrevious
NextNext
We use cookies to ensure you get the best experience on our website and continuing implies your consent - Read our full cookie policy Okay, don’t show me again
We Use Cookies...