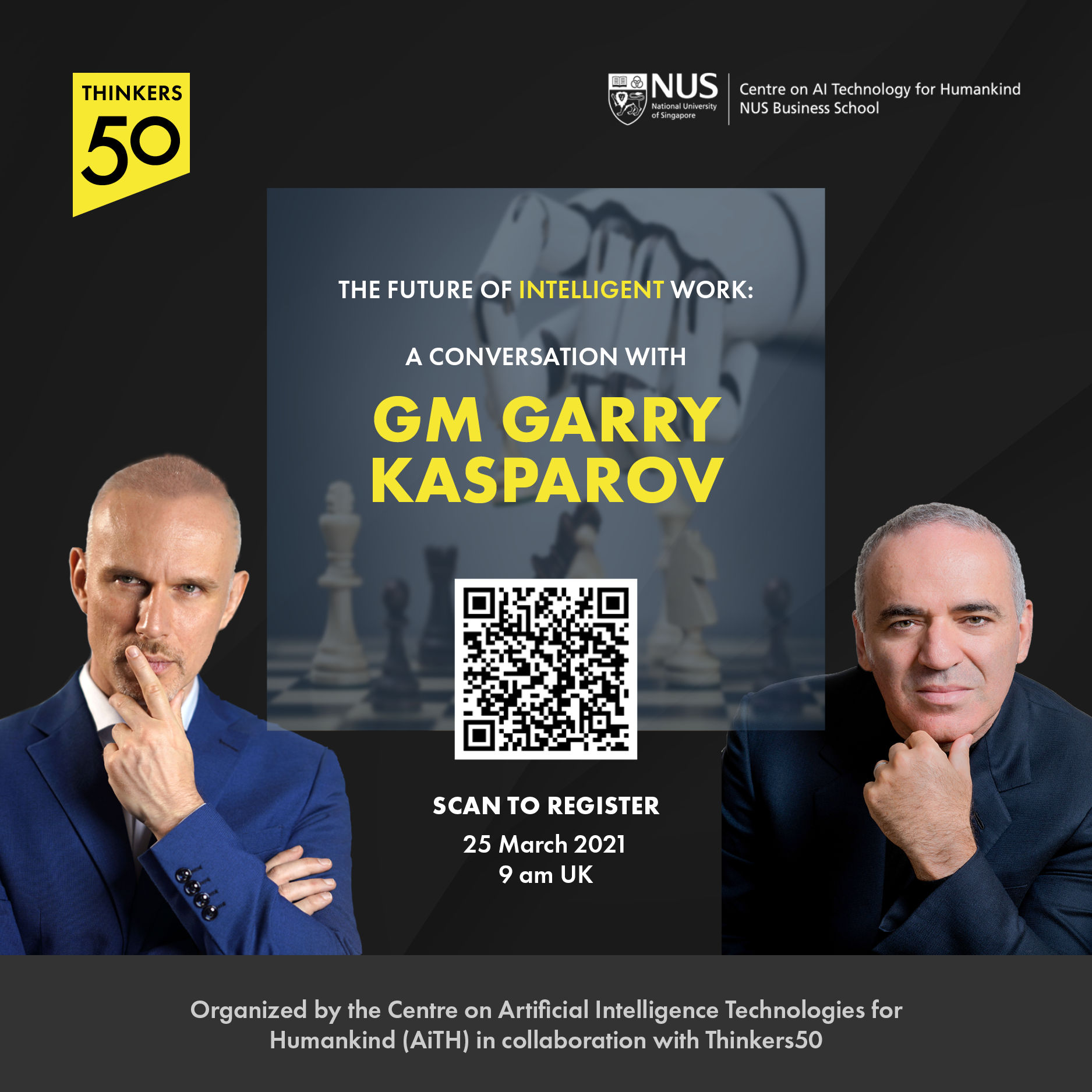 The Future of Intelligent Work: A Conversation with GM Garry Kasparov

Garry Kasparov became the youngest world chess champion in history at the age of 22 in 1985. He broke Bobby Fischer’s rating record in 1990 and his own peak rating record remained unbroken until 2013. His famous matches against the IBM super-computer Deep Blue in 1996 and 1997 were key to bringing artificial intelligence and chess into the mainstream. This sparked his passionate interest in AI and how humans interact with increasingly intelligent machines. He has written extensively on the topic, including his latest book, Deep Thinking: Where Machine Intelligence Ends and Human Creativity Begins.