When to let empathy guide your actions

When I was growing up in Chittagong, Bangladesh, many people traveled by rickshaw, including my father. Like my grandfather, my father had a profound influence on me too. He taught me many life lessons, most of which focused on thoughtfulness.

Every time my father traveled in a rickshaw, when the puller came up to a hill my father would exit the rickshaw and walked with the rickshaw puller. We lived in a hilly part of the country so this was not an uncommon occurrence but I was perplexed by my father’s actions because he was paying the puller money to ride in the rickshaw in the first place.

Why would he then get out during the most difficult part of the journey uphill?

Here is what he told me.

It is very difficult for the rickshaw puller to climb the hill. Simple, but profound and a perfect example of what it means to be competitive.

My father knew it was the right thing to do.

My father’s words stuck with me. When I was older, I did the same thing.  Whenever I was riding in a rickshaw and we encountered a hill or difficult terrain, I would exit the vehicle and walk alongside with the puller. Most people would not give rickshaw pullers the time of day, much less go out of their way to acknowledge and empathize with them.

I even visited some of the rickshaw pullers in their homes and wrote a newspaper article about my experience and what I learned from the pullers.

True empathy requires no effort. It is simply in nature part of who you are. 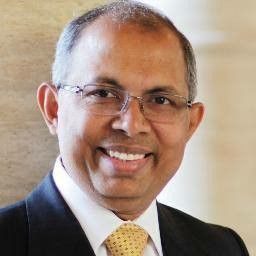