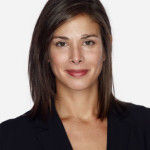 Co-author of What’s Mine is Yours: How Collaborative Consumption is Changing the Way We Live (HarperCollins) and a visiting lecturer at Oxford University, Saïd Business School, Botsman’s TED talk on the collaborative economy has been watched by more than 2 million people.

The T50 Breakthrough Idea Award celebrates a Eureka moment in management. It is given to a radical idea which has the potential to change the way we think about business forever. From Taylorism to the Fortune at the Bottom of the Pyramid, new ideas have challenged what we know about the world. This award is dedicated to the legacy of CK Prahalad who proved there is nothing so practical as a great idea.

Previous winners: The Ellen MacArthur Foundation for the circular economy; and Vijay Govindarajan for the $300 house.

2. Peers Inc./Robin Chase The incorporation of the peer-to-peer economy into the business world, championed by co-founder of Zipcar and transportation entrepreneur. Book published by Public Affairs (2015).

6. Behavioral Fitness/Lee Newman Workplace behaviors can be fine-tuned and improved in similar ways to how we improve our bodies. Positive psychology meets leadership courtesy of consultant turned b school professor, and dean of IE School of Human Sciences & Technology.

8. Leadership Capital Index/Dave Ulrich Prolific author from the University of Michigan’s Ross School, provides an index by which investors can gauge leadership strength of an organization. Book out later this year (Berrett Koehler). 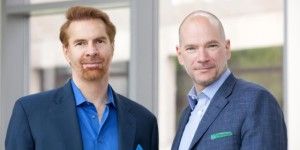 MIT co-authors of The Second Machine Age (Norton, 2014) and Race Against the Machine (Digital Frontier Press, 2011).

Digital technology has transformed the world of work. It has also changed the way we understand ourselves as human beings. But which thinker’s research and insights shed the newest and most original light on the new digital reality? The T50 Digital Thinking Award celebrates the thinker who has done the most to convert the digital language of the 0 and 1 into useful human insights.

2. Enrique Dans Professor at IE Business School, blogger at enriquedans.com, one of most followed global tech opinion formers with more Twitter followers than any other professor.

4. Umair Haque Commentator, HBR blogger, author of The Lamp and the Light (ebook, 2015). 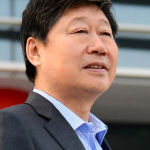 There is nothing so practical as a great idea. At Thinkers50 we value new thinking that makes a valuable contribution in the real world. Equally, we admire organizations that are open to new ideas no matter what their source. The T50 Ideas into Practice Award celebrates an organization putting new ideas to work.

Zipcar & Robin Chase The incorporation of the peer-to-peer economy into the business world made real by Chase, co-founder of Zipcar. 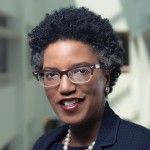 If necessity is the mother of invention, then innovation is its nurturing father. The word innovate comes from the Latin to “make new”. It has never been more pressing – in society as well as in organizations. The T50 Innovation Award recognizes the thinker who has contributed the most to our understanding of innovation over the last two years.

2. Alexa Clay & Kyra Maya Phillips Innovation comes from the fringe. How to hustle like a gangster, think like a pirate and more alternative takes revealed in Misfit Economy (Simon & Schuster, 2015). 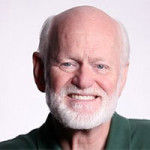 One of the world’s leading executive coaches and author, most recently of Triggers (Crown, 2015).

Teams, corporations, and organizations of every kind, demand and require leadership. Yet the nature of that leadership and how we understand the role of the leader is constantly being reappraised. The T50 Leadership Award acknowledges thinkers who shed powerful and original new light onto this perennial and still vital subject.

2. Marshall Goldsmith One of the world’s leading executive coaches and author, most recently of Triggers (Crown, 2015).

4. Heidi Grant Halvorson Social psychologist based at Columbia Business School and the NeuroLeadership Institute. Author of No One Understands You and What to do About It (HBR, 2015).

5. Herminia Ibarra INSEAD professor and author of bestselling Think Like a Leader, Act Like a Leader (HBR, 2015).

8. Liz Wiseman Former Oracle exec and author of Multipliers (Harper, 2010) and co-author of The Multipliers Effect (Corwin, 2013). Rookie Smarts: Why Learning Beats Knowing in the New World of Work (HarperBusiness, 2014). 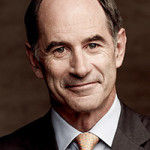 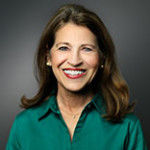 Osberg is President and CEO of the Skoll Foundation, and Martin is a best-selling author and director of the Martin Prosperity Institute at the Rotman School of Management. Osberg and Martin are co-authors of ‘Two Keys to Sustainable Social Enterprise’ (HBR, May 2015) and Getting Beyond Better (Harvard, 2015).

Capitalism can be a force for good. Social enterprises – businesses, which aim to do good as well as making a profit – challenge the way we think about business and its role in society. The T50 Social Enterprise Award celebrates the business thinker who has done the most to further our understanding of these nascent organizations.

1. Liam Black One of the UK’s best-known social entrepreneurs, having led successful social enterprises, most recently Fifteen with chef Jamie Oliver. Author of There’s No Business Like Social Business (The Cat’s Pyjamas, 2004), and the Social Entrepreneur’s A to Z (2014).

5. Leila Janah Social entrepreneur, founder of the Sama Group, youngest recipient of the Club de Madrid Leadership Award. Named Social Entrepreneur of the Year by the Social Enterprise Alliance, one of Fortune’s Most Powerful Women Entrepreneurs, and one of the seven most powerful women in tech in 2014 by Entrepreneur.

6. Johanna Mair Professor at the Hertie School of Governance in Berlin and visiting scholar at the Stanford Center on Philanthropy and Civil Society. Academic editor, Stanford Social Innovation Review.

8. Sally Osberg & Roger Martin Osberg is President and CEO of the Skoll Foundation, and Martin is a best-selling author and director of the Martin Prosperity Institute at the Rotman School of Management. Osberg and Martin are co-authors of ‘Two Keys to Sustainable Social Enterprise’ (HBR, May 2015) and Getting Beyond Better (Harvard, 2015). 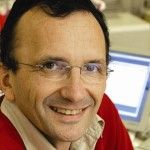 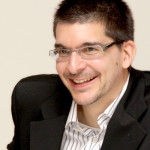 Where you are going and how you intend to get there lies at the heart of management and leadership. Strategy is the intellectual and inspirational lifeblood of organizations. The T50 Strategy Award celebrates the very best of strategic thinking. If you were running a corporation who would you turn to for strategic advice?

3. Pankaj Ghemawat Professor of Management and Strategy and Director of the Center for the Globalization of Education and Management at the Stern School of Business. Author of World 3.0 (HBR, 2011). 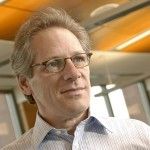 In ancient Greece the talent was a unit of currency. Today, human talent has become the global currency, with organizations competing for the very best people from around the world. With the changing attitudes to work and new generations entering the workforce, the challenge now is to better understand how talented individuals work best and they can be effectively attracted, motivated and retained. Research into talent has never been so important and practically useful.

3. Claudio Fernandez-Araoz Senior adviser at Egon Zehnder. Author of It’s Not the How or the What but the Who: Succeed by Surrounding Yourself with the Best, (HBR, 2014).

5. Adam Galinsky & Maurice Schweitzer The Columbia and Wharton professors are authors of Friend and Foe (Crown, 2015) which argues that the foundation of all human interaction lies in cooperation and competition. The key is to balance the tension between the two.

6. Whitney Johnson Founder and Managing Director of Springboard Fund, and co-founder of Rose Park Advisors along with Clayton Christensen. Author of Dare, Dream, Do (Bibliomotion, 2012); and Disrupt Yourself, (Bibliomotion, 2015).

7. Doug Ready Author of Harvard Business Review articles, Senior Lecturer in Organization Effectiveness at the MIT Sloan School of Management and founder of the International Consortium for Executive Development Research. 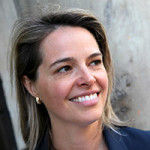 INSEAD professor and author of The Culture Map (Public Affairs, 2014) and articles in Harvard Business Review.

Which of the new generation of business thinkers is most likely to shape the future of business and business thinking? Whose work has the potential to challenge the way we think about management? With the T50 Radar Award we identify and celebrate the thinker-most-likely-to.

2. Steven D’Souza Director of Programs at the FT/IE Corporate Learning Alliance and co-author of the award winning, Not Knowing: The Art of Turning Uncertainty into Possibility (LID, 2014).

5. Jennifer Petriglieri INSEAD professor, rated as one of the best business school professors under the age of 40.

7. Lauren Rivera A professor at Kellogg, Northwestern University, Rivera is a cultural sociologist who previously worked for Monitor.

8. Arun Sundararajan Professor at Stern School of Business NY. His research has been recognized by six Best Paper awards, and been supported by organizations including Yahoo!, Microsoft, Google and IBM.

The T50 Lifetime Achievement Award acknowledges an exceptional individual whose work has made an important contribution to global thought leadership over an extended period. This person has brought insights that challenge the way we think about management. Their work must be global, original and embraced by practitioners. 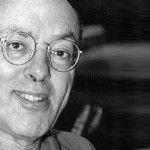 The 2015 recipient is Henry Mintzberg, most well-known for his 1973 book The Nature of Managerial Work.